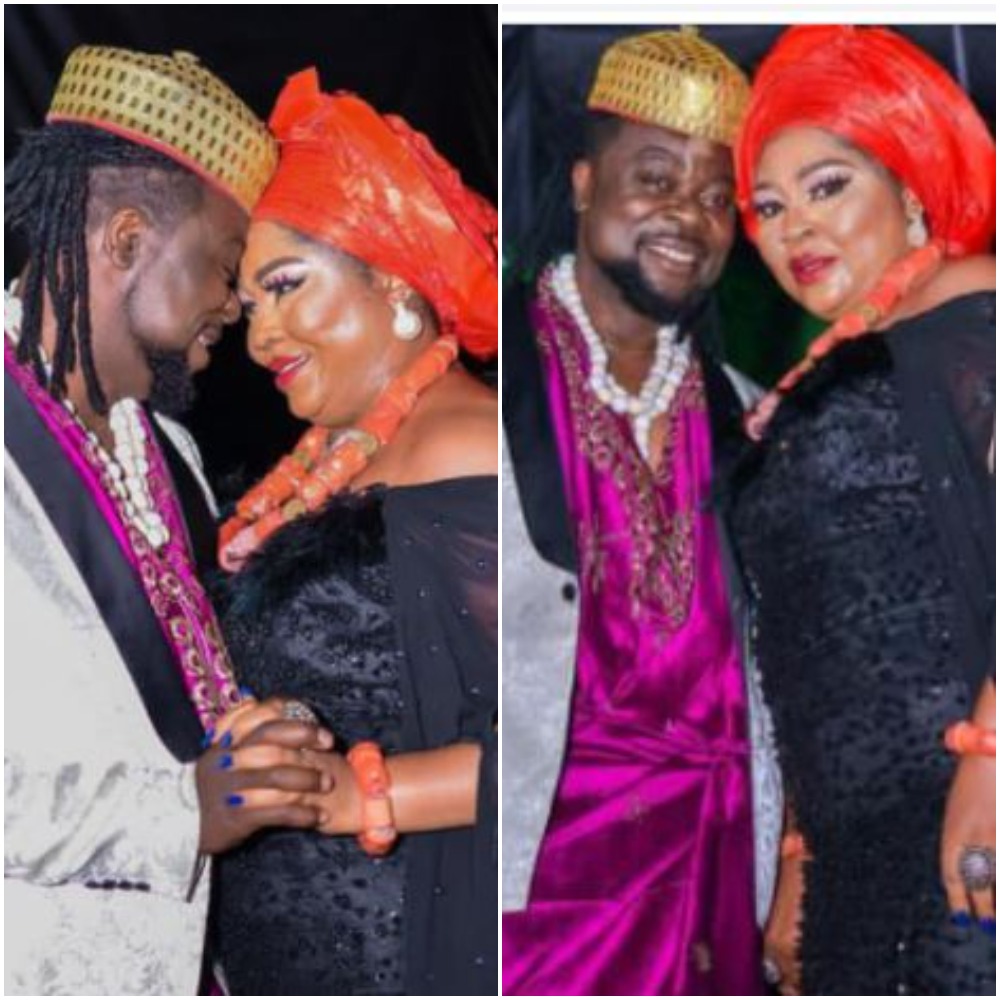 Lawrence, son of Nollywood actress, Rita Daniel, has dismissed the reports associated with the viral photos of his mother and her young lover, revealing they are untrue.

According to him, the actress was not involved in a secret wedding as widely speculated on social media.

The photos, he said, are from a movie scene from the veteran actress’ latest work.

According to him, the supposed marriage pictures that infiltrated the internet were scenes from a movie that his mother is part of.

He noted that social media users can go ahead to “catch cruise” as they will eventually be shocked when they find out the pictures are from a movie scene.

It would be recalled that Nigerians on social media slammed mother to controversial Nollywood actress Regina Daniels, Rita Daniels after photos of her traditional wedding to a young lover surfaced on social media.

The photos of the actress and her young husband all loved up in what appear to be a wedding have become a growing sensation. In another photo shared, Rita Daniels  was pictured being given an engagement ring in the presence of friend and well wishers.

Naija News can’t tell if these photos are from an actual wedding held or a movie scene, Although, according to reports, an insider confirmed that her Daughter Regina Daniels is not supporting the marriage, and she didn’t attend the traditional wedding.