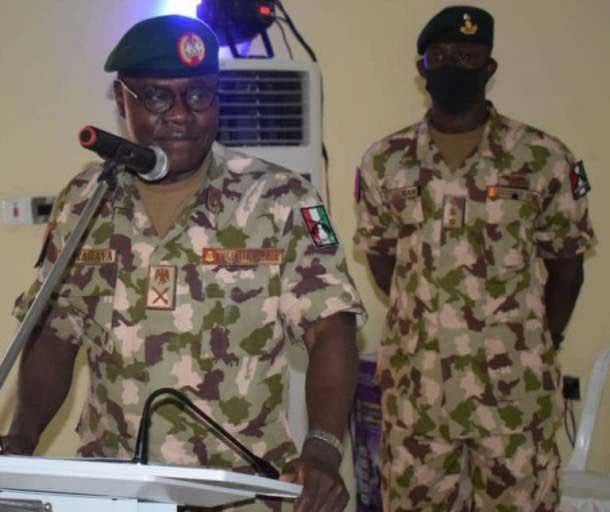 Following the appointment of Major General Farouk Yahaya as the new Chief of Army Staff, the Nigerian Army has released a statement containing his profile.

It will be recalled that Naija News earlier reported that President Buhari on Thursday, May 27, 2021, appointed Major General Farouk Yahaya as the new Chief of Army Staff (COAS).

Shortly after the new appointment was made public, the Nigerian Army in a statement signed by Brigadier General Onyema Nwachukwu, Acting Director Defence Information has released the profile of the new Chief of Army Staff.

Below is the full profile as contained in the statement on Thursday.

“Maj Gen Yahaya who is a member of the 37 Regular Course of the prestigious Nigerian Defence Academy (NDA), started his cadet training on 27 September 1985 and was commissioned into the Nigerian Army Infantry Corps on 22 September 1990.”

“Until his appointment as the COAS, Maj Gen Faruk Yahaya was the Theatre Commander Operation HADIN KAI, responsible for Counter Terrorism and Counter Insurgency operations in North East Nigeria.”

“He is happily married and blessed with children.”