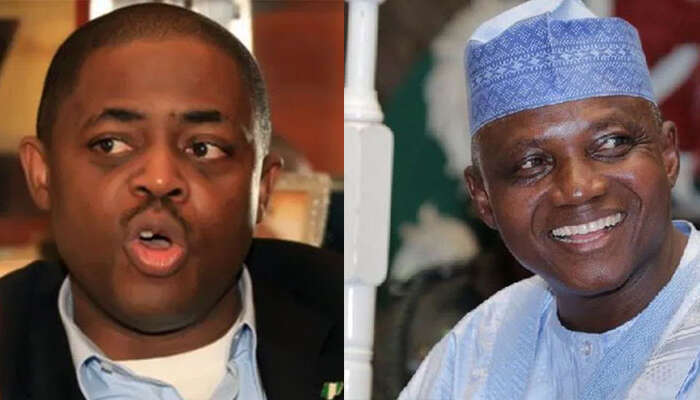 Former Minister of Aviation Femi Fani-Kayode has called on President Muhammadu Buhari to stop encouraging the activities of murderous and barbaric terrorists.

The Peoples Democratic Party (PDP) stalwart made this known in a statement on his Twitter handle on Wednesday, Naija News reports.

He warned that cows cannot stray into peoples land and eat up crops and destroy peoples harvest in the name of freedom of movement.

Fani-Kayode wrote: “The Presidency is wrong. No-one has the right to bring his cows into my land to eat my crops & destroy my harvest in the name of freedom of movement.

“Your freedom of movement, inclination to bestiality & unnatural love & affection for cows & donkeys does not give you the right to enter my land, come into my home, rape my wife, kill my children, steal my substance and treasure, take over my space, occupy my land and take from me all that is dear to me including my loved ones, family, ancestral lands and life.

“The Constitution does not give anyone that right and neither should our Government be supporting or encouraging the activities of murderous and barbaric terrorists who do nothing but steal, kill and destroy.”

It will be recalled that the Southern Governors banned open grazing and called on the President to address Nigerians on the security situation in Nigeria.

However, in a statement on Monday by the Presidential Spokesman, Garba Shehu, the Presidency said the plan by the governors to ban open grazing in the Southern part of the country is of “questionable legality”.