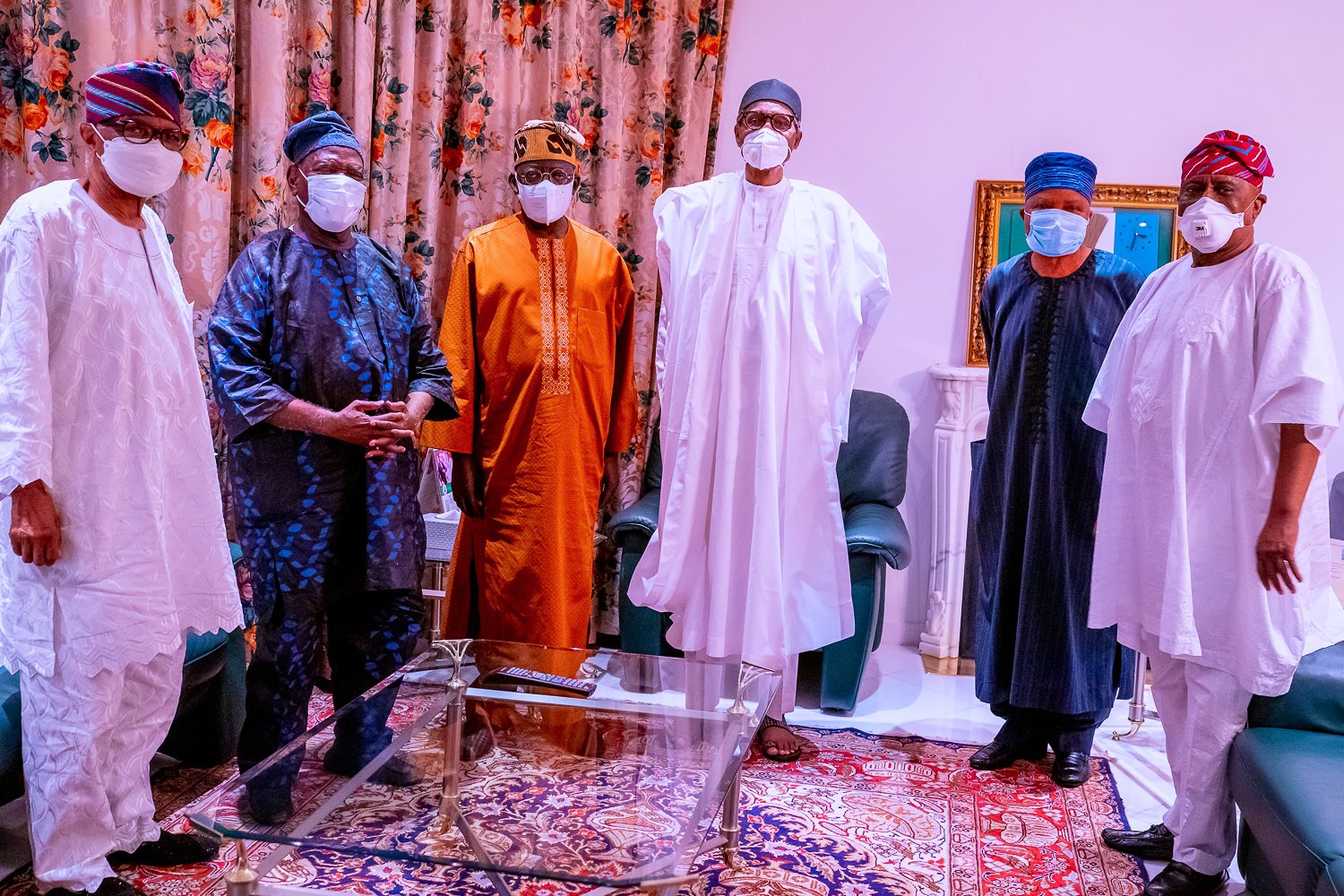 The National Leader of the All Progressives Congress (APC), Asiwaju Bola Tinubu has paid a condolence visit to President Muhammadu Buhari at the Aso Rock Villa over the death of the country’s Chief Of Army Staff, Lt. Gen Ibrahim Attahiru.

The delegation that visited Buhari on Monday night also included Chief Bisi Akande and some other southwest leaders.

Confirming the visit, presidential media aide, Bashir Ahmad took to his Twitter account on Tuesday where he wrote: “Last night, [email protected] received a condolence visit from South West leaders following the unfortunate plane crash on Friday in Kaduna that claimed the lives of late Chief of Army Staff, Lt. Gen. Attahiru, along with 10 other military officers.”

See some photos from the visit. 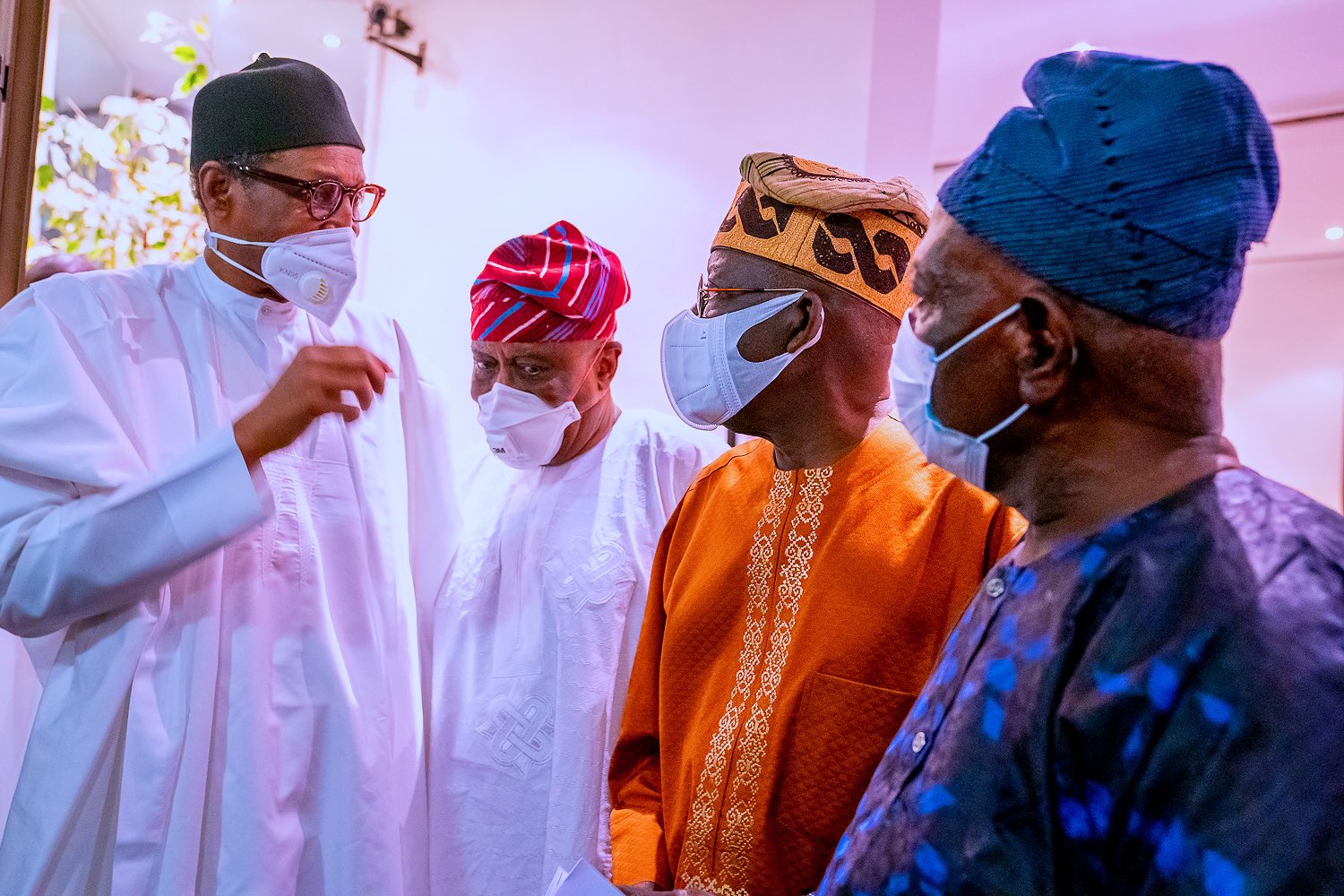 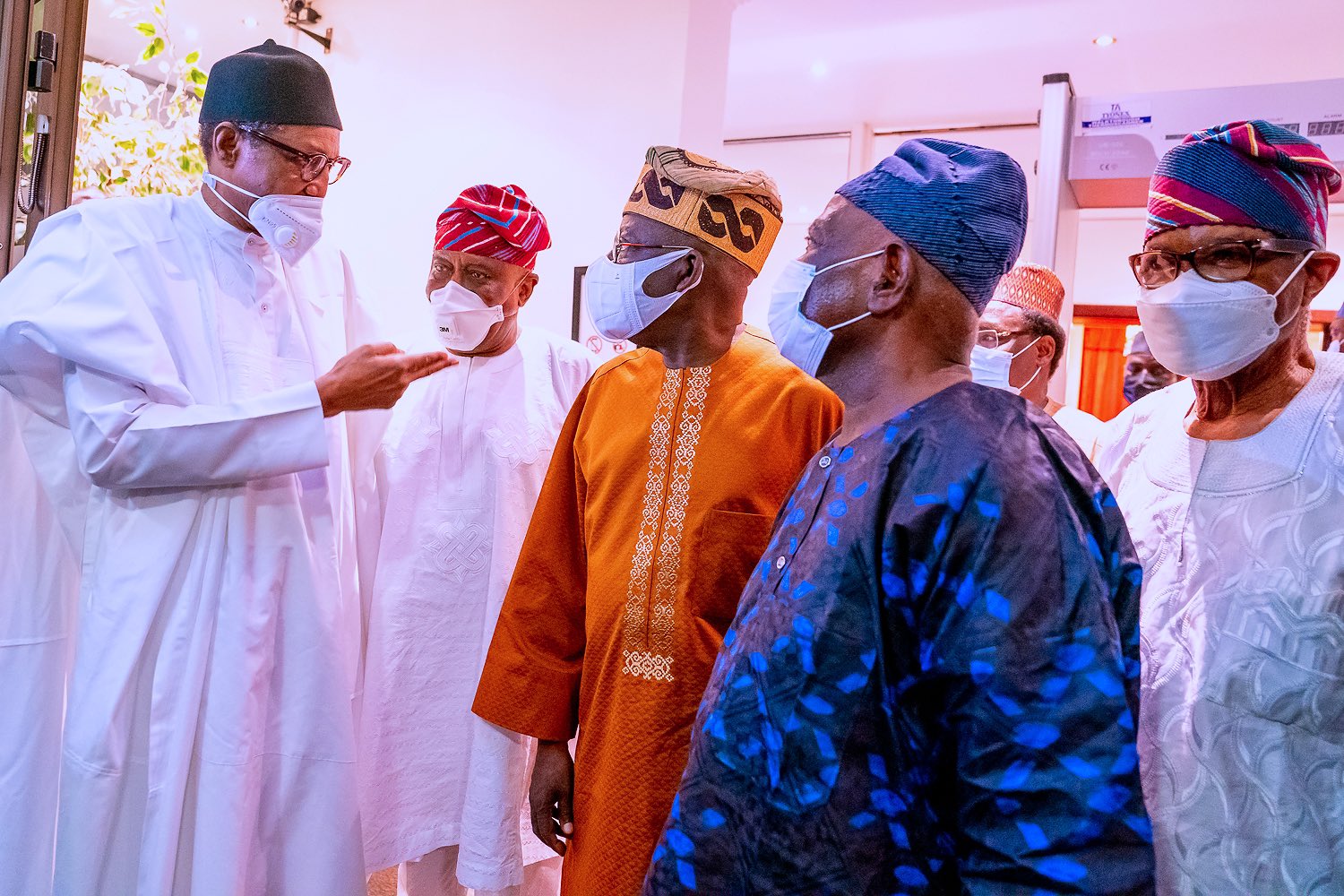 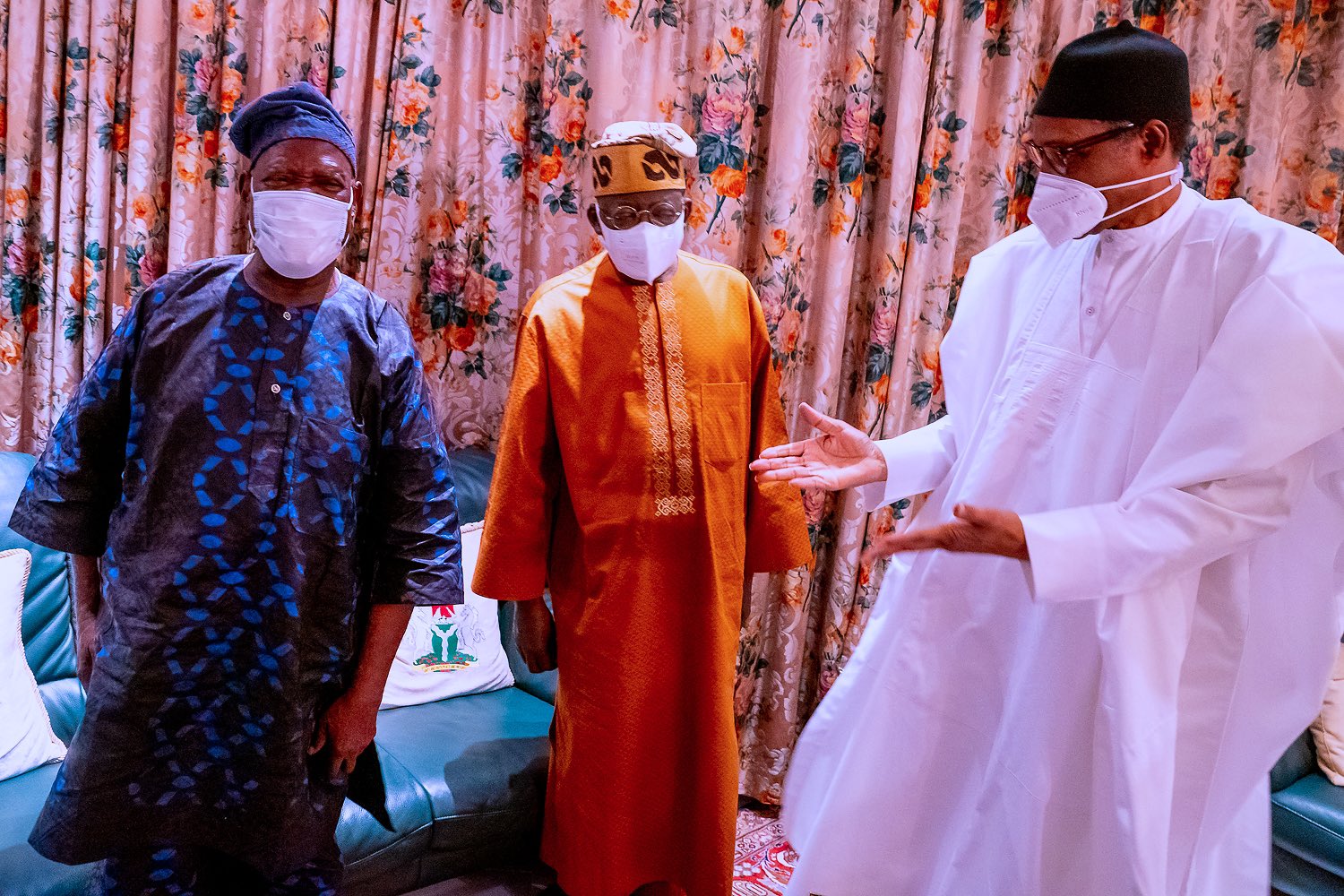 The visit comes few hours after Tinubu and other party leaders from the southwest declared support for the ban on open grazing.

The leaders declared support for the policy declaration by the southern governors on the ban of open grazing in their region.

This was contained in a communique issued at the end of their meeting on Sunday held at the Marina house in Lagos.

Naija News reports the meeting was attended by the Speaker of the House of Representatives, Hon. Femi Gbajabiamila, Chief Bisi Akande, South-West APC governors, and other leaders.

Apart from declaring support for the ban on open grazing of animals, the leaders also called for the practice of true federalism in Nigeria in terms of resource and power control.

However, the Presidency has condemned the Southern Governors’ proposed plan to enforce the ban on open grazing.