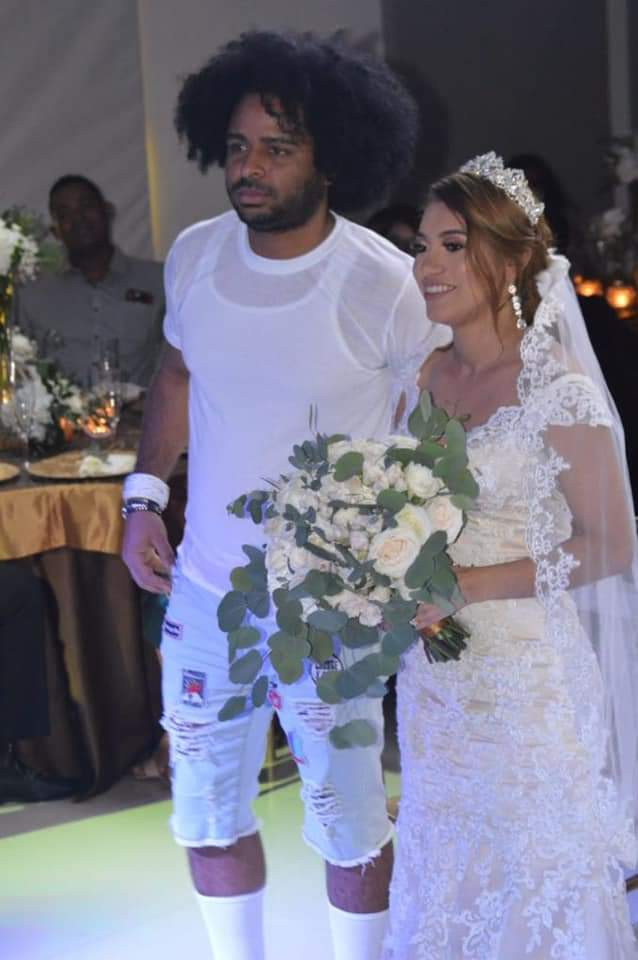 Dominican singer, Nfasis has set tongues wagging on social media after he turned up for his own wedding ceremony wearing a white T-shirt and ripped three-quarter jean shorts and slippers.

The wife, Diana Vargas de Garcia was however fully dressed in a white wedding gown, veil and bouquet of flowers. Her daughters who served as bridesmaids were also fully kitted in traditional wedding costumes.

Apart from his choice of clothes, the singer also kept a straight face during the photo session, eliciting further concerns from fans and social media users who saw the pictures.

READ ALSO  Tragedy! Lady Crushed To Death By A Truck Just Few Months To Her Wedding

But the wife appeared less concerned about her husband’s dressing as she and others smiled and grinned during the photo sessions.

Later, she also wrote on her social media page “At least you should have worn a tie,” as she shared one of the pictures from the wedding.

Check out some of the wedding pictures. 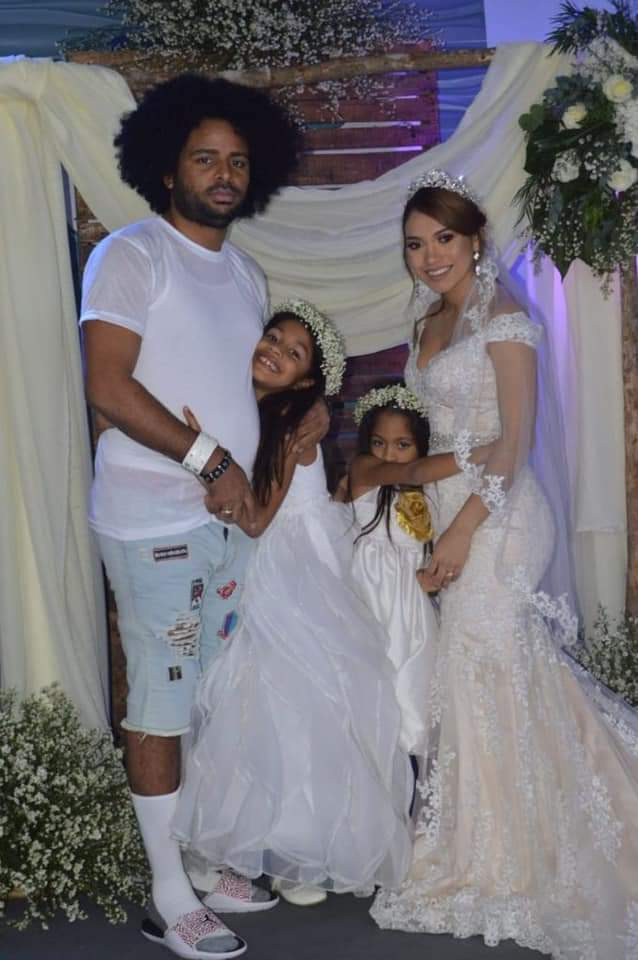 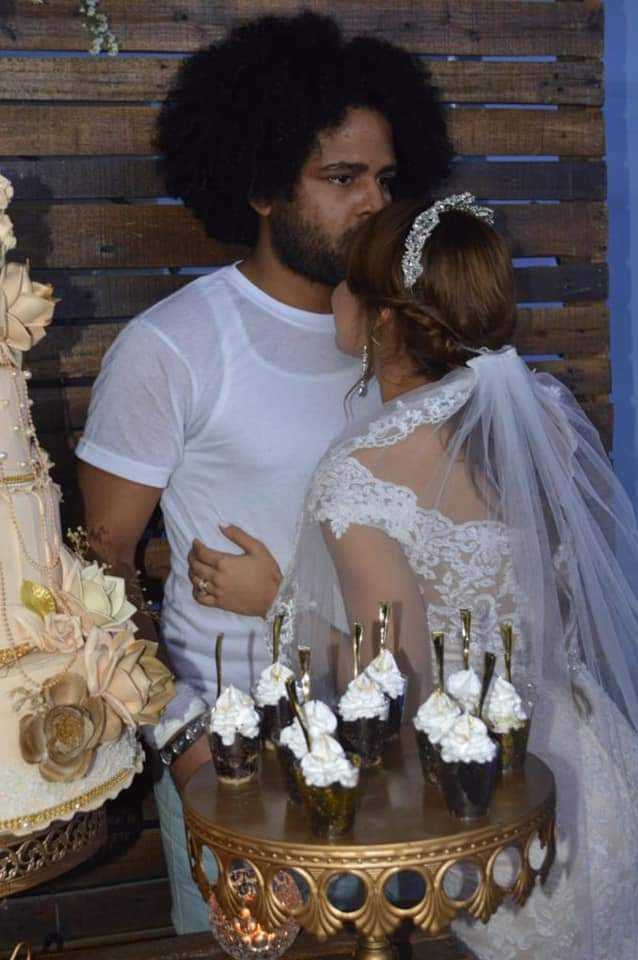 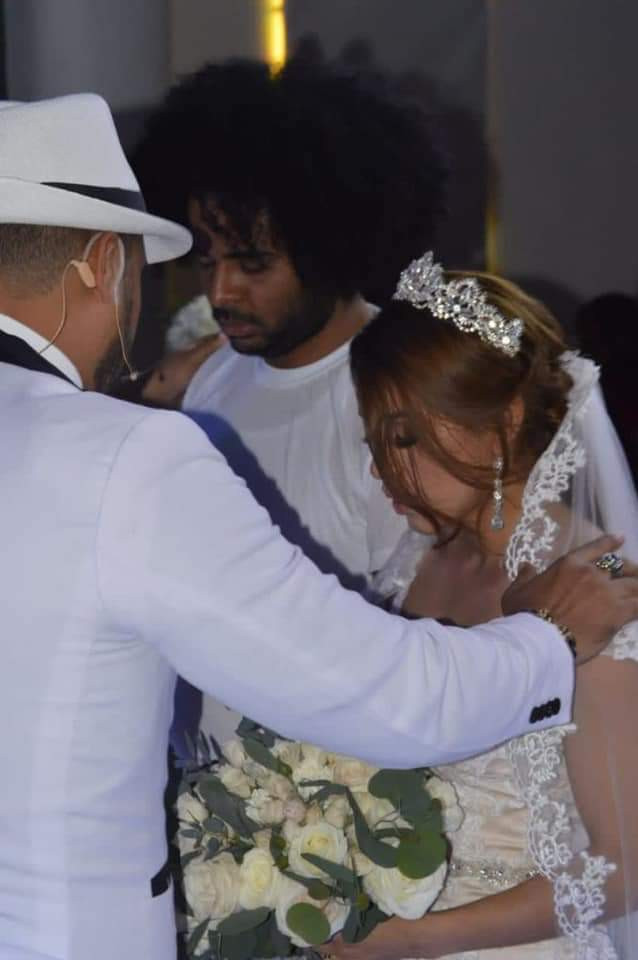 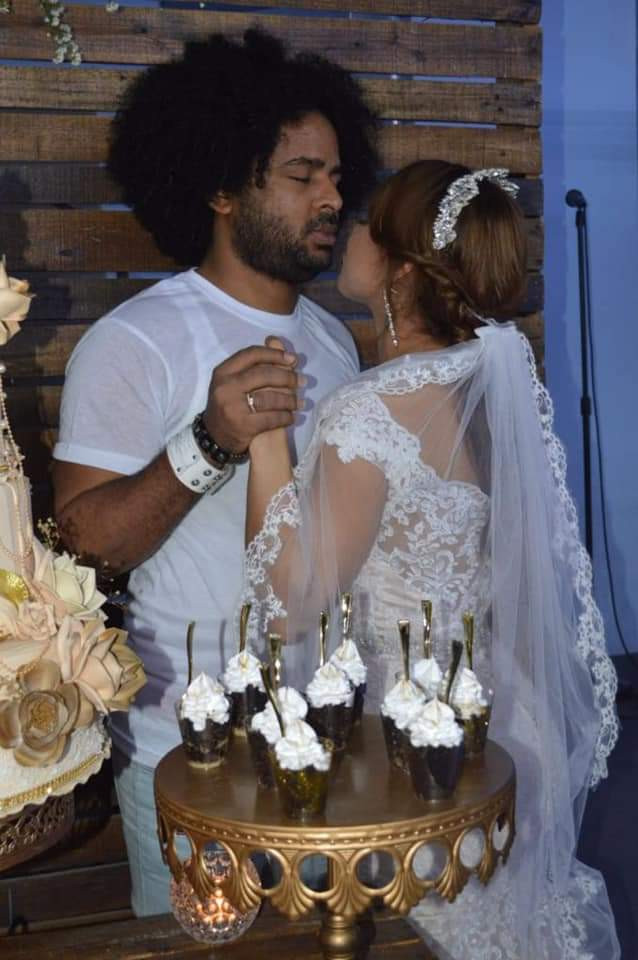 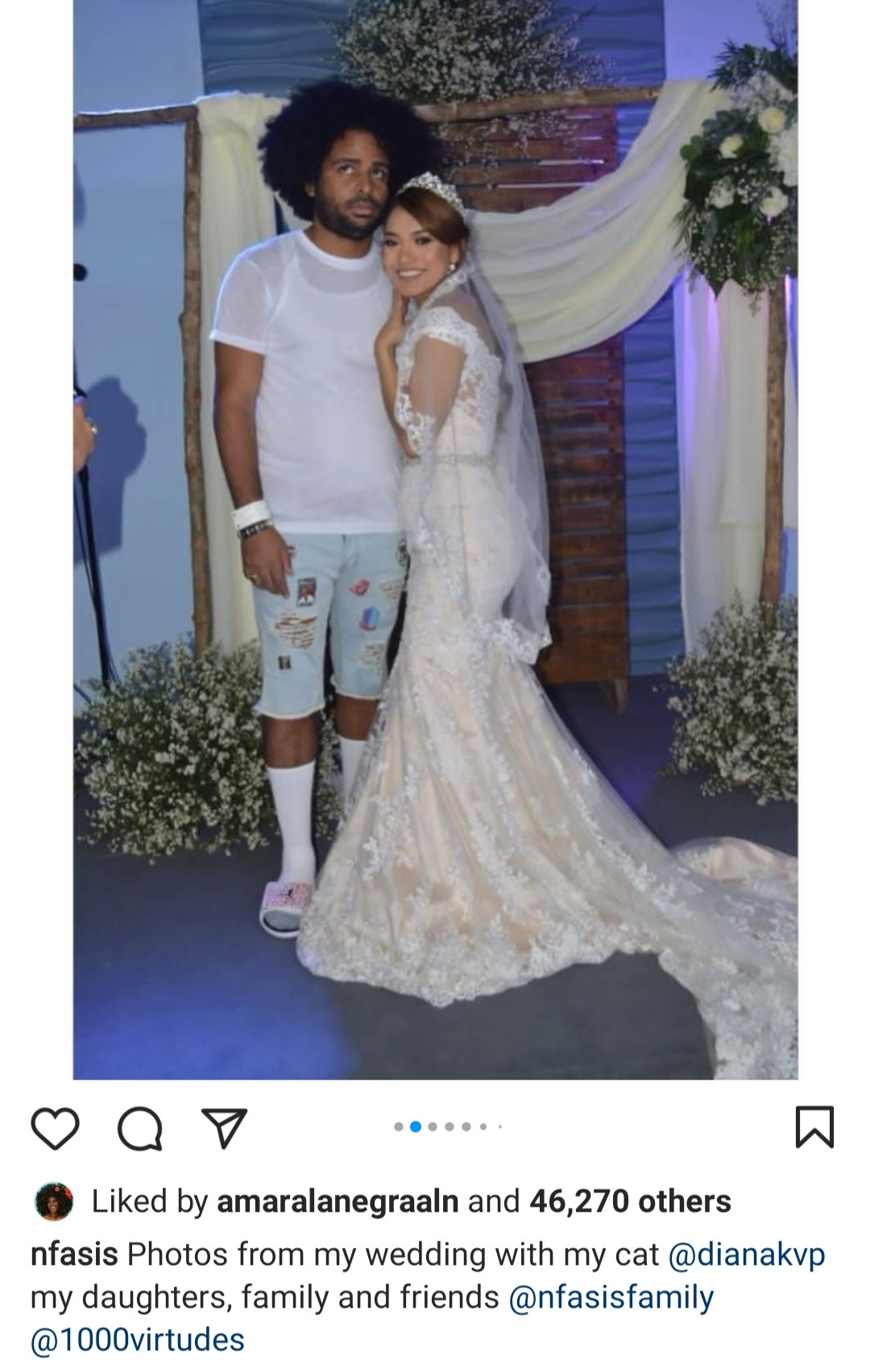 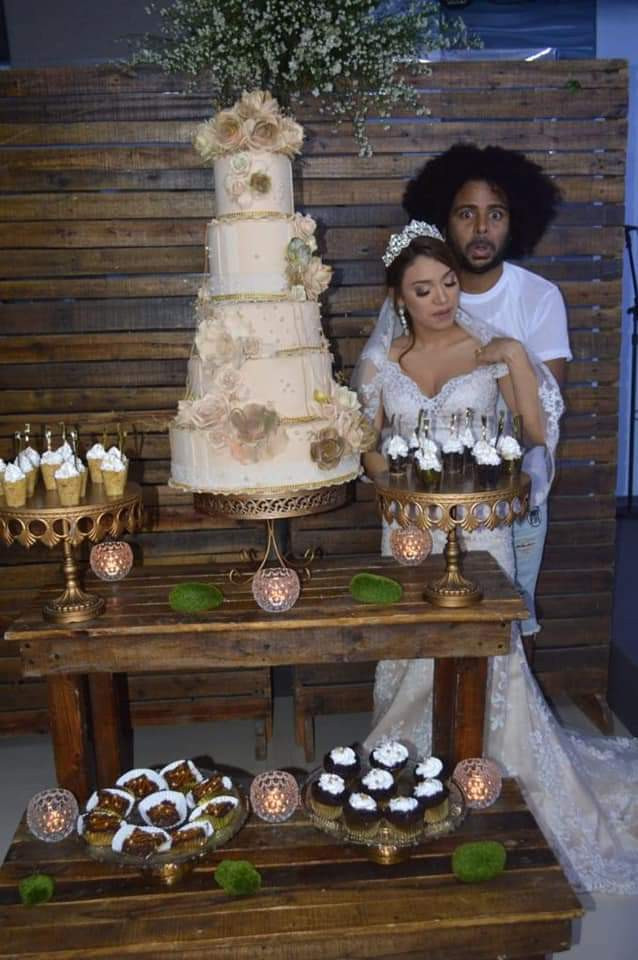 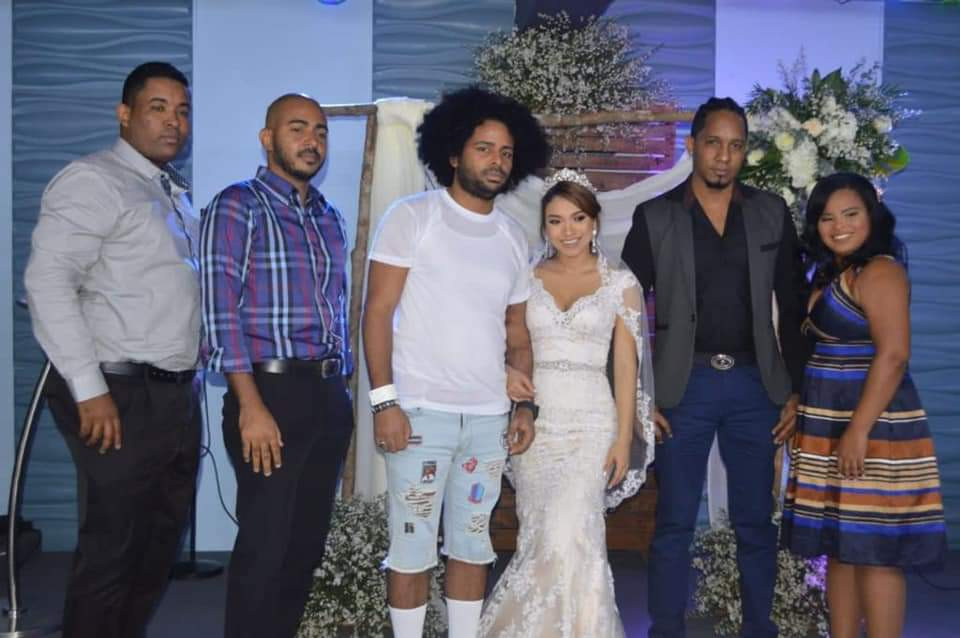 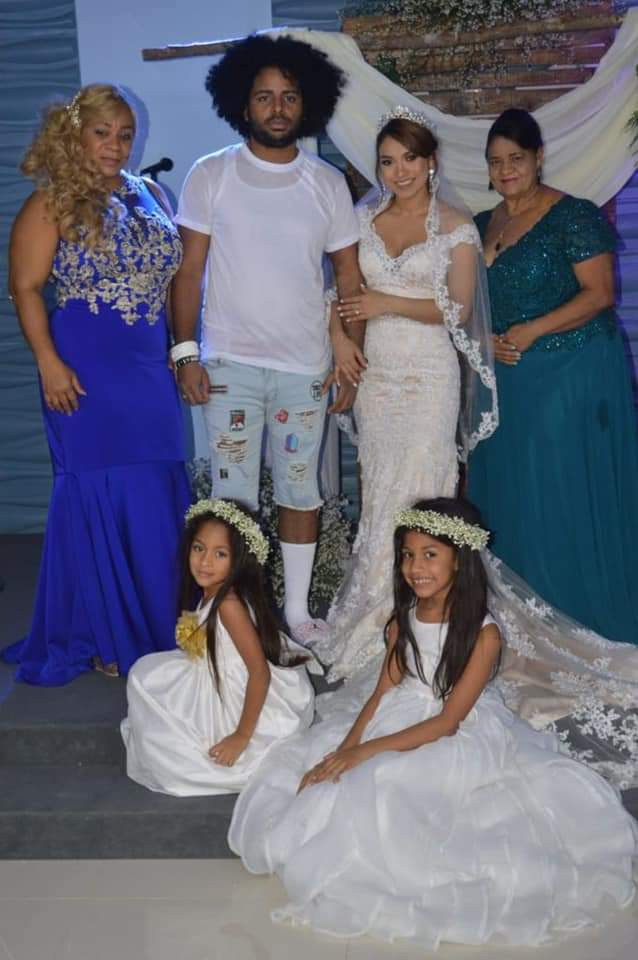 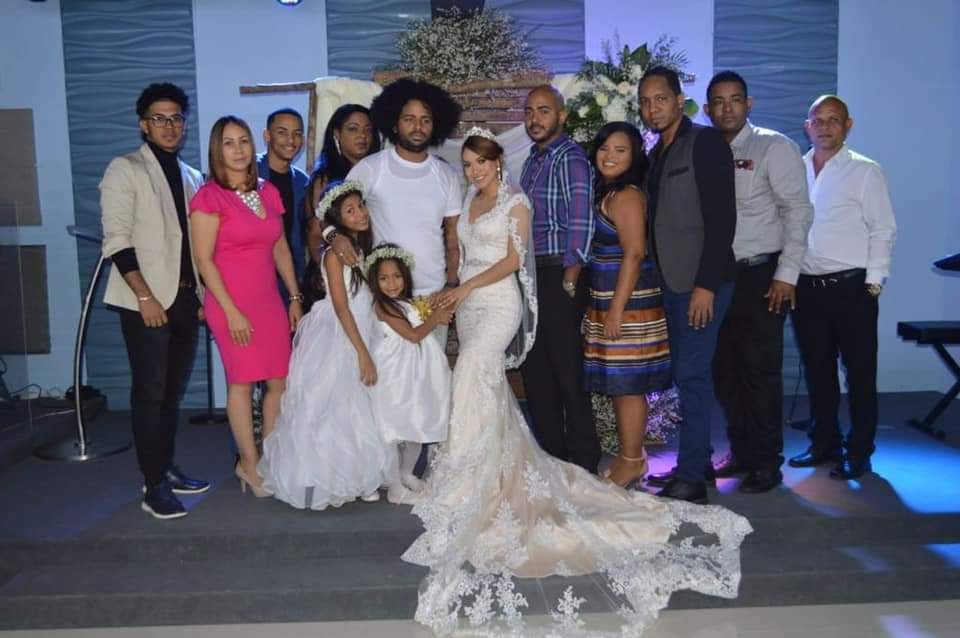 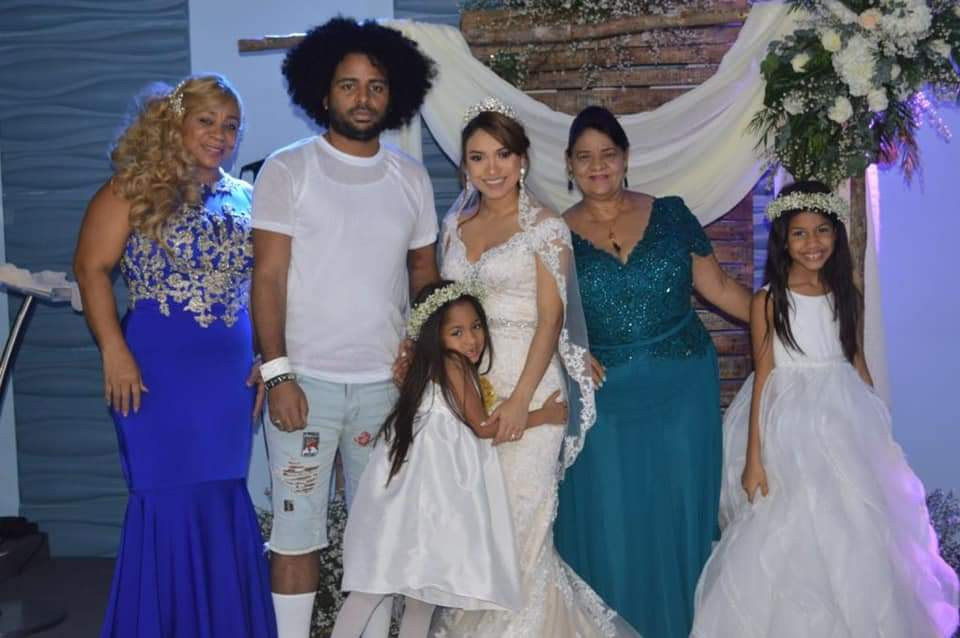 Meanwhile, the personal assistant to self-acclaimed African Giant, Burna Boy, Manny, has revealed that Burna’s Rolls Royce is more expensive than that of Davido.

READ ALSO  Why Does The Groom Looks Scared? - Reactions As Female Officer Marries The Love Of Her Life

Trouble started after a Twitter handle with the name @LilFavoDeyHere, who’s supposedly a Davido fan, shared a photo of the two artists with their Roll Royce’s captioning that of Davido as ‘Roll Royce’ while Burna’s as ‘Roll on’.

Reacting to the tweet; Manny, PA to Burna Boy took to his instatstories to reveal that Burna’s ‘Roll-on’ was more expensive than Davido ‘Rolls Royce’ He wrote; ‘The Roll on cost pass the Roll Royce though.‘