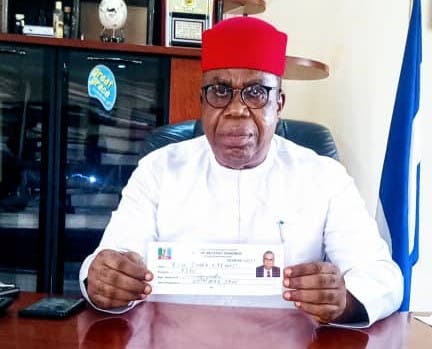 The deputy governor of Cross River State, Prof Ivara Esu, has defected from the People Democratic Party (PDP) to the All Progressives Congress (APC).

Naija News reports that Esu joined the APC, four days after his principal, Senator Ben Ayade dumped the PDP for the APC.

Speaking with reporters on Monday after registering as an APC member in his Ward in Ukurike Local Government Area of the state, Esu said he joined the APC willingly and not forced to defect.

He also dispelled rumours making rounds in the state accusing him of unwillingness to dump the PDP for the APC, saying that he registered in his ward as a full member of the APC.

Esu noted that his defection with the governor to APC would not affect the projects that have been initiated by the administration and assured that all projects must be given due attention.

The deputy governor urged all his supporters not to be upset or resort to violence because the decision to decamp to the APC was his free decision.

Esu, however, said he might return to the PDP if the situation warrants, adding that matters may have to be considered and hard decisions will have to be taken.