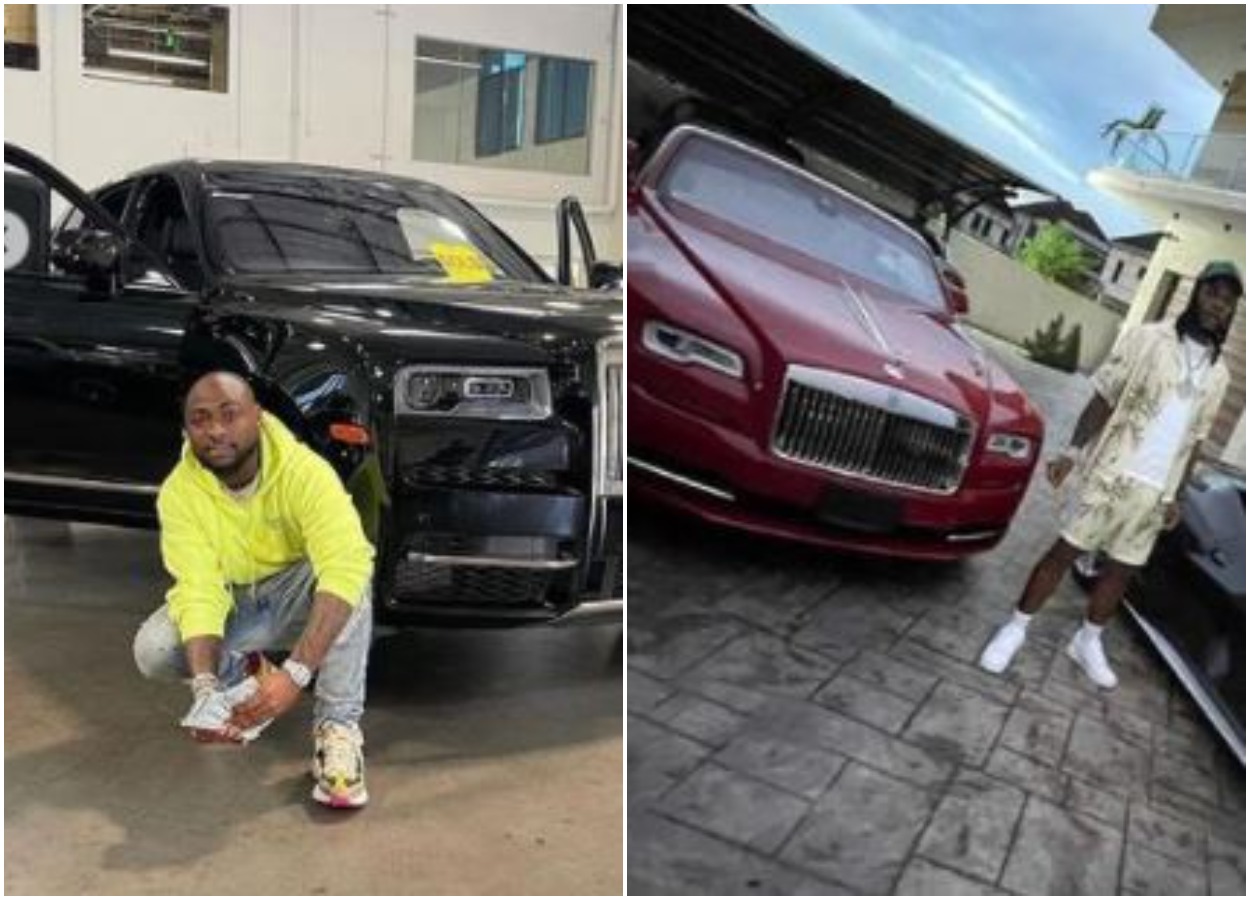 The personal assistant to self-acclaimed African Giant, Burna Boy, Manny, has revealed that Burna’s Rolls Royce is more expensive than that of Davido’s

Trouble started after a Twitter handle with the name @LilFavoDeyHere, who’s supposedly a Davido fan, shared a photo of the two artists with their Roll Royce’s captioning that of Davido as ‘Roll Royce’ while Burna’s as ‘Roll on’.

Reacting to the tweet; Manny, PA to Burna Boy took to his instatstories to reveal that Burna’s ‘Roll-on’ was more expensive than Davido ‘Rolls Royce’ He wrote; ‘The Roll on cost pass the Roll Royce though‘ 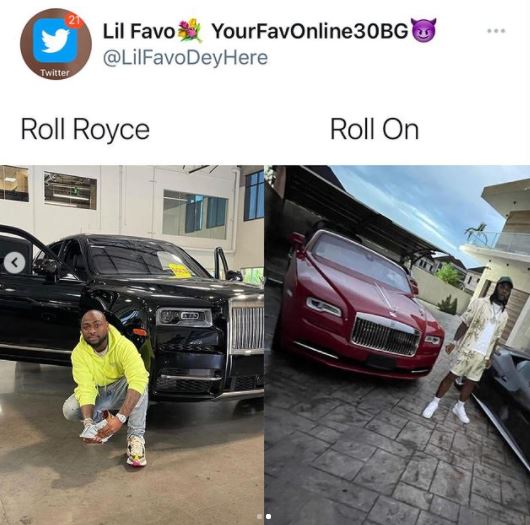 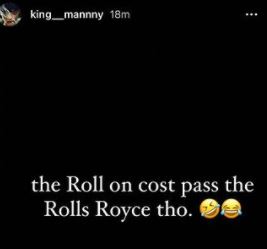 Meanwhile, Burna Boy’s PA isn’t the only one who had shaded Davido since he acquired a Rolls Royce in May. Ghanaian Rapper, Shatta Wale had also in a series of post on Instagram shaded Davido who recently bought a Black Rolls Royce while flaunting his white Roll Royce on Monday.

According to Shatta Wale, he didnt buy his Rolls Royce with his father’s money as he started his career from the bottom.

He wrote; ‘‘Lately this money been telling me to any car of my choice. Me replying: Well, do it cuz you got shelters not Shelter. I have not been signed to a label in America yet but i have been recognized by Beyoncé so image when i get signed . I dont use my father money for hype i use my own money to do my own real shit. Real huslters are real money makers. We started from the bottom now we hare The ting e-coil”