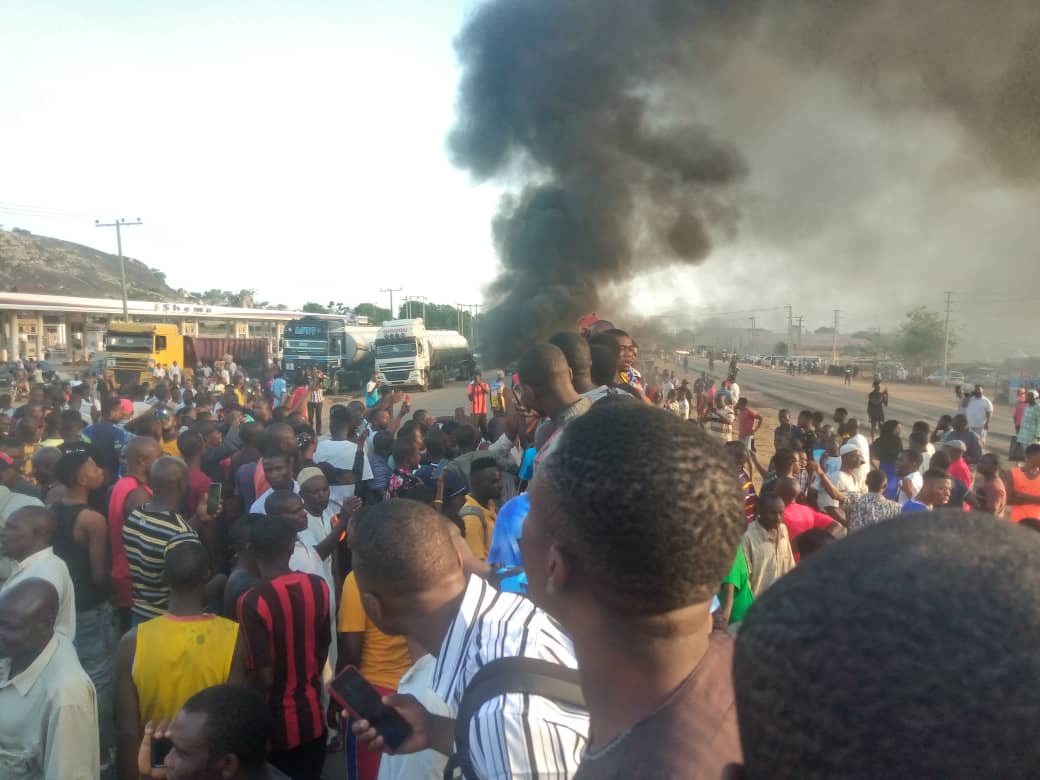 Reports from Nigeria say protesters blocked the Kaduna-Abuja highway on Monday morning to express their displeasure over kidnappings in the area.

Protesters stormed a rally in the Gauraka area of ​​Tafa in Niger State, burning tires.

Reports say they were outraged after gunmen abducted about 15 people in the area.

The protesters burned police office during protests, according to a journalist.

Photos and videos posted on social media showed people roaming the streets as smoke billowed from the lights they lit.

At kaduna road highway from Abuja to kaduna have been [email protected]#ait pic.twitter.com/F1zViu6FK1

The protesters claimed that about 30 persons of the community are currently in kidnappers’ den and that their abductors are demanding a huge ransom.

About two months ago, six people were abducted in the town, and a ransom of N2 million was paid before they were released.

Five days ago, four more people were abducted, and on Sunday, gunmen attacked and abducted 16 people in Gauraka.

The protest led to heavy traffic from Gauraka to the Zuma military barracks and the Madalla area on the main road.

This comes at a time when security is deteriorating in northern Nigeria, especially in states such as Kaduna, Zamfara, Katsina and Niger.

In most cases, when the authorities are contacted about the escalation, they say they are doing their best to contain the situation.