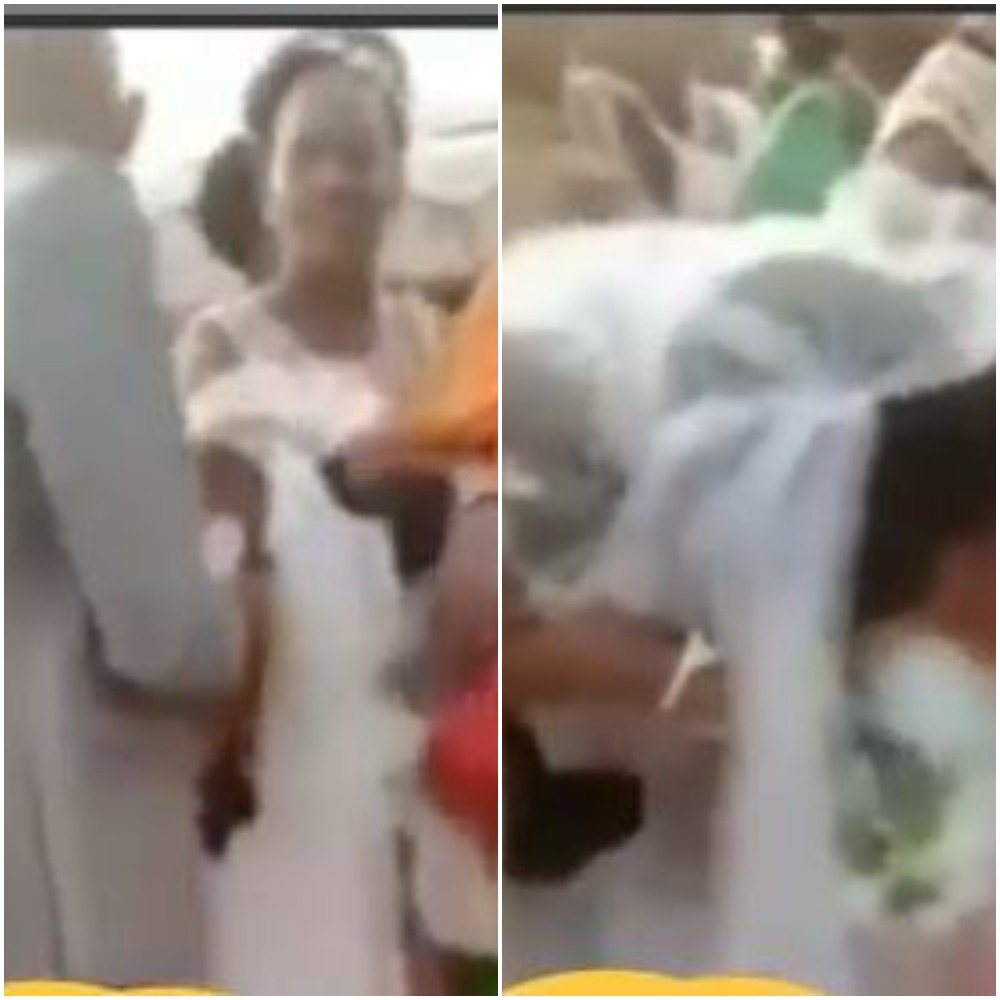 A video of a yet to be identified Nigerian bride resisting what looks like a forced marriage has surfaced on social media.

In the video that has become a growing sensation, the bride was pictured crying profusely as her family forces her to go home with a man dressed in a grey suit who’s supposedly her husband.

However, reasons for resisting the marriage by the bride  is yet to be known as of the filing of this report.

The video has sparked reactions on social media, see comment;

@gbolahanetti wrote; ‘But she can gree now and japa later na’

@_n.a.n.j.i wrote; ‘Hmmmmm I don’t even understand the video’

@kingsmovic wrote; ‘Shame no dey even catch the man sef’

@iamteddie_m wrote; ‘Marriage is not by force’

@adexcollections wrote; ‘In this modem generation’

@dimmas_space wrote; ‘Did this happen in Nigeria?’

@thejewelparlor wrote; ‘If she is being forced, then the marriage is invalid.’

@abbyke4life wrote; ‘No be by force oooo abeg make Dem leave her.’