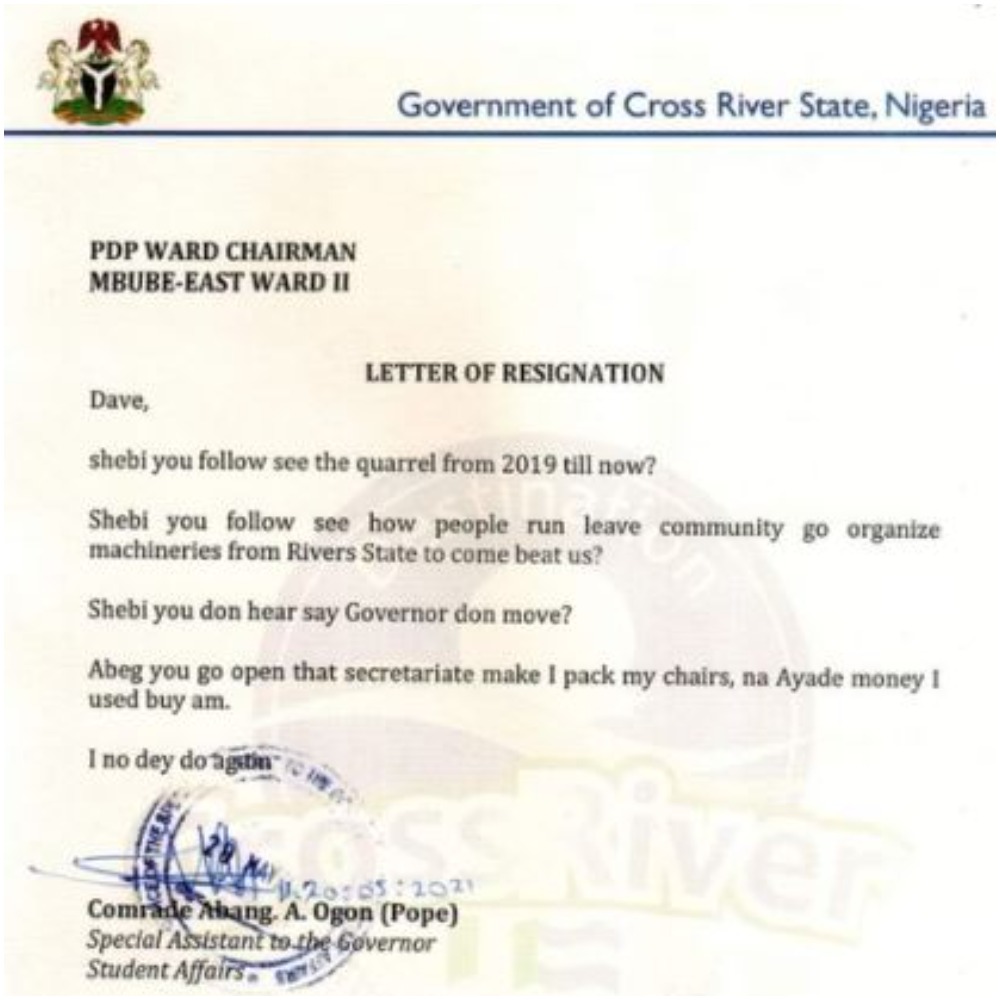 Following the defection of Governor Ayade to the APC today, some of his aides are beginning to decamp with him too. An example can be seen in the funny language and tone of this letter below:

I no dey do again” 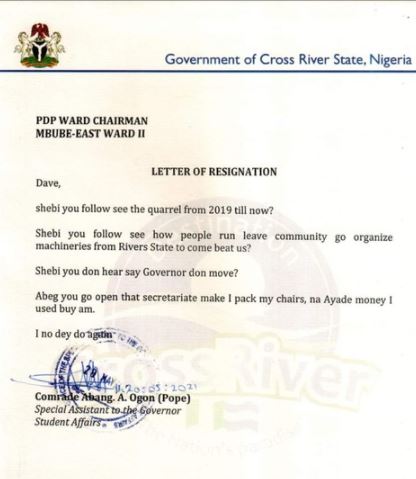 Meanwhile, Governor Ben Ayade of Cross River State has explained that his defection from the Peoples Democratic Party (PDP) to the All Progressives Congress (APC).

Speaking during his appearance on Channels Television’s Politics Today on Thursday, Ayade said he joined APC to help President Muhammadu Buhari in dealing with the challenges facing the country. He added that he defected to the APC because of the leadership qualities of the President, adding that he had no issue with the PDP. He said: “I feel depressed when the nation is challenged with security issues.

“Instead of us rising as an orgasmic whole to see how we can support the President to deal with these foreign herders that are colonising our various roads and farms, we rather sit back; we tend to create an impression as if the government is not doing well.”

He added: “As to whether there are issues in the PDP, no. The party stood by me all through the way,” the governor said during his appearance on Channels Television’s Politics Today on Thursday. “In any other legal issue that I have had, PDP had stood with me. PDP gave me the opportunity to be a senator; PDP gave me the opportunity to be governor. I would never have any time to pull down PDP. I have integrity, character, and honour. My politics have ethics. My decision to join APC is to join the President to reduce the tension in the country.”