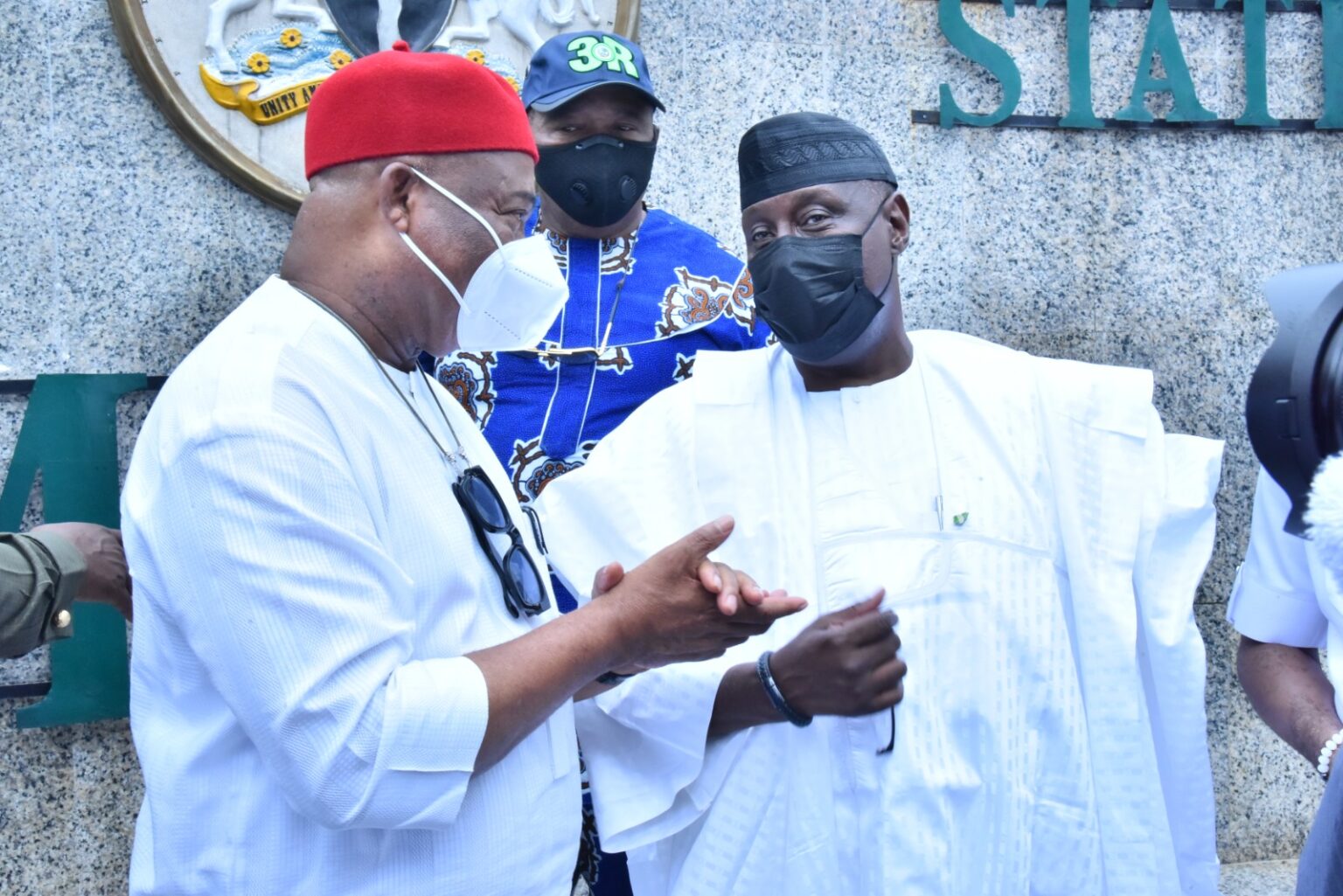 Governor Hope Uzodinma of Imo State has said that he will not allow the All Progressives Congress (APC) registration and revalidation process to be hijacked by selfish individuals.

He made this known when he received the APC registration and revalidation appeal committee in Owerri, the Imo capital, on Thursday.

Uzodinma alleged that his predecessor, Rochas Okorocha, attempted to hijack the party registration and revalidation process in the state.

The governor claimed that Okorocha refused to be registered as an APC member in the state, adding that he has promoted an all-inclusive process in the state, irrespective of affiliations.

Uzodimma added that attempts to get Okorocha to participate in the registration process failed.

The governor said he will continue to promote a level-playing ground for all members of the party who are interested in the growth of the state.

He said: “I’m not unaware that some people wanted to hijack the process. What I assure everybody is that nobody will be excluded. I recall getting a phone call from the governor of Niger state, telling me that the former governor, Okorocha, complained.

“The governor called me back from Niger state and told me that from all indications, Okorocha is not serious; that instead of talking about registration, he’s talking of party structure”.

“We had issues before I became the governor. As a result, people had their sympathies here and there. But after I became governor, I don’t have a choice but to unite the membership of the party,” Uzodimma said.

“The committee I set up to supervise the registration, a few days ago, said they were approaching two million. And I told the speaker, if INEC registration in Imo state is four point something million, you must get me three million. I cannot make this type of statement if the idea is to exclude people.

“I think that some of our leaders in this party need help. Some people don’t know how to manage life after power. That is what we call post-power syndrome.”

In his remarks, the head of the APC committee, Farouk Aliyu, explained that the visit is to ensure that everyone interested in joining the APC is registered.