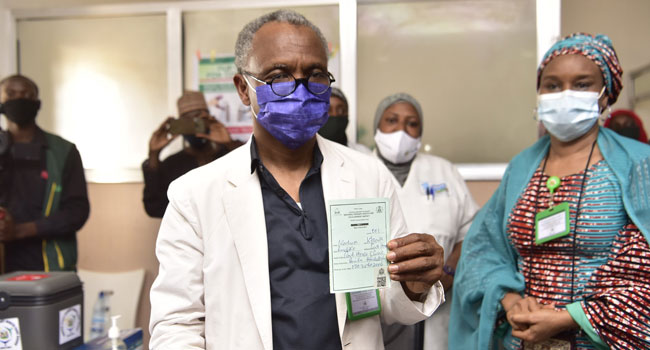 The Governor of Kaduna State, Nasir El-Rufai on Tuesday announced the dismissal of all nurses below level 14 in the state.

El-Rufai took the decision following the report that nurses in Barau Dikko Teaching hospital disconnected oxygen from a two-day-old baby in an incubator on Monday, May 17, 2021, when they joined the NLC strike.

The Kaduna State Governor in a statement released through his media aide, Muyiwa Adekeye, said, “Apart from referring the nurses involved to the Ministry of Justice to initiate prosecution, the government also announced the dismissal of all nurses below Grade Level 14 for the illegal strike.”

“The Ministry of Health has been directed to advertise vacancies for the immediate recruitment of new nurses to replace those dismissed.”

“The government has directed all its Ministries, Departments and Agencies to submit their attendance registers to the Head of Service while Kaduna State University should submit same to the Secretary to the State Government and the Commissioner of Education.”

Adekeye noted that salaries that could have been paid to the dismissed nurses will be given as extraordinary occupational allowances to the health workers who are at their duty posts to fill the gaps of those absconding from duty.