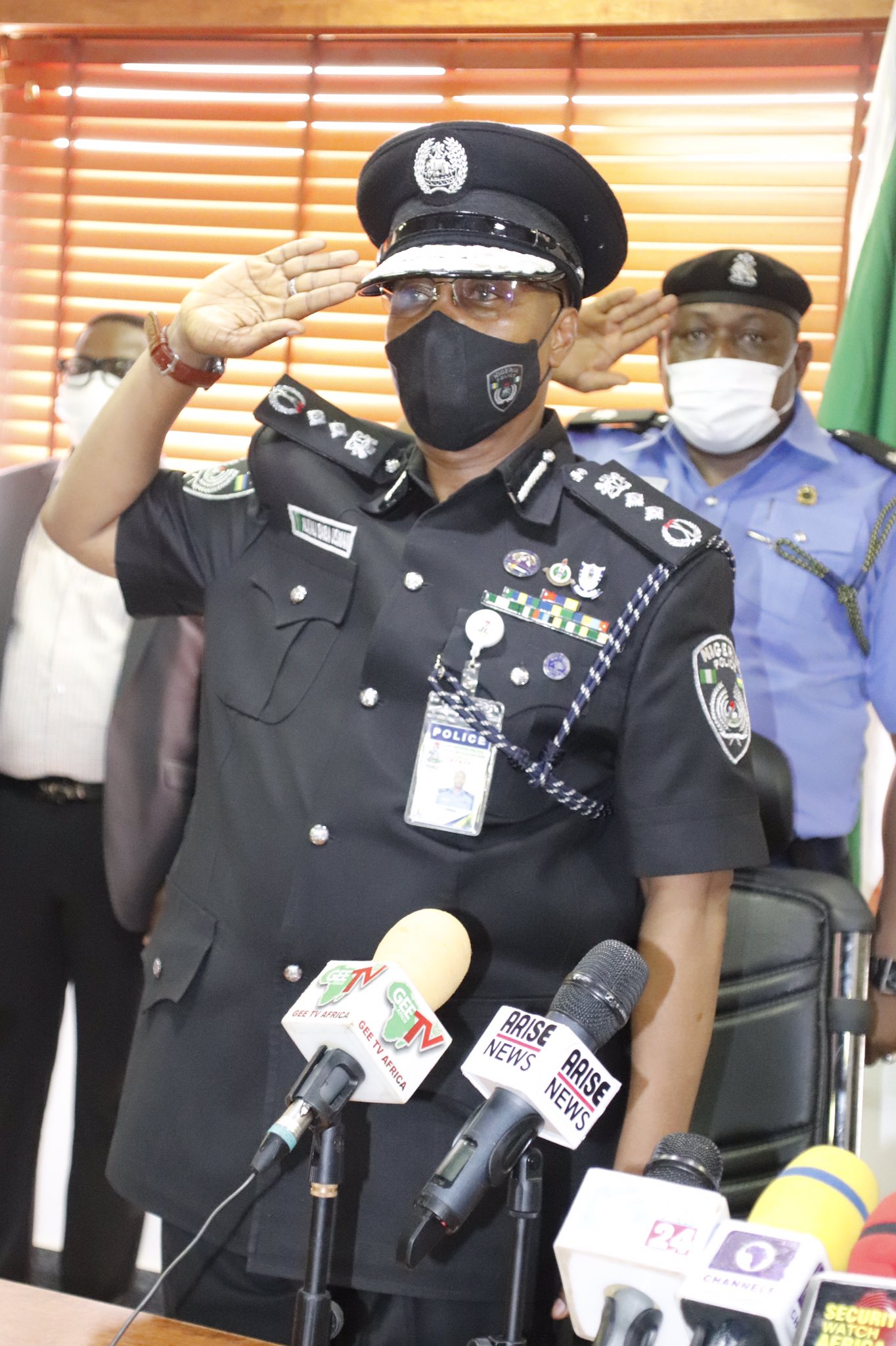 The acting Inspector-General of Police, Usman Alkali Baba on Wednesday launched a new security operation for the southeast and south south region of the country.

This is as he also ordered a clampdown on the activities of the proscribed Indigenous People of Biafra (IPOB) and its security wing, the Eastern Security Network (ESN).

According to the police chief in a statement made available to Naija News by the Force Public Relations Officer, Frank Mba, the launch is part of the special operations in the country targeted at curbing the increased cases of kidnapping, armed robbery, cult-related violence, economic sabotage, and other threats to public safety bedeviling in the South-South.

He urged the personnel deployed for the operation to be fierce and courageous in defending themselves as well as innocent and law-abiding citizens from criminal elements.

On his part, the Rivers State Governor, Nyesom Wike, represented at the event by his deputy, promised the support of the state government to the success of the security operations in the region.

“He further noted that the operation in the South-South region is also targeted at stemming the tide of violent attacks and breakdown of law and order, and contain the heightened threats to lives and property occasioned by the secessionists activities of the proscribed Indigenous People of Biafra (IPOB) and its armed wing, the Eastern Security Network (ESN) and other criminal elements in the region.”

“The IGP condemned the increased cases of kidnapping, armed robbery, cult-related violence, economic sabotage and other threats to public safety bedeviling the region.”

“These crimes, the IGP observed, are in addition to series of violent attacks on security personnel and formation in the region. He however expressed utmost belief that the new special operation action plan will re-order and stabilize security in the South-South region, noting that personnel deployed for the operation have been charged to courageously and fiercely defend themselves and innocent citizens as well as critical national infrastructure against any arms-bearing criminal group or elements.”

“The IGP appreciated the Executive Governor of Rivers State, His Excellency, Chief (Dr) Nyesom Wike, other South-South Governors, traditional rulers, community leaders, religious leaders and other state actors in the region, for their individual and collective efforts toward supporting the Police and the law enforcement community in achieving a safe, secure and peaceful south-south region. He assured that the new special operation will provide an all-inclusive front to confront criminal elements, take the battle to their doorsteps, and re-order the cherished national values of peace and unity in the region.”

“The Executive Governor of Rivers State, represented by His Deputy, affirmed the zero tolerance of the State Government to crimes and criminality in Rivers State.”

“He commended the IGP for the initiative and pledged support of the State Government to the success of “Operation Restore Peace” in the State, the South-South region and the country at large.”

“Other dignitaries at the flag-off program include representatives of other Governors of the South-South States, Traditional Rulers, Clergymen, etc.”

“The IGP enjoined citizens in the South-South region to give full support to security personnel throughout the period of the operation and beyond. He re-affirmed that the operation will be people-driven, human-right focused but ruthless on criminal elements.”

Meanwhile, the leader of the Boko Haram terrorist group, Abubakar Shekau has been reportedly killed according to multiple sources.