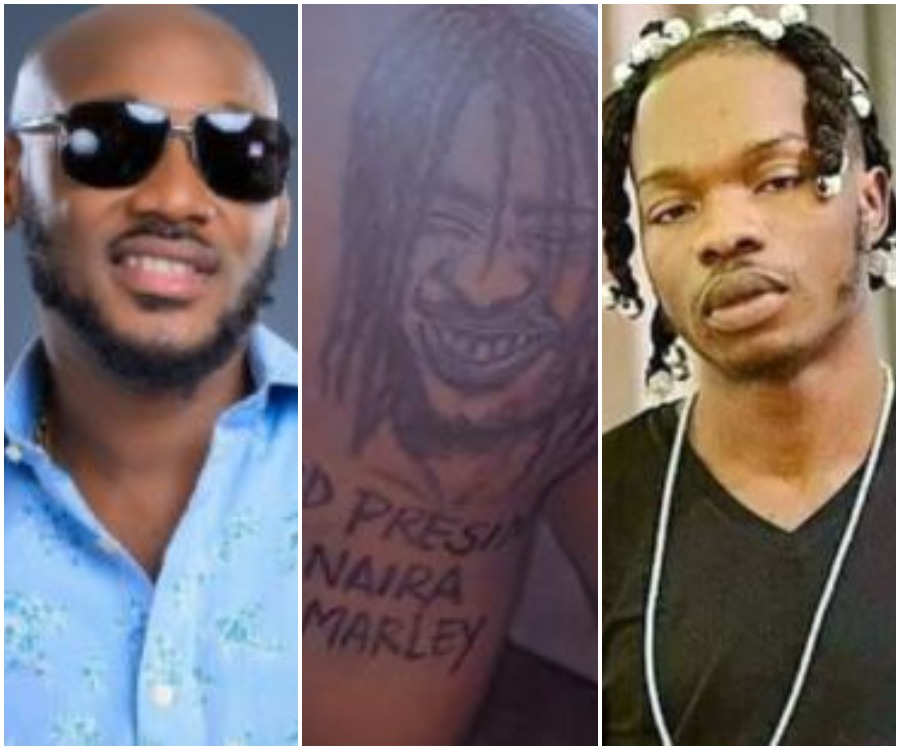 Pop star, 2face Idibia, has reacted after a die-hard female fan of Nigerian singer, Azeez Fashola, also known as Naira Marley, tattooed his face on her butt to felicitate his 33rd birthday.

The die-hard fan had tattooed the singer on her body and shared the photo on the internet.

It is understood that the controversial singer, Naira Marley turned 33, yesterday, May 10th, and most of his fans known as Marlians came all out for him.

Naira Marley also shared photos and video of the female fan on his Instagram page. Sharing the video, he wrote; ‘She got HBD Naira Marley. That means every day’s my birthday.’

The video also got social media reeling in mixed reactions after the singer shared the on the internet.

@sugarpeacee wrote; ‘My question is, how did they draw this thing’

@_finederah wrote; ‘The is really the height of stupid. People sure do know how to be stupid.’ 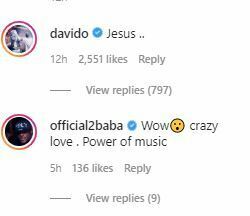 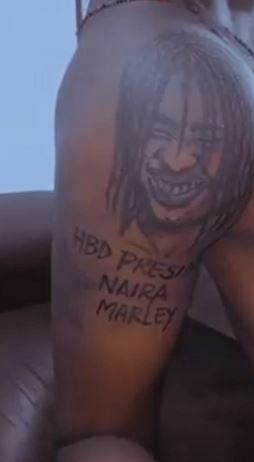