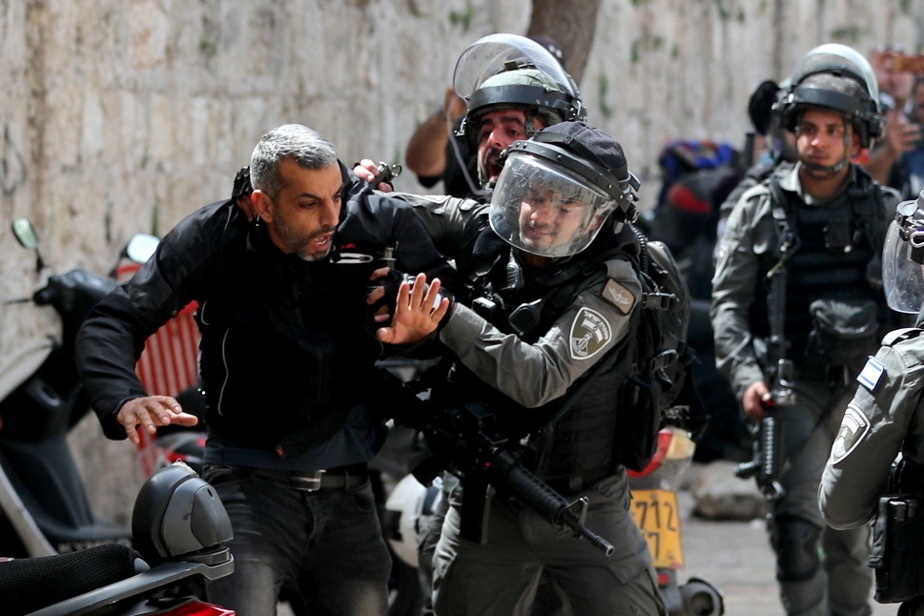 At least 20 people, including nine children and a senior Hamas commander, died Monday evening in strikes attributed to the Israeli army carried out in the Gaza Strip in response to dozens of rockets fired from the Palestinian enclave, after new clashes that left more than 500 injured on the Esplanade des Mosques, the third holy place of Islam named Temple Mount by the Jews, in East Jerusalem.

According to a last assessment of the Israeli army shortly before midnight, more than 150 rockets had been fired from Gaza towards Israel, of which “dozens” were intercepted by the anti-missile shield “Iron Dome”.

And as the salvos continued into the night, an Israeli Arab died of gunshot wounds on the sidelines of clashes with Israelis in the city of Lod (center), where cars were set on fire, local police said. without epilogue.

This violence coincided with “Jerusalem Day”, which according to the Hebrew calendar marks the capture of the eastern part, populated by Palestinians, of the Holy City by the Israeli army in 1967. And it comes after weeks of tensions in Israel. Jerusalem.

“Terrorist organizations in Gaza have crossed a red line by firing rockets into the Jerusalem region,” Israeli Prime Minister Benjamin Netanyahu said in the evening.

“Israel will react with force, whoever attacks will pay a heavy price. I tell you, citizens of Israel, the current conflict could last for some time,” added the prime minister, who was holding consultations late in the evening with the heads of the army and the internal secret service, the Shin Beth.

After violent clashes in the morning in Jerusalem, Hamas had issued an ultimatum to Israel demanding that its forces withdraw by 6 p.m. from the Mosque esplanade, a hotbed of tensions between Palestinians and Israelis in the heart of the Old City. city.

And, at 6 p.m., a barrage of rockets was launched from this impoverished enclave of two million people, towards Israel.

While the majority of the rockets were intercepted by the “Iron Dome” missile shield, some fell on Israeli territory, and an anti-tank missile was slightly injured in an Israeli locality bordering the Gaza Strip.