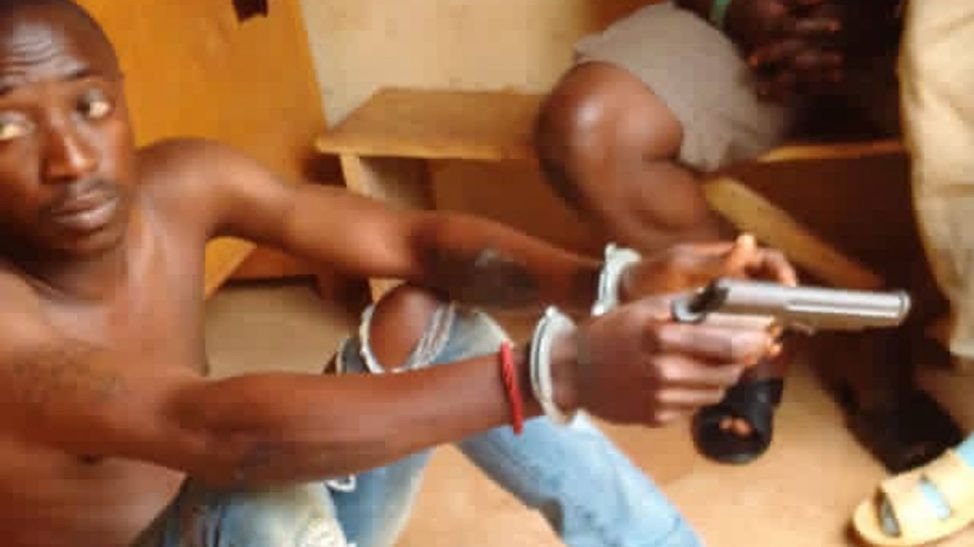 A notorious armed robber known for terrorising residents of Nnamdi Azikwe Expressway in Kaduna State has been apprehended.

Naija News reports that the State Police Command confirmed his arrest in a statement released on Sunday, May 9 by its spokesperson, Mohammed Jalige.

The command were said to have acted after receiving credible intelligence from a resident who contacted DPO Kabala West on May 8, about 7 am, which led to his arrest.

“We were reliably informed that a suspected armed robber responsible for terrorizing and dispossessing unsuspecting commuters of their valuables on Nnamdi Azikwe Expressway, Kaduna, was sighted at an usual spot,” Jalige revealed.

He added: “On getting a hint of the situation, the operatives of the command swiftly swung into action, carefully traced the location and succeeded in apprehending the suspect.”

Naija News understands that a 92G Elite Centurion Baretta Pistol loaded with six rounds of 9mm ammunition was recovered from the suspect who reportedly hails from Dekina LGA in Kogi but resides in Karatudu Unguwan Romi, Kaduna.

Jalige said the suspect confessed to being a member of the Black Axe cult group.

“The operatives have expanded investigation with a view to arresting other members of the gang and recover their operational weapons after which the suspect would be charged to court,” he added.

In another news, Naija News reports that a lady bites off her kidnapper’s tongue after he tried to kiss her.