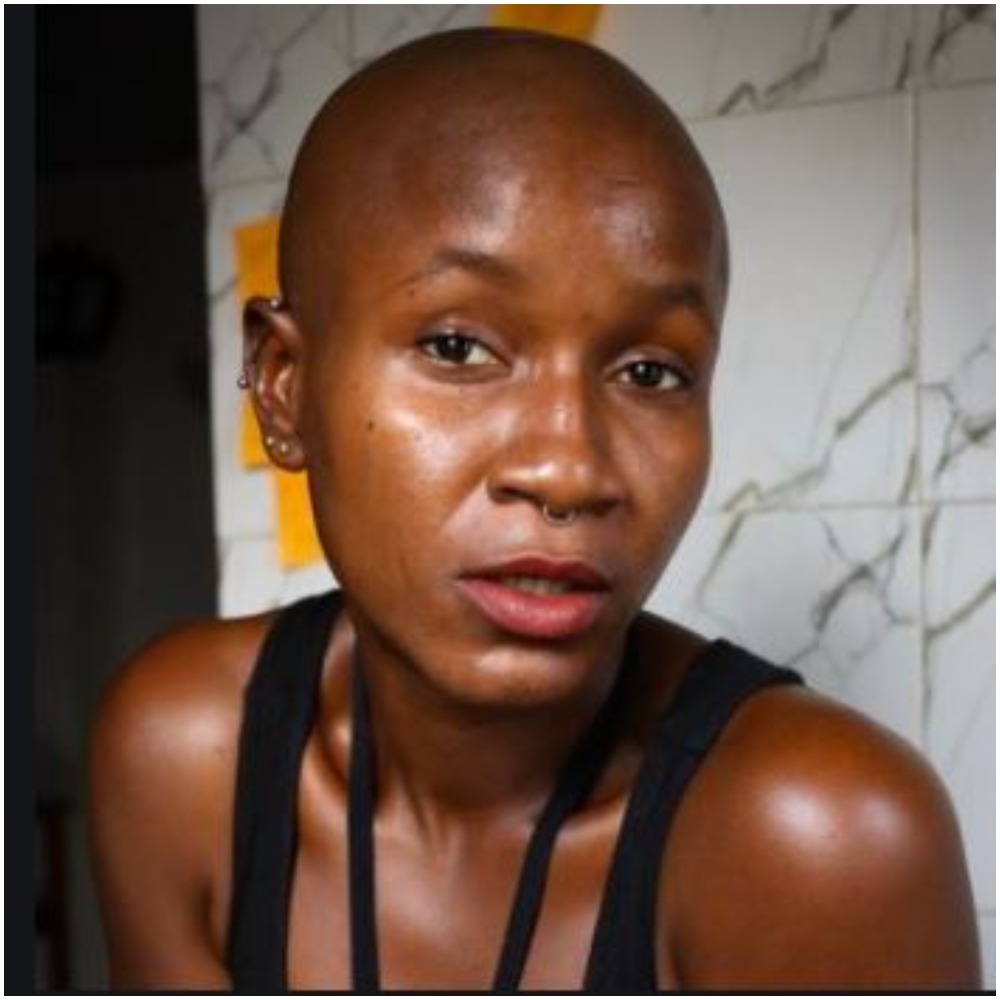 Openly Nigerian gay woman, Amara has lamented bitterly as she accuses Christians of shaming her over her sexual orientation.

This comes after some Christians stormed her YouTube channel, shaming her sexuality while urging her to give her life to Christ.

Sharing some screenshot of the hateful comments on her Twitter page, Amara lamented bitterly while describing such Christians shaming her as demons, stating that she is not a sin.

Sharing the screenshots, she wrote, “turned a everyday; this is what I deal with. Christians are going out of their way to shame me or pray for me like I am a sin. I really want to scream, but we go dey use play play answer away these demons. I AM NOT A SIN” she wrote. 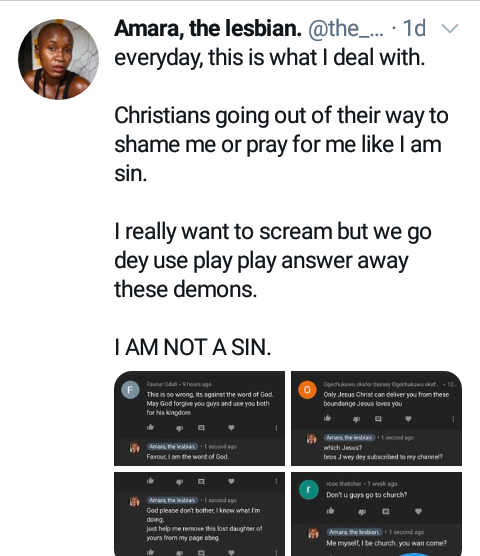 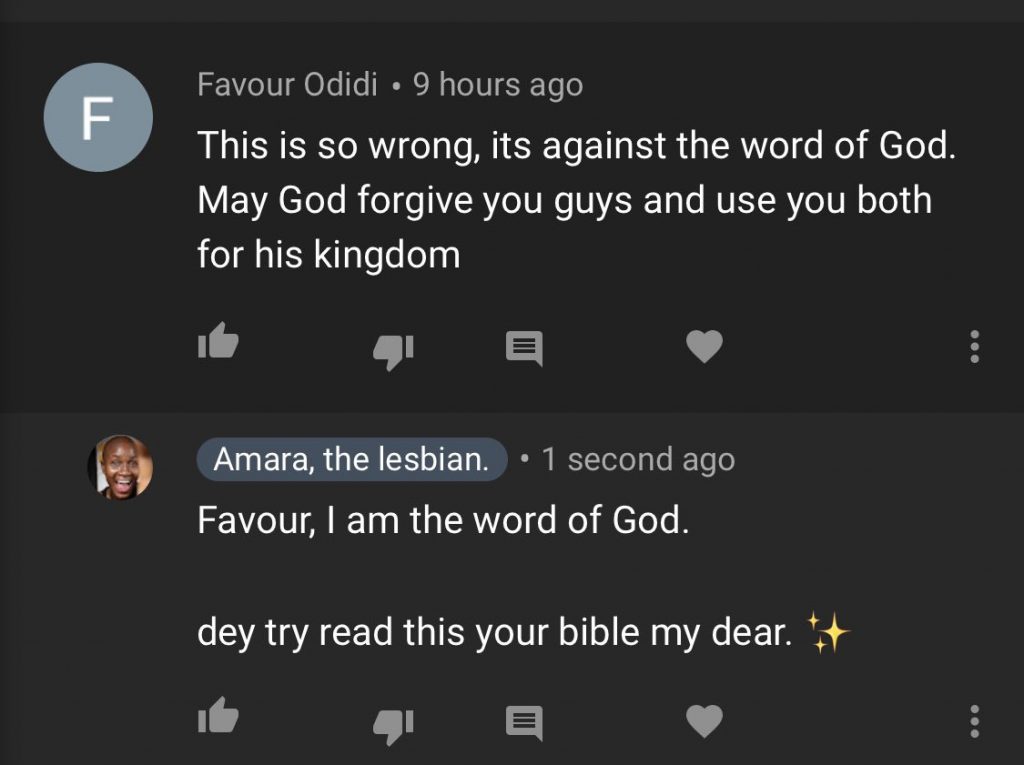 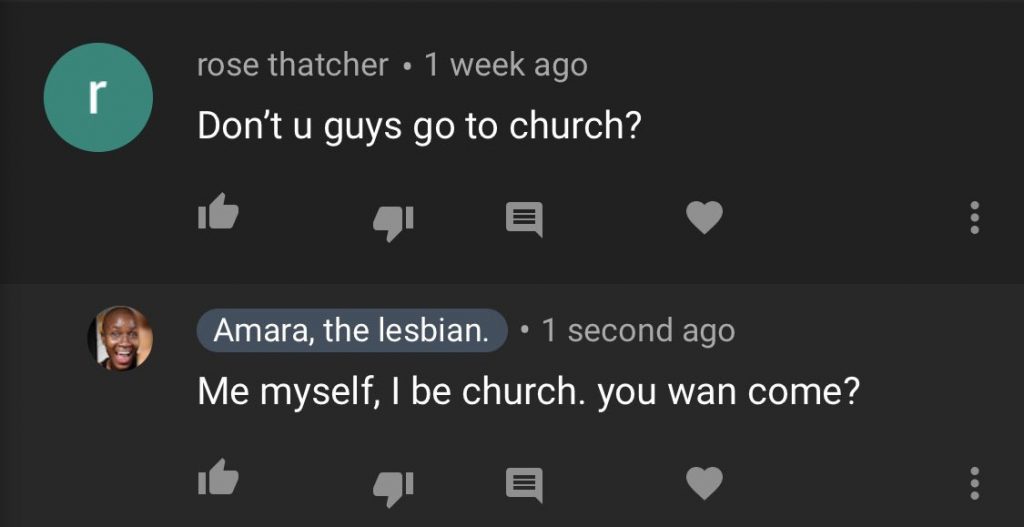 @lx.amara wrote; ‘Las las, religion is the major problem in this country’

@kunlereal wrote; ‘Who else doesn’t understand wtf is goin on’

@kikkybambam wrote; ”What annoys me is how people always tries to force christianity down your throat. Please try and face your own heavenly race and live the next person alone . You don’t know better than them . Its really annoying and disgusting to me.”

@chinawholesalershub wrote; ‘No respect for jesus again,this world is now Sodom and Gomorrah’

@kinggypson wrote; ‘Everyone will go to hell if it exists’