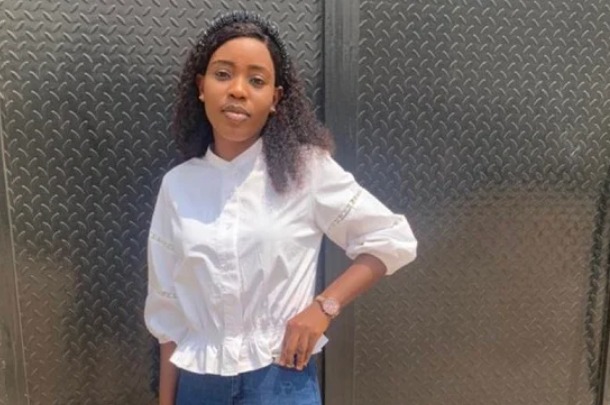 A Nigerian lady has accused the Beachland Specialist Hospital in Arepo axis of Ogun State of negligence which allegedly led to the death of her friend, Omolara, at the health facility.

In a Twitter thread on Saturday, the lady explained that her friend, who is a staff at the Lagos State Emergency Management Agency (LASEMA), was rushed to the hospital after suffering an ulcer attack.

According to her, Omolara went home after the injection but when she visited her place later in the day, she saw her sweating profusely and breathing hard.

She explained that she had thereafter sought the help of her friend’s neighbour and rushed her back to the hospital where she was treated.

“I got to Lara’s place at past 10. She had tried to eat and vomited, she was sweating profusely. I started to clean, she vomited again. I went to her neighbor so we could go back to the hospital since she wasn’t getting better, she was breathing hard too,” she wrote.

The lady said the doctor who treated her had disclosed that she would have to be admitted and was thereafter given further injections by a nurse as her friend was writhing in pain.

She said the health officials later placed a device on her thumb and asked her to alert them if her friend’s condition deteriorates before she was given more injections.

The lady said her friend’s condition got worse instead of improving while the device placed on her thumb stopped working due to low battery.

She said at that point, another doctor who attended to them had suggested that her friend should be placed on oxygen and started asking questions about the deceased’s health history.

The lady said after a while, the doctor said she would be referred to the Lagos State University Teaching Hospital (LASUTH).

She noted that she then reached out to people for help including LASEMA where she works.

The lady said LASEMA officials who spoke with her did not respond as they “were scared that the ambulance wouldn’t be able to come over, since it’s not on their call record”.

She explained that they eventually found a way to transport her to LASUTH but on getting there, she was pronounced dead.

“They placed her head on my laps and asked me to raise my laps, the windows were [wound] down as they advised, When we got to LASUTH, the doctors at the medical emergency announced Lara dead and they filled a form ‘BID’ (Brought in dead) Lara died! She died on my laps and in my arms,” she wrote.

“Lara’s health was obviously mismanaged. Lara doesn’t joke with her health, she went to the hospital herself, It’s a pity it had to be Lara my friend, Lara could be me tomorrow, Lara could be you.

“The health system needs a reform. Health mismanagement and negligence of the health workers in beachland specialist hospital Arepo killed my friend Omolara Omoyajuwolo. There was no ambulance, there was no supporting oxygen, there was no nurse.”

The lady’s demise has prompted the #JusticeForOmolara hashtag on the microblogging platform with many Nigerians demanding justice in the case.

The management of the Beachland Specialist Hospital in Arepo has yet to respond to the allegation as of the time of filing this report.

The development comes at about the same time when the family of a Lagos-based pastry chef, Peju Ugboma, accused the management of Premier Specialist Medical Centre of negligence which they claimed led to their daughter’s death.