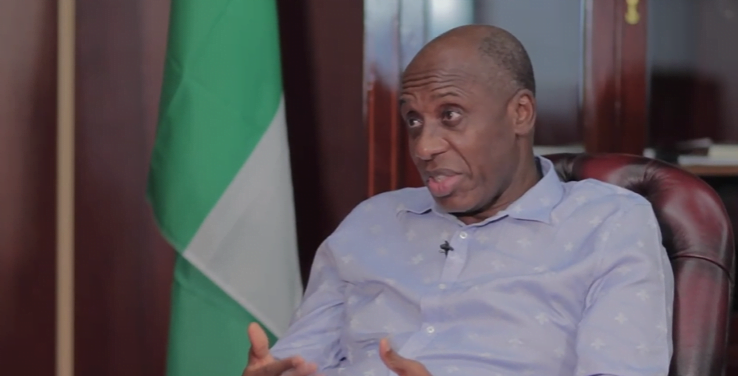 The Minister of Transportation, Rotimi Amaechi has inaugurated an investigative committee set up to investigate allegations against the suspended Managing Director of the Nigerian Ports Authority (NPA), Hadiza Bala-Usman.

The 11-man investigative panel was inaugurated on Monday by Amaechi to look into the details of alleged misappropriation of funds by the NPA management under the leadership of Bala-Usman.

Usman allegedly failed to remit N165 billion surplus revenue to the coffers of government but she has denied the allegations against her.

It will be recalled as earlier reported by Naija News that the presidency had confirmed the suspension of the Managing Director, Nigerian Ports Authority (NPA), Hadiza Bala Usman.

The suspension according to a statement on Thursday evening by presidential spokesperson, Garba Shehu was approved by President Muhammadu Buhari.