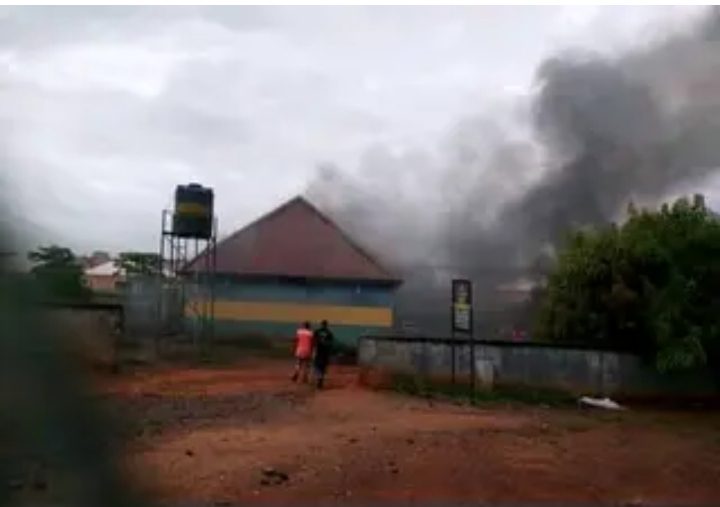 The Ubani Market Police station in Bende Local Government Area of Abia State has been attacked by suspected hoodlums.

According to Daily Truth, the armed men invaded the station in the early hours of Sunday.

However, no police officer was killed as policemen had relocated from the location days before the incident.

The officers working at the station were moved to a station at nearby TradeMoore housing Estate.

This is coming hours after Gunmen killed at least seven policemen during an attack on checkpoints and police stations in Rivers State, on Friday night.

Naija News learned that the gunmen killed two police officers in the Rumuji police station in Emuoha Local Government Area of state, burnt the station, and some vehicles inside the facility.