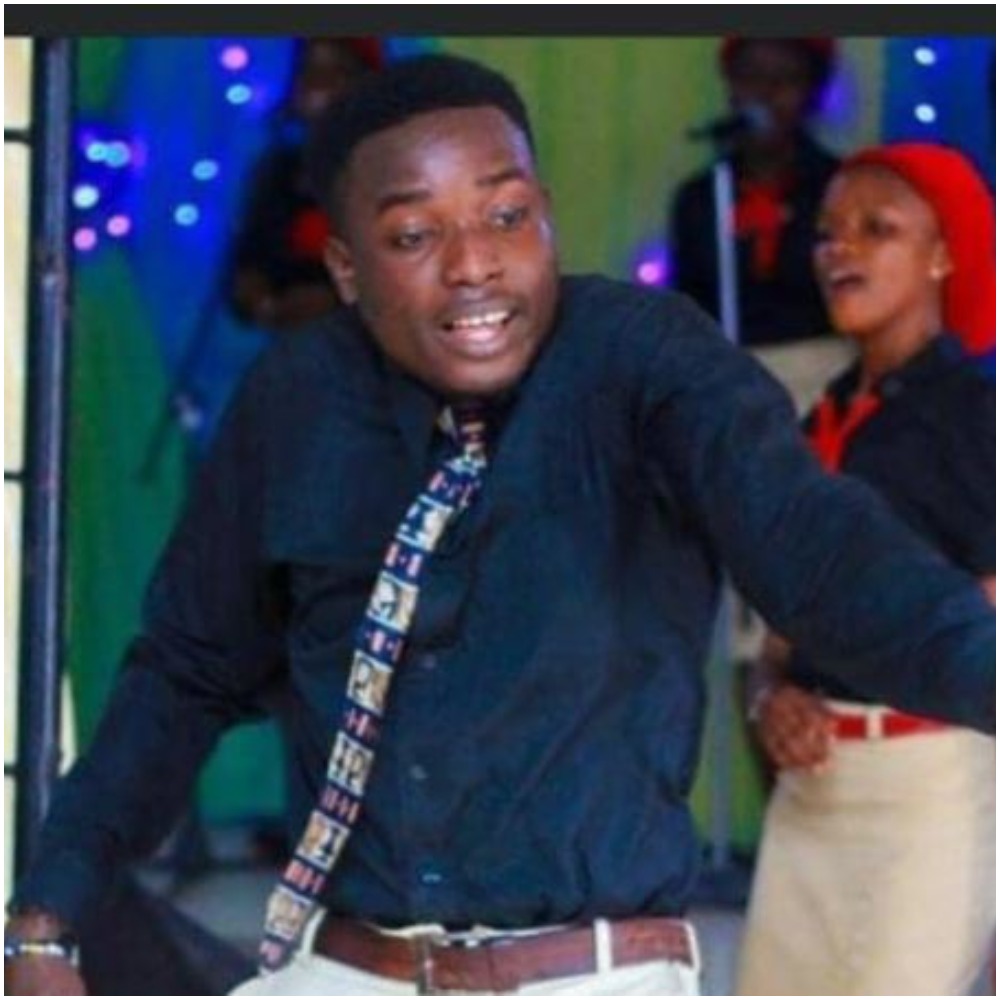 A young Nigerian guitarist, identified as Godfrey Okoye has slumped and dead while worshipping God in in a church in Delta state.

According to Jackson, a friend to the deceased shared photos of the young man on his Facebook page and stating that he died while worshipping God on Sunday, May 2.

Naija News gathered that late Jerry was a member of the Redeemed Christian Church of God (RCCG).

Taking to Facebook to announce the sad news, Jackson wrote

“He wasn’t sick. His mum said he has gone to be with the lord that God has called him, that he died on the altar while worshipping God, that the way he played yesterday(The Bass Guitar) he has never played like that before that he Knelt down worshipping and later lay down till after the worship everyone was up but he was still there before they came to raise him up and found out he’s gone 2 rest with the Lord .RIP bro Jay Ray Maya aka E-Major

4ever in my mind“

“Rest In Peace brother. We played music together many times in Godfrey Okoye university” He slumped and died in church. Jerry was such an upright Christian who lived a life worthy of emulation. I want to quickly remind us of the scripture that says…we should not mourn like the people of the world when a believer dies. Jerry has gone to be with the Lord.” 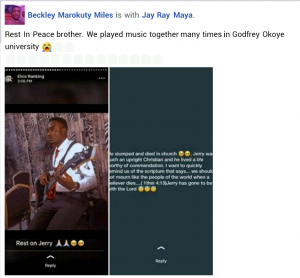 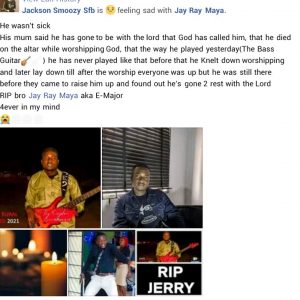