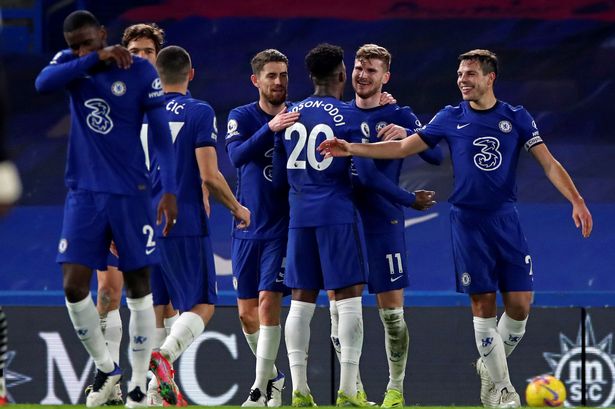 Thomas Tuchel’s side humbled Zinedine Zidane’s side in their semi-final clash tonight after a 28 and 85 minutes goal from Timo Werner and Mason Mount.

Wednesday night victory booked a space for Chelsea to face Pep Guardiola’s side, Manchester City in the 2020/21 UEFA Champions League finals to be played on May 29, 2021, Naija News reports.

Meanwhile, fans of English Premier League clubs will be granted the grace to witness the last two rounds of fixtures following the expected easing of lockdown restrictions by the UK government.

Naija News understands that the development will see a crowd of up 10,000 or 25 per cent of capacity permitted starting from May 17.

The Premier League in its plan to fit in has altered its fixture schedule to ensure that each of the 20 teams gets the opportunity to host at least one home match with a crowd.