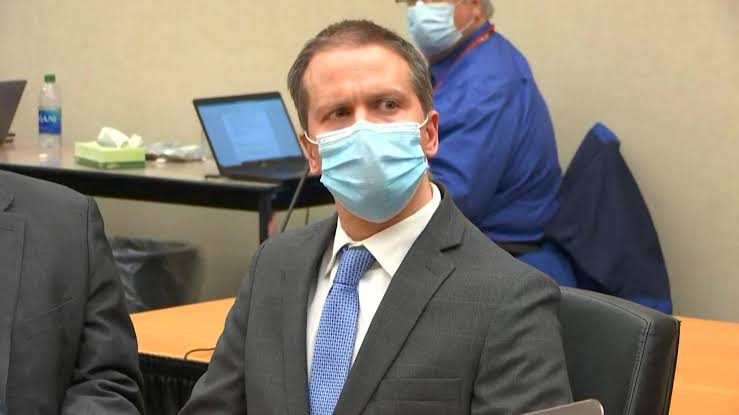 Convicted felon, Derek Chauvin has filed an appeal for a new trial after being found guilty of killing George Floyd.

According to CNN, the former Minneapolis police officer says his constitutional right to a fair trial was repeatedly violated throughout the proceedings.

The filing cites a total of eight errors committed by prosecutors and the court, including the refusal to change the trial’s venue and failure to sequester the jury.

Chauvin’s attorney, Eric Nelson, argued the jurors should’ve been ordered to avoid all media so they would not be exposed to prejudicial publicity regarding the case and his client.

“The court abused its discretion when it failed to sequester the jury for the duration of the trial, or in the least, admonish them to avoid all media, which resulted in jury exposure to prejudicial publicity regarding the trial during the proceedings,” Defense attorney, Nelson wrote in the motion.

“As well as jury intimidation and potential fear of retribution among jurors, which violated Mr. Chauvin’s constitutional rights to due process and to a fair trial.”

Nelson also criticized the court for not ordering testimony from Morries Hall, Floyd’s friend who was with him in the moments leading up to his death.