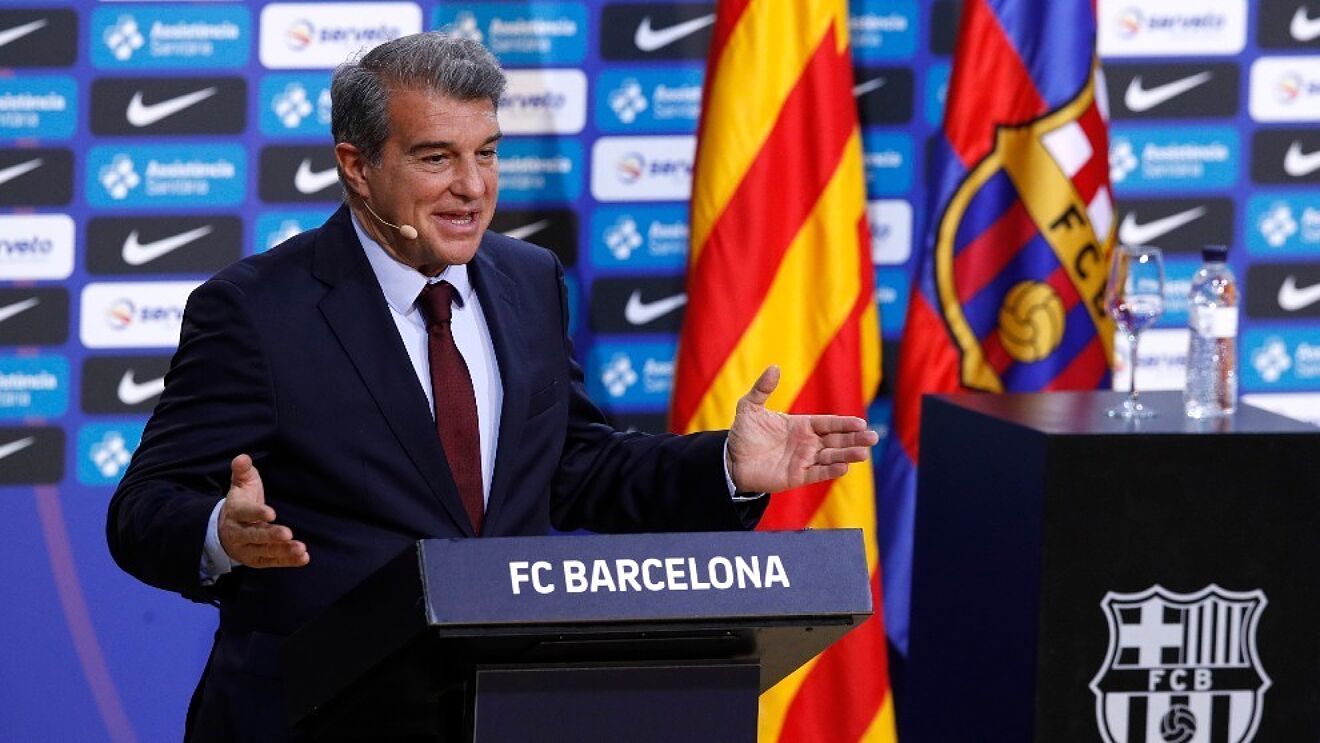 Spanish politician and current president of FC Barcelona, Joan Laporta has revealed how the club could win the Laliga trophy this season.

Naija News understands that Barcelona will face Atletico Madrid at Camp Nou on Saturday, and will need more points ahead to claim the Laliga Santander.

Speaking about the coveted trophy, Laporta said the Catalans will need four wins in LaLiga to win the title. Barcelona’s chances of winning the league, however, will depend on if Real Madrid wins or lose any of their games.

Barca and Madrid are both on 74 points, but Zinedine Zidane’s men will win the title if the two sides finish a level, thanks to their superior head-to-head record.

“I said before the weekend that if we win all five remaining games, we’re convinced we will win the league,” said Laporta.

He added: “Now it’s four wins to win the title.”

Meanwhile, a Belgian professional footballer who plays as a striker for Inter Milan, Romelu Menama Lukaku Bolingoli, better known as Romelu Lukaku has vowed to ‘put down his life’ for his coach, Antonio Conte.

The 27-year-old player revealed during an interview with La Tribune that the advice he received from the manager help him improve his game following his arrival at San Siro from Manchester United, Naija News reports.