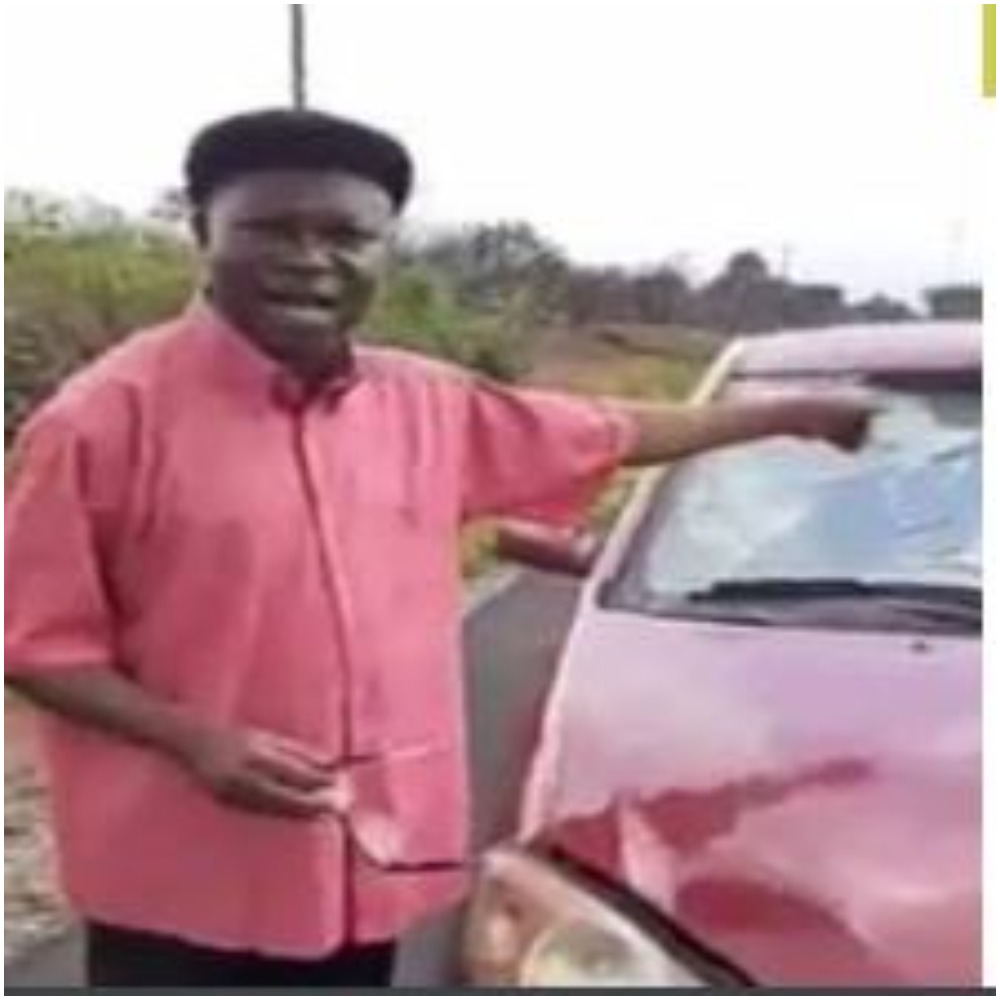 A middle-aged Lawyer has cried out after Nigerian soldiers vandalized his car because of the Biafran flag they found in it. Naija News reports

According to lawyer, who is yet to be identified as at the filing of this report, in a video shared on Facebook captured the man beside his vandalized car narrating how the security operatives confronted him for having a Biafran flag in his car in Imo.

The man also stated that they threatened to kill him for having the flag inside his vehicle.

See the photo from the vandalized vehicle below; 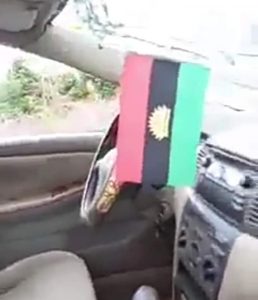 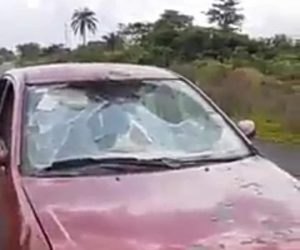 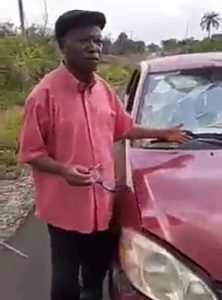 Meanwhile, the United Kingdom policy states that Biafran separatist groups who wish to apply for asylum in their country on the ground of “political persecution” must be physically present in the UK.

The applicant must also not be considered a security risk to the UK.

Naija News had earlier reported that the Federal Government of Nigeria rejected the plan by the UK government to grant asylum to persecuted members of IPOB and the Movement for the Actualisation of the Sovereign State of Biafra (MASSOB).

According to The Cable, the UK Visas and Immigration (UKVI) has released new guidelines to its decision-makers on how to consider and grant asylum applications by members of Biafran secessionist groups.

Asylum is to be granted to “persecuted” members of the Indigenous People of Biafra (IPOB), which has been designated as a terrorist organisation by the Nigerian government, and the Movement for the Actualisation of the Sovereign State of Biafra (MASSOB).