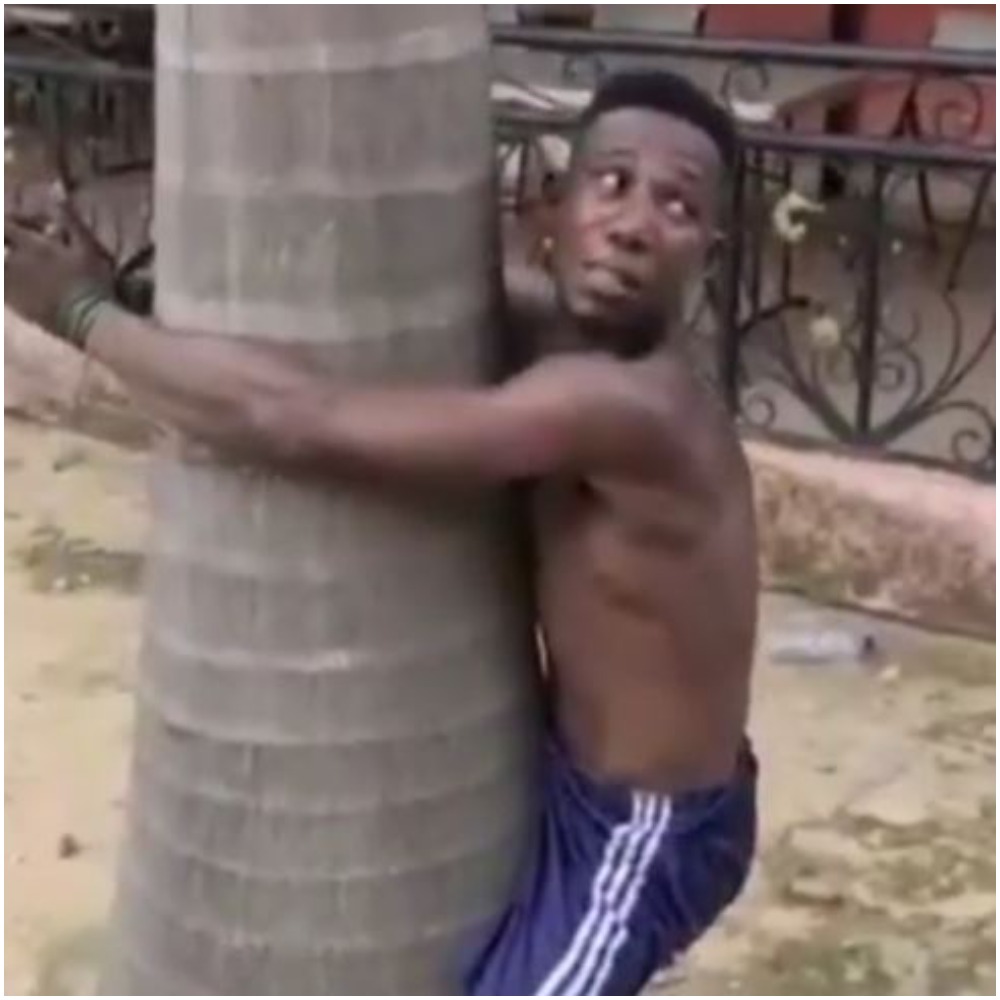 A video of angry Anambra youths flogging a man mercilessly for flogging, boxing, and kicking his mother in a viral video has becoming a growing sensation since it was first shared on social media.

It was gathered that the man who identified as Sunday Maduegbunam Kosisochukwu from Ogidi in Anambra state physically assaulted his mother.

Youths in the community however, confronted Sunday Maduegbunam after a video of him beating a woman believed to be his mother went viral. They asked him if the video was doctored, which he admitted he’s the one in the video and it wasn’t doctored.

He acknowledged he did wrong and asked for forgiveness.

However, the youths made him have a taste of his medicine. They tied his hands and feet to a tree and flogged him too.

Photos of Sunday Maduegbunam beating his mother below;