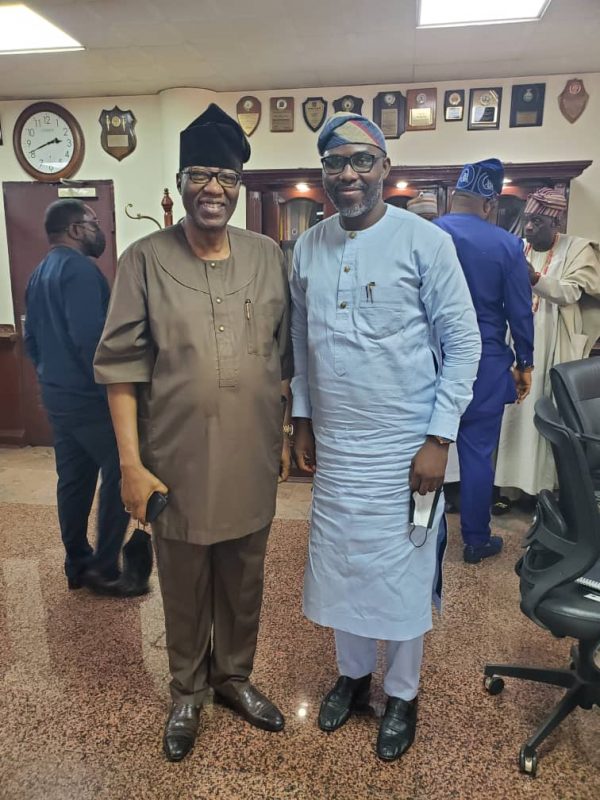 A former Governor of Ogun State, Gbenga Daniel has met with the South West leadership of Tinubu Support Organisation (TSO)  in Lagos.

Naija News reports that Daniel met with the Director-General of the group, Aminu Suleiman, in the company of Lanre Oyegbola-Sodipo on Friday.

He said the warmth both governors extended to him were exemplary and he cherished the moments greatly.

Whilst welcoming the team, Gbenga Daniel made reference to the long-standing relationship between himself and Tinubu.

He commended the effort of Suleiman to have thrown his hat at pivoting the call and consultations for Asiwaju ahead of the 2023 Presidential elections.

Daniel equally mentioned that the nation’s unity is at this critical time second to none in the consideration of all.

According to him, the call for the Asiwaju presidency is a move in the right direction that will strengthen the unity of Nigeria.

He praised Suleiman for championing the Tinubu that should ordinarily be a southern agenda and drive.