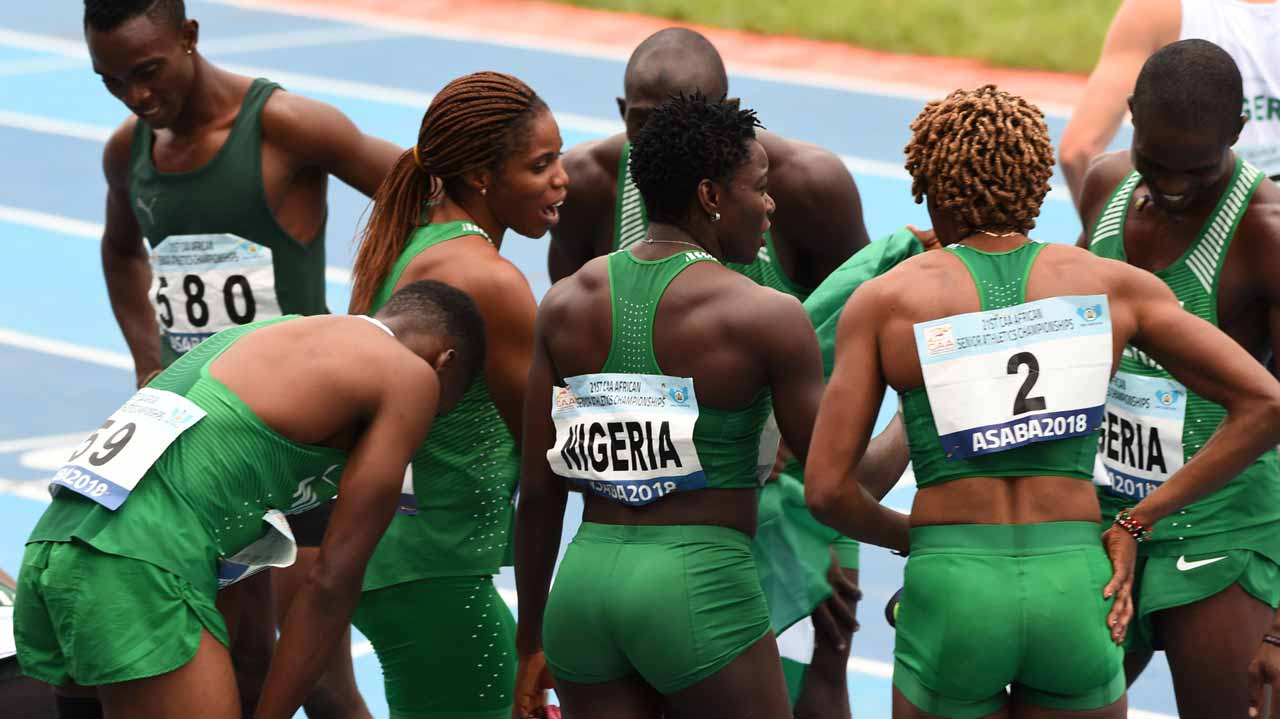 Nigeria will be missing out on the 2021 World Athletics relays scheduled for May 1 to 2 in Poland.

Naija News reports that the announcement was contained in a statement released on Thursday, April 29 by the Athletics Federation of Nigeria.

AFN’s factional president, Ibrahim Shehu-Gusau had revealed in a statement that the Sports ministry scuttles Nigeria’s World Relays participation. However, in reaction to the report, John Akanji, media aide to the sports minister, Sunday Dare, faulted Shehu Gusau’s claim, noting that the latter is not the recognised AFN president.

Akanji explained that the athletes were denied visas by the US embassy and hence the reason why they will be missing in the relay game.

Naija News understands that there is a leadership crisis currently rocking the Nigerian athletics body with the sports ministry backing a faction headed by one Olamide George.

Parts of the statement from Shehu Gusau-led AFN read: “Nigeria will not participate in the World Relays because the Ministry of Youth and Sports opted to take the athletes to a training tour in the United States for the same relays, they are yet to qualify for, instead of a pre- Olympic Games qualification in Poland.

“The information at our disposal is that athletes who were supposed to represent Nigeria at the World Athletics Relays in Silesia, Poland were taken to the USA Embassy to obtain visas for a training tour of an event they were yet to qualify for.

“The scheduled relays in Poland were meant to enable Nigeria to secure qualification for the Olympic Games in Tokyo but to our disbelief, the athletes’ passports were diverted to the USA Embassy to secure visas for a training camp for an event they are yet to qualify for. How can a qualification competition in Poland which was our best bet be ignored for a training camp in
the USA?

“This is one of the numerous reasons why sports in Nigeria should be allowed to be administered according to international best practices.”

Meanwhile, former Abia State Governor, Senator Orji Uzor Kalu has revealed the reason behind his interest in buying Arsenal Football Club back in 2020.

Naija News reports that the Senate Chief Whip in a chat with newsmen on Wednesday said his interest in Arsenal was purely based on business to make money as he is not a fan of the English Premiership club.