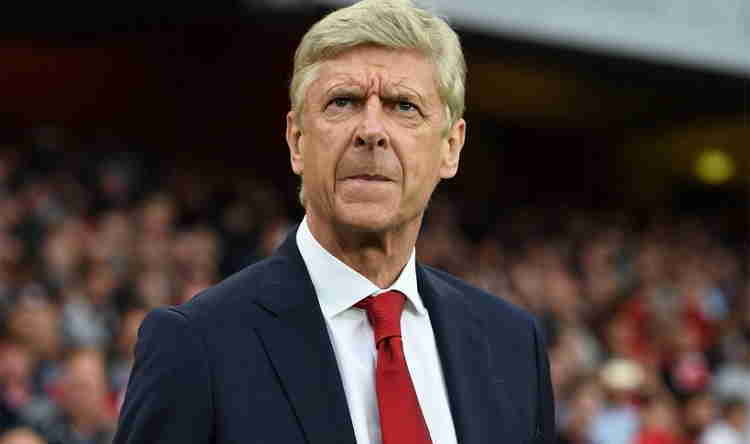 Former Arsenal manager, Arsene Wenger, has said Paris Saint-Germain were “emotional and aggressive in a stupid way” during their 2-1 loss to Manchester City in the Champions League.

Naija News reports that PSG took the lead through Marquinhos, before Kevin De Bruyne’s cross eluded everyone to make it 1-1.

Riyad Mahrez then struck a free-kick through the wall to win the game on Wednesday night. It gives Pep Guardiola’s men a massive advantage heading into the second leg of their semi-final tie next week.

PSG were also reduced to 10 men in the second half, as Idrissa Gueye was given a straight red card for a nasty challenge on Ilkay Gundogan.

Speaking to beIN Sports on Wednesday night, Wenger believes PSG’s second-half collapse was due to their poor discipline.

He said: “From the defenders turning their back, it’s between Paredes and Kimpembe. Why do you lie a guy on the ground if the guys in the wall open the wall?

“I personally believe that the second goal is not acceptable for that level.

“It’s not the first time you see players turning their back. City took advantage of that.

“In the second half, Paris Saint-Germain was protective, not progressive any more. Is it because they were not physically capable? They did not have the same availability.

“After the 1-1, they collapsed completely. They became emotional and aggressive in a stupid way.

“What was very interesting tonight is that you could see that when it was 1-1, PSG mentally collapsed.

“This is as well the consequence of this team losing eight games in the league. This has an impact in this kind of situation.

“When it’s 1-1, the team knows they have lost many games, they carry that.

“It’s not like the season before when they were unbeatable in the league. You could see the confidence drop considerably.

“The mental impact when Man City equalised in the semi-final of a Champions League was too big.”