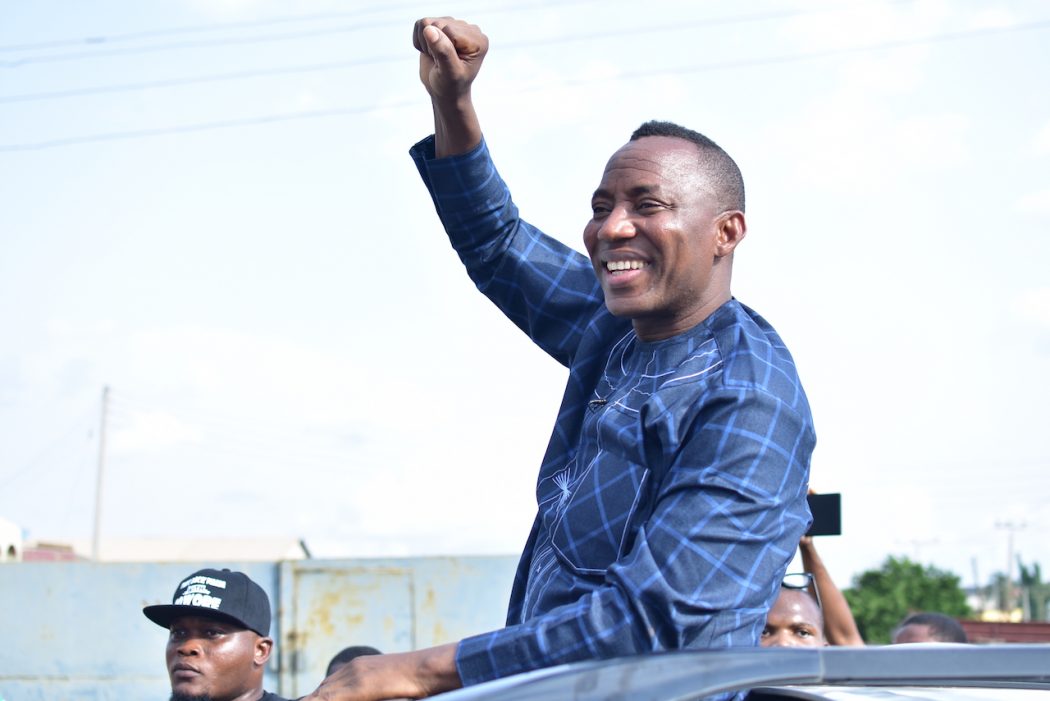 The National Executive Committee (NEC) of the African Action Congress (AAC) has recognized Omoyele Sowore as its National Chairman.

In a press statement issued on Wednesday and jointly signed by Omoyele Sowore, National Chairman; Ina Okopi Agu, ​​​​General Secretary and ‘Femi Adeyeye​​​, National Publicity Secretary, the NEC of the party also asked the Independent National Electoral Commission (INEC) to stop meddling in the affairs of the party.

The AAC called on the electoral umpire to recognise other National Officers elected along with Sowore at the Lagos Convention by the commission.

“INEC must stop its unprincipled and unnecessary meddlesomeness in the party.

“Deregistration of political parties- It is crystal clear that the Nigerian people have passed a vote of no confidence on the two sides of the evil coin that have destroyed the country and whatever could be regarded as nationhood- the All Progressives Congress and the Peoples Democratic Party.

“We know for a fact that the deregistration of political parties, purported appeal records against victorious court judgments, amongst other malfeasances perpetrated by INEC have reduced the confidence of the voting public and also constricted the electoral space more than ever witnessed in the history of this country.

“We, therefore, call on INEC Chairman, Professor Mahmood Yakubu to, in the interest of the mass of our people, respect the principles of constitutional and participatory democracy, by disembarking on the shameful journey to deny Nigerians their democratic rights to multiple political options.

“As a party established on solidarity and democratic tenets, we call for the expansion of the electoral space by INEC in order to provide a level playing ground as an independent umpire would,” the party said.