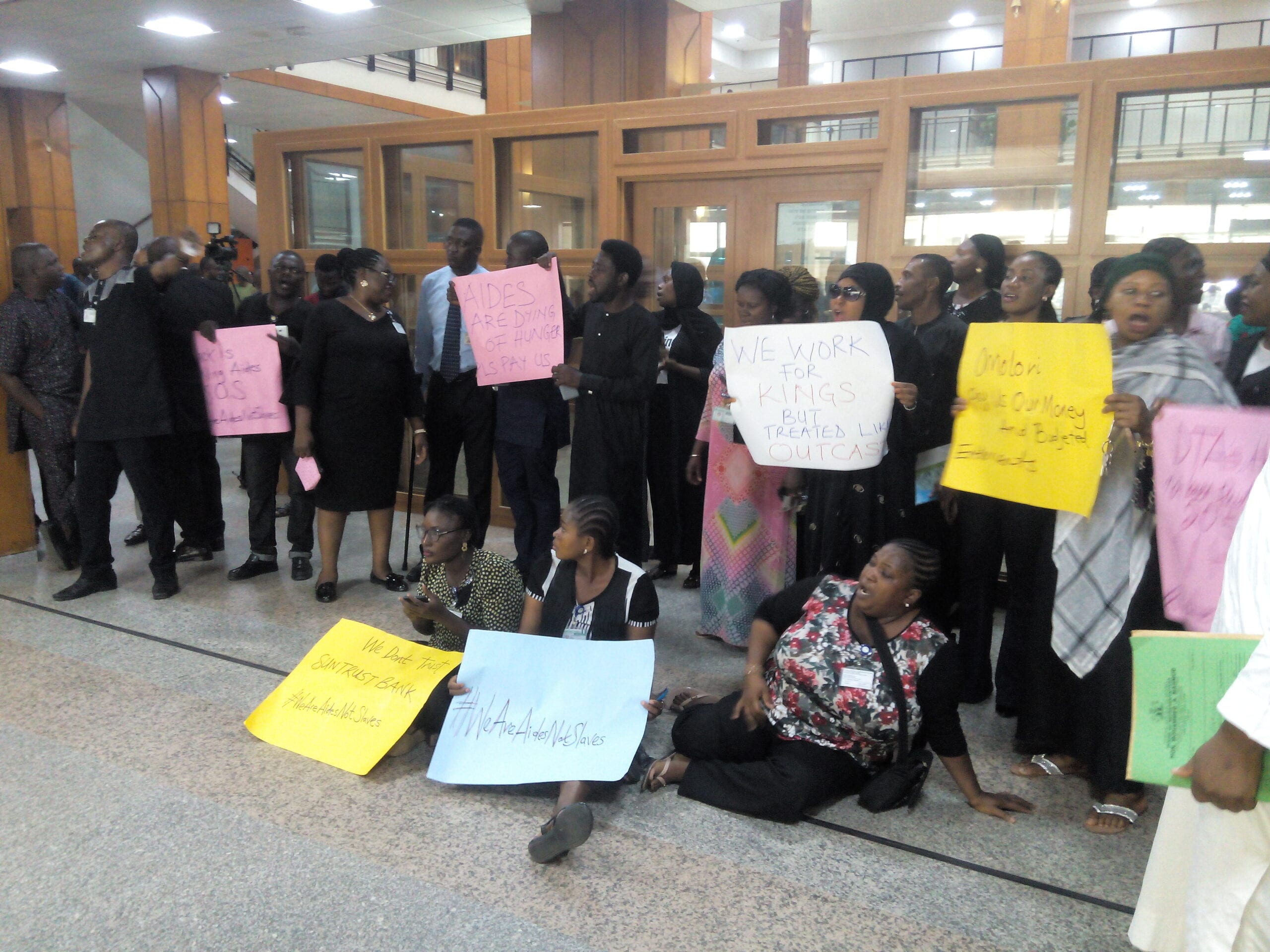 Naija News understands that the legislative aides under the body ‘The Concerned National Assembly Legislative Aides’ stormed the NASS building today to lament over months of unpaid salaries.

The workers are alleging that the N9.6 billion appropriated for the payment of their salaries is missing. The report monitored by Naija News on FIJ claimed that the group is demanding payment of 22 months unpaid salary arrears, minimum wage implementation, duty tour allowance, training and improved condition of service, according to Premium Times.

In their numbers, the protesting aides insist they would not leave the premises of the Assembly until their allowances and arrears are paid. Zebis Kekung, a member of the group, said the two weeks given to Femi Gbajabiamila, the Speaker of the House, to resolve the impasse had elapsed.

He said: “We have it on good authority that these salary arrears were duly appropriated and released on the first line charge,”

Kekung added: “Unfortunately, what the management of the National Assembly is saying is that this money is no more there. What happened to the money that was released for this purpose? It is either this money has been embezzled or misappropriated.”

Naija News recalls that the Legislative workers a few days ago blocked the Speaker of the House of Representatives, Femi Gbajabiamila over non-payment of allowances.

The aides reportedly positioned themselves and blocked the lawmakers of the upper and lower legislative Chambers to demand payment of their salaries.