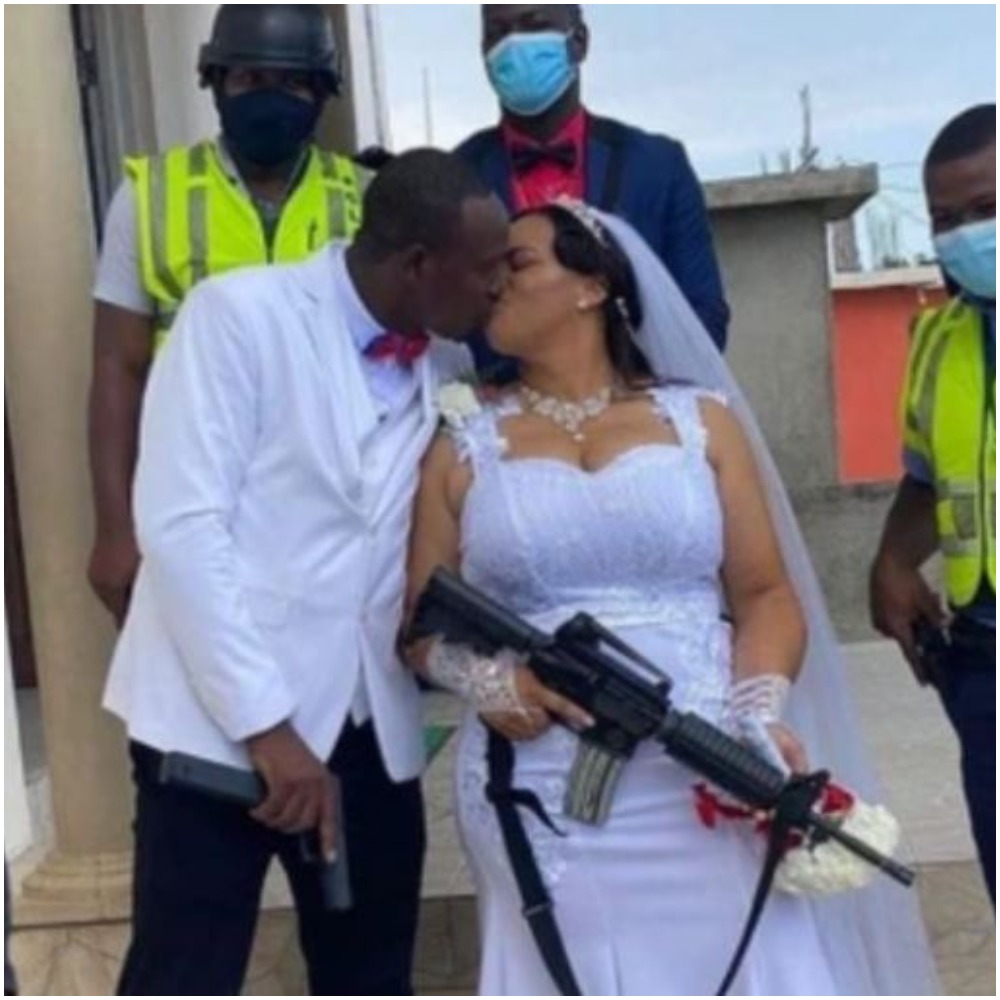 Nigerians on social media have reacted to a viral photo of a couple, presumably security operatives who wedded holding a gun.

In the photos that have become an internet sensation the couple who are yet to be identified as at the filing of this report were pictured sharing a kissing while holding who looked at a loaded guns.

The couples who were both dressed in white and black wedding attire were seen sharing a kiss after tieing the knot with a gun. The photos have however generated a lot on reactions. 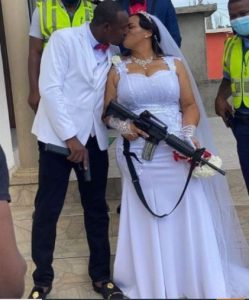 Here are some of the reactions gathered below;

@Mandy wrote; ‘If you do anyhow you see anyhow’

@jewelsxtra wrote; ‘If them born you well,stand up and say this wedding won’t hold’

@desertflower03 wrote; ‘This is razz!’