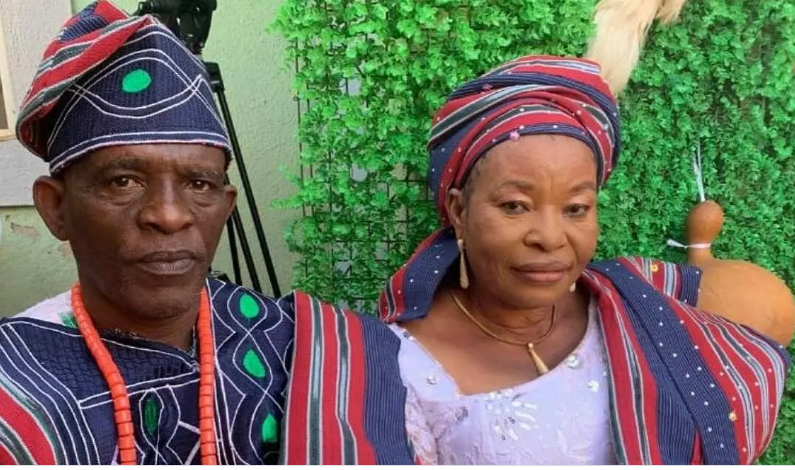 A hotel owner identified as Kehinde Ibidunni and his wife, Elizabeth has been allegedly assassinated by gunmen in an attack Atan – Ota in Ado – Odo/Ota Local Government Area of Ogun State.

It was reported that the gunmen shot the 63-year-old man and his wife after breaking into their residence at Atan–Ota in the early hours of Tuesday.

The gunmen forced their way into the residence through a grille. The noise caught the attention of a little girl living with the couple.

It was disclosed that the girl rushed to inform the man of the development and while tried to check what was going on, he was shot in the heart and died on the spot.

The gunmen after gaining access into the building got hold of the wife, beat her before she was shot dead.

The son of the victims, Olayinka described the incident as a case of assassination. He said his parents were murdered barely a month after they attended his wedding in Abuja.

Narrating the incident, he said “They (couple) stayed alone in the house. They have a little girl staying with them in the house for support. At about 3 am on April 27, the girl heard some people trying to gain access in to the house through the burglary proof. She immediately stood up, went to my dad’s room, and called him that some people were trying to gain entrance.”

“When my dad showed up to ask about the people, they shot him in the heart straight up. So, he died instantly. After they killed him, they gained access to the house. They went into the room, they met my mum, they beat her, they stabbed her and finally, they shot her. They killed the two of them and after that, they scattered the whole house, they took the little money they could lay their hands on and they left.”

When asked if it was a case of armed robbery or assassination, he responded, “From what we know and what the police are saying, it is a case of assassination. We can’t tell what type of robbery led to killing husband and wife. I think it is an assassination case.”

According to him, the police have taken the corpses to the morgue, but no arrest has been made in connection with the crime.

“The police were around all through, they were even the ones who took the corpse to the morgue. They told us that they have not laid their hands on any concrete evidence, but they are still trying to interview some people. We were even at the station as of yesterday (Tuesday),” Olayinka added.

Olayinka while describing his parents as “peaceful and loving,” hinted that the family has concluded an arrangement to bury the couple on Friday.