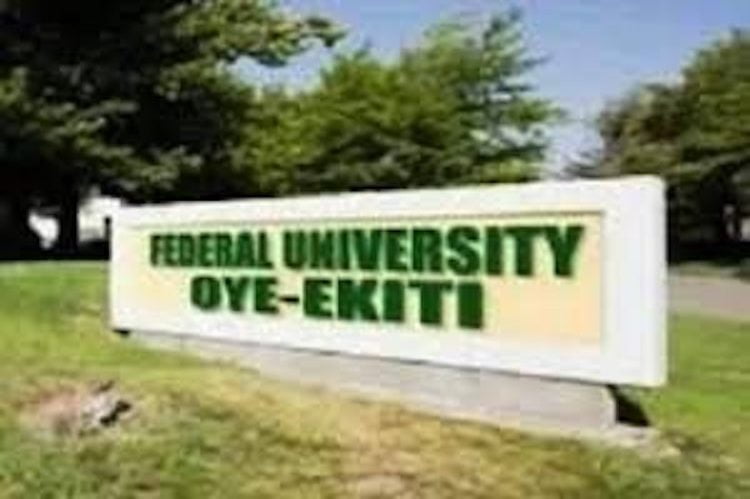 Mr Olatunbosun Odusanya, the Registrar of the Federal University, Oye Ekiti has been sacked.

The school council, headed by Dr Mohammed Yahuza, suspended the registrar to pave way for investigations into the allegations of misconduct levelled against him.

Reports emerging on Wednesday, April 28, however, confirmed that Odusanya was relieved of his position at the institution on Tuesday following approval by the University Governing Council of the report of the Disciplinary Committee.

The development was made public in a statement released to newsmen today by the Chief Information Officer of the institution, Mr Foluso Ogunmodede, and the Special Adviser on Media Matters to the Vice-Chancellor, Wole Balogun.

A part of the statement titled, ‘FUOYE Governing Council sacks Odusanya as Registrar’ read: “His sack was approved by the University Governing Council on Tuesday after critically looking at a report by the Council Disciplinary Committee set up to review the report of the Investigative Committee which reviewed all appointments during the said period. However, the Council has approved Mr Mufutau Ibrahim as FUOYE’s Acting Registrar,”

The statement added: “Those entertaining such fear or being furnished with such rumour should perish the thought as my administration is not going to witch-hunt any member of staff. I have no plan to sack any staff member of our great Ivory Tower.

“However, in line with the Council’s directive, we will review all the said appointments with a view to regularising all appointments that measure up to our standards, most notably departmental needs, qualifications, proper placement, and due process.

“I assure you, no one will be a victim of the suspension of the Registar by the Governing Council of our great Citadel of Learning.

“Rather, staff members shall continue to enjoy the best in terms of incentives to work, proper training to hone their skills and amazing welfare packages that will continue to gladden their hearts.”

The Vice-Chancellor, Prof Tola Badejo, while speaking with newsmen said the decision was taken to safeguard the lives of the students and staff and as well as the properties of the varsity, Naija News reports.