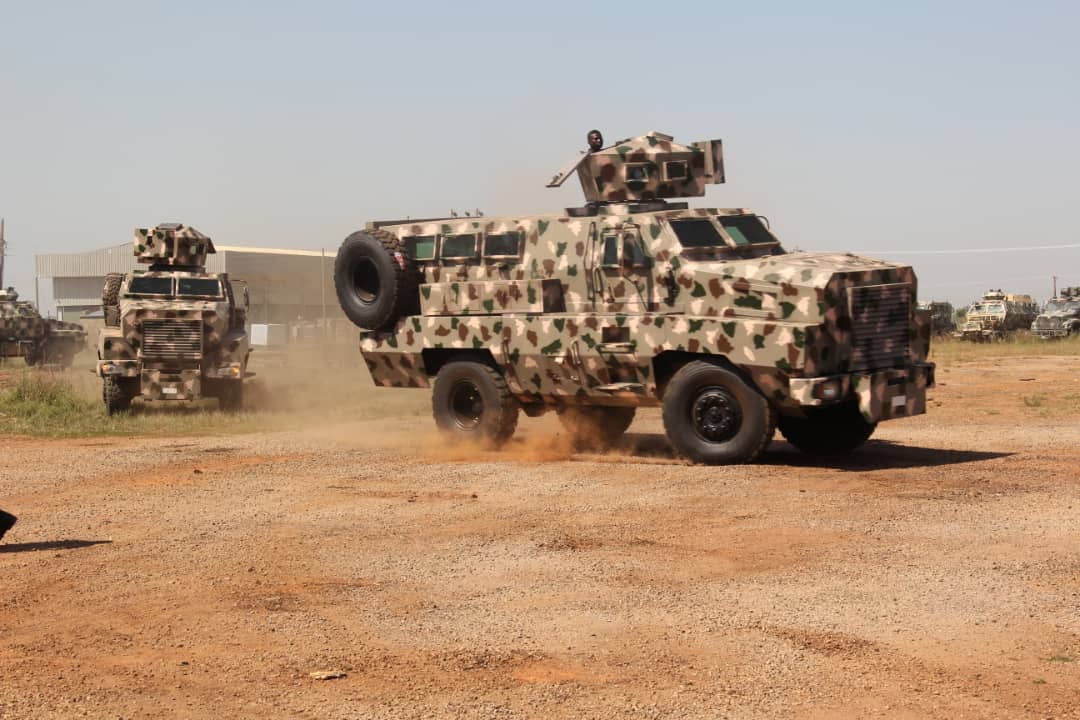 A military source has confirmed to newsmen the stealing of fighting vehicles from the Nigerian Army base in Borno State by suspected members of the Islamic State in West Africa Province (ISWAP).

The report monitored by Naija News on TheCable alleged that the terrorist group do away with about two mine-resistant ambush-protected (MRAP) vehicles from the army base.

According to the source, the event happened around Mainok, when the tactical vehicles were being escorted to Maiduguri, Borno state capital by the troops. The Nigerian Army had in a statement on Monday by its spokesperson, Brigadier General Mohammed Yerima confirmed that troops came under attack from Boko Haram/ISWAP terrorists in Mainok, Borno State, and one officer and six soldiers, unfortunately, lost their lives in the encounter.

The Army statement however added that many of the terrorists who launched the attack were killed by the troops who fought gallantly until reinforcement arrived and the insurgents were forced to flee.

The troops escorting the MRAPs were said to have stopped by at the military base, following the attack. One of the army commanders in the area was said to have received a call that some friendly forces were closer to the military camp.

“Unknown to the troops, the said friendly forces were the ISWAP insurgents,” one of the sources told newsmen.

The source added: “In fact, they had come with about four other MRAPs. They got into the base, and while a larger part of the soldiers were relaxed, they opened fire on them and moved out the two MRAPs being taken to Maiduguri.

“It is difficult to figure how communication got compromised that the commander got the wrong signal.”

Another source said, “the MRAPs they came in with to attack were stolen weeks ago in Buratai when the insurgents attacked. They also now have this APC they rebuilt with caterpillar parts”.

However, when contacted on the development, Mohammed Yerima, army spokesperson, denied that the troops lost tactical vehicles to the insurgents.