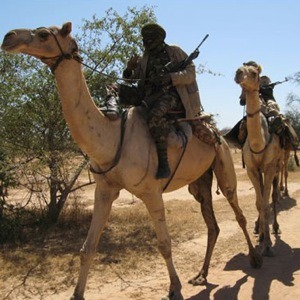 A provincial governor in Chad, Mahamat Fadoul Mackaye, has revealed that fighting between the army and jihadists in the Lake Chad region on Tuesday left at least 12 Chadians dead.

He told AFP that 40 Islamist fighters were also killed following the attack on an army position in the marshy region used as a rear base by jihadist groups including Nigeria-based Boko Haram and a dissident branch, the Islamic State West Africa Province (ISWAP).

“The defence forces responded vigorously to chase away the enemy, which left 40 bodies and weapons, but we mourn the loss of 12 soldiers,” Mackaye told AFP by telephone.

Both Boko Haram and ISWAP regularly target the army as well as civilians.

ISWAP split from Boko Haram in 2016 and became a dominant group, launching attacks on military bases and ambushing troops while abducting travellers at bogus checkpoints.

Tuesday’s fighting took place at dawn between the towns of Ngouboua and Kaiga, some 100 kilometres (60 miles) north of the capital N’Djamena, a high-ranking security forces official said, requesting anonymity.

The spokesman of the Chadian army, General Azem Bermandoa Agouna, confirmed the attack but declined to give a casualty toll when contacted.