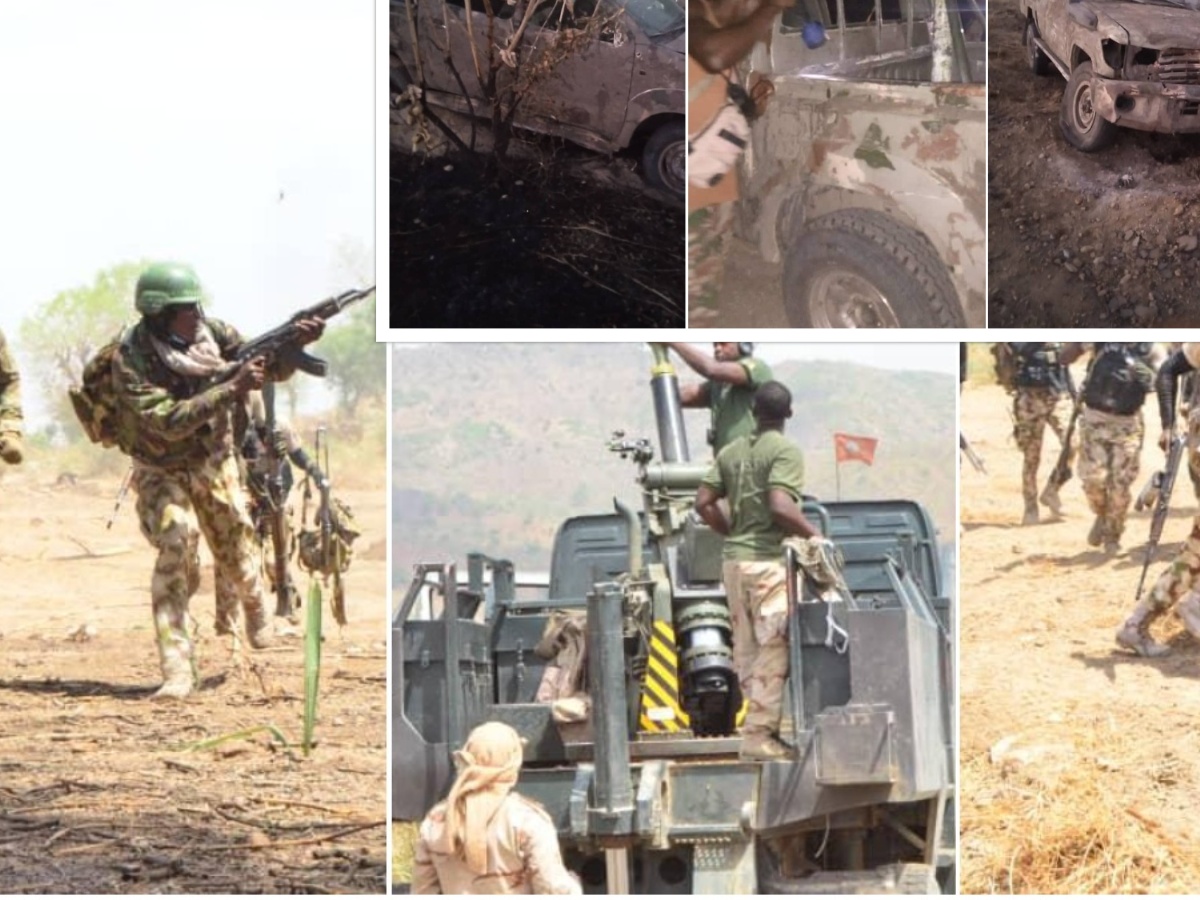 Bodies of Boko Haram terrorists reportedly littered around in a counter-terrorism strategist attack by troops of the Nigerian Army during the last weekend.

A statement released to newsmen on Tuesday revealed that Nigeria troops in their bid to rid the country of terrorism ambushed and conducted clearance operations killing scores of ISWAP/ Boko Haram terrorists in Wulgo and Gwoza axis of Borno.

Naija News understands that the troops who were angered by the misfortune that befell a gallant Army Commander and Soldiers in Mainok devised the new pre-emptive and swift counter-terrorism strategies. The operation according to an intelligence source paid off as troops were able to repel attacks at Gwoza and Wulgo earlier.

“The Gwoza operation was successfully executed after credible intelligence indicated that terrorists were advancing towards Lokodissa- Yamtake with a mission to infiltrate military facility in axis. The strategic ambush was so successfully carried out in this rocky and hilly town that borders Cameroon.

The troops were also said to have cleared Boko Haram settlements and Camps in the mountainous Kwatara axis at Mandara Mountain. During the firefight, the troops pursued terrorists beyond the Mango plantation.

The military source said: “With the support of multinational Joint Taskforce in conjunction with the Civilian JTF, the troops pursued the terrorists who fled uphill. Because of the rugged terrain, the military deployed mortar, artillery and Multi Barrel Rocket Launcher (MBRL) in shelling the targets during the operation.”