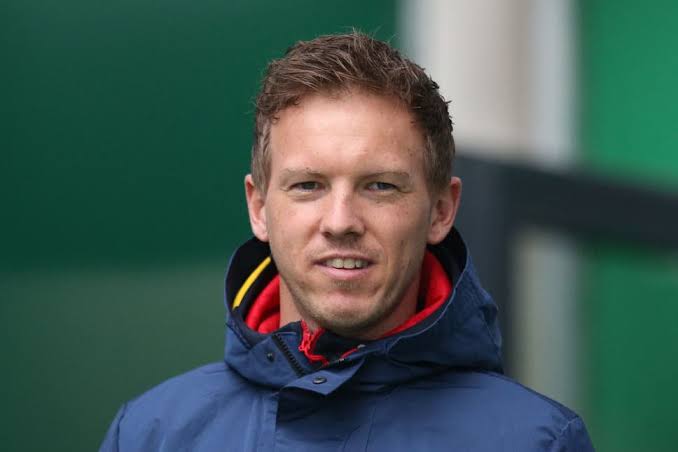 A statement released on Tuesday (today) confirmed that the 33 years old manager will arrive the club in July.

The Bavarians who is expected to sustain Munich’s championship and take the club higher signed a five years deal, Munich’s official website confirmed on Tuesday morning.

The statement reads: “FC Bayern have appointed Julian Nagelsmann as their new head coach,” the club started, “the Bavarian-born 33-year-old will move to Munich from RB Leipzig on 1 July 2021 ahead of the new season, signing a five-year-contract with the German record champions until 30 June 2026.”

“Julian Nagelsmann represents a new generation of coaches. Despite his young age, he already has an impressive CV. We are convinced that with Julian Nagelsmann, we can continue the magnificent successes of recent years.”

On his part, Bayern Munich and Germany legendary goalkeeper, Oliver Kahn, currently a board member at the club also dreams of future success with Nagelsmann at the helm.

He said: “Julian’s contract length of five years alone shows how committed he is to FC Bayern. I am convinced that FC Bayern’s sporting future will be a very successful one with Julian Nagelsmann,”

Naija News understands that Nagelsmann joined RB Leipzig in July 2019 and led the team to the semi-finals of the UEFA Champions League last season.