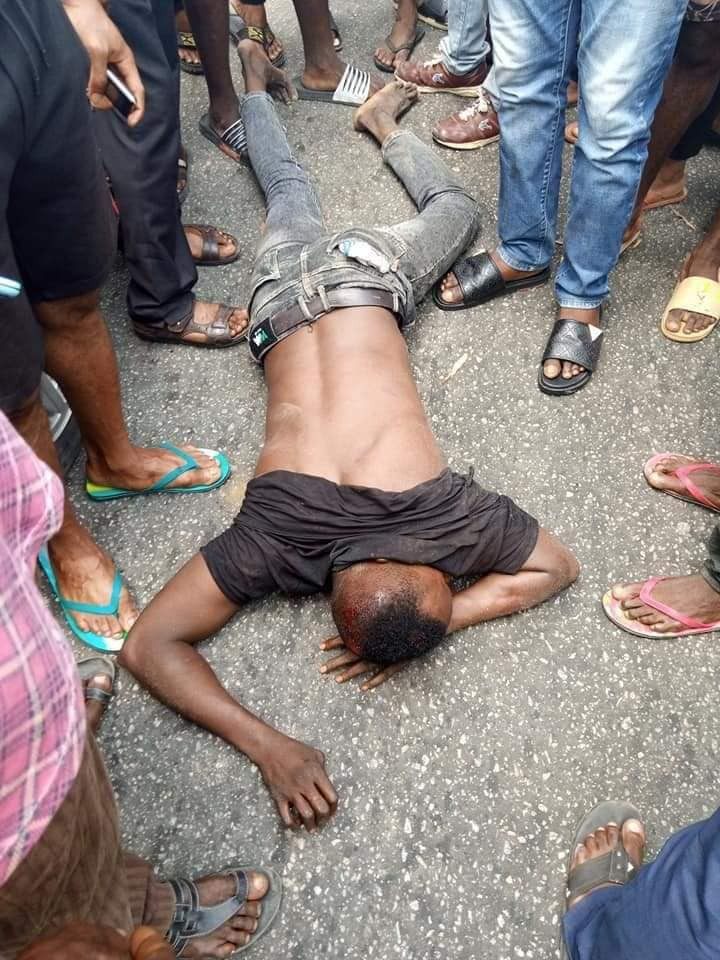 A mob has beaten to stupor a middle-aged man for attempting to steal a Toyota Camry from a church in Afaha Oku, Uyo, the capital city of Akwa Ibom State.

Naija News learnt that the young man entered the premises of the Hill Top Church of Christ on Sunday, April 25 and used a master key to unlock a car in an attempt to do away with it. He was, however, caught in the act and was severely dealt with by youths of the community who later reportedly handed him over to the police.

An eyewitness, Oduononwi Abidiak, who confirmed the incident to newsmen revealed that the car belonged to a first-timer who visited the Church for a child dedication service. 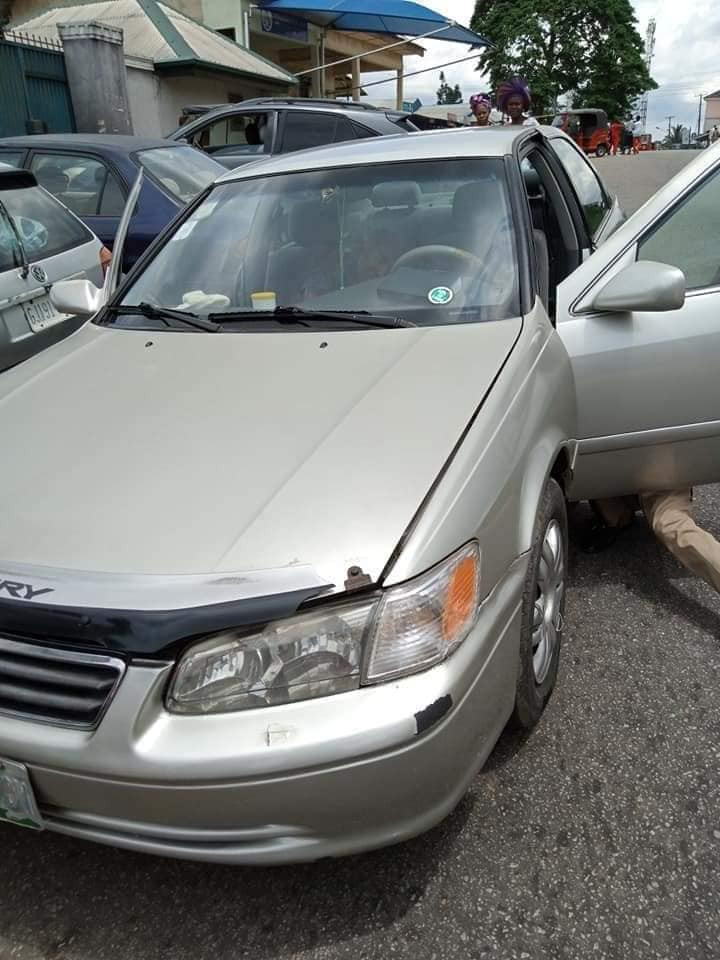 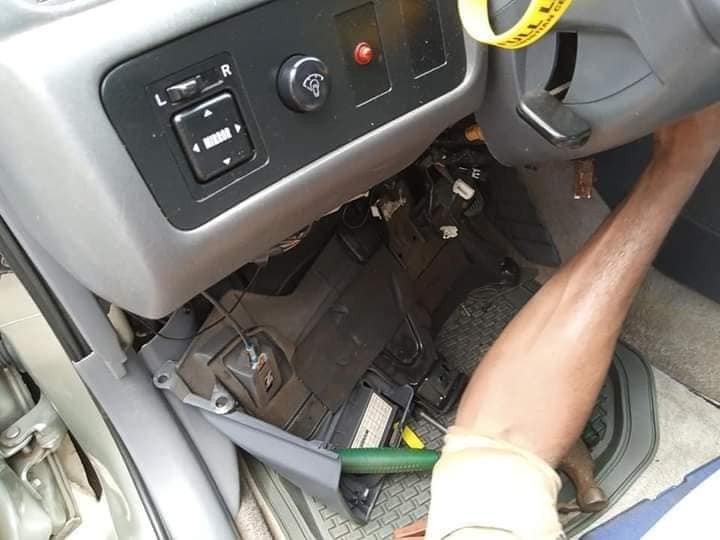 Abidak’s statement reads: “God today prove Himself a mighty God at Hill Top Church of Christ Afaha Oku, Uyo as he put to shame the devil.

“The pictures you are seeing here shown a young guy who almost absconded with a Toyota Camry belonging to a visitor who join us at Hilltop Church of Christ, Afaha Oku for a child dedication service while service was ongoing. He was caught after he succeeded in unlocking the car with a master key and trying to move.