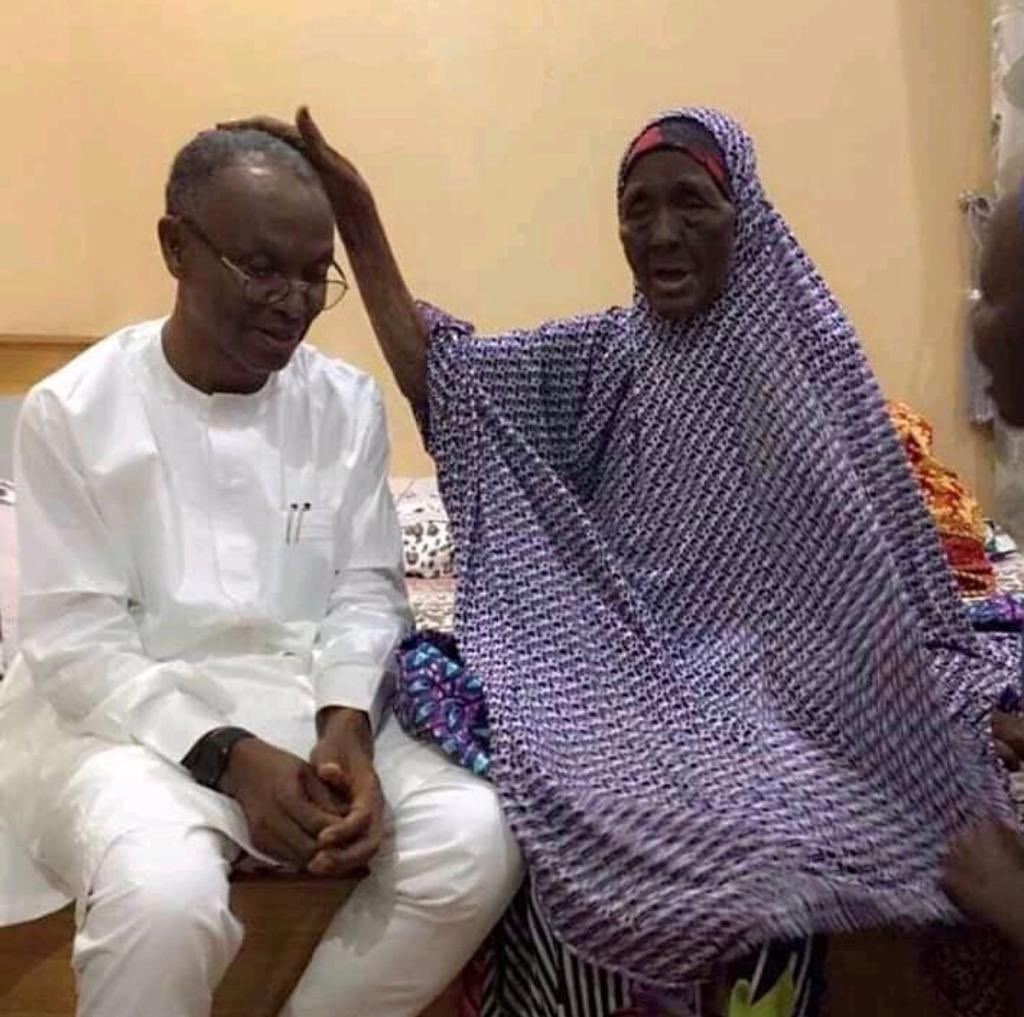 Nigerians on social media have registered their concerns after a photo of Governor Nasir El-Rufai of Kaduna State and his mother praying for him surfaced on the internet.

Governor El-Rufai could be seen in the above photo shared by investigative journalist, Jackson Ude, with his mother laying hand on him, allegedly praying for him for a job well done in Kaduna.

Reacting to the development, Ude and other concerned citizens on the social platform, Twitter precisely makes a mockery of the event, lamenting that residents in the state are getting killed while the governor is receiving applaud from his mother.

While Elrufai is receiving his mother’s blessings, kidnappers are going from house to house at the Low cost houses in kofar kuyan bana in zaria kaduna state, killing and robbing citizens. They have been there for over an hour now! #bandits #Nigeria

He's not going beyond 2023
He'll pay for all his Mischiefs

“The mama must pray for his son no matter what. However, it is only God that answers prayers and He never does partial or support the wicked. Just don’t be in a hurry to watch the film to the end,” wrote a netizen identified as Oluwatoyin Adeyemi [@sirT1991].

Naija News had reported earlier that gunmen suspected to bandits on Sunday shot a worshipper dead after invading a church in Chukun Local Government Area of Kaduna State.

It was gathered that the bandits abducted some worshippers, while others sustained injuries.

This is coming after corpses of three students of Greenfield University, a private institution in Chukun LGA, were found three days after their abduction, Naija News reports.