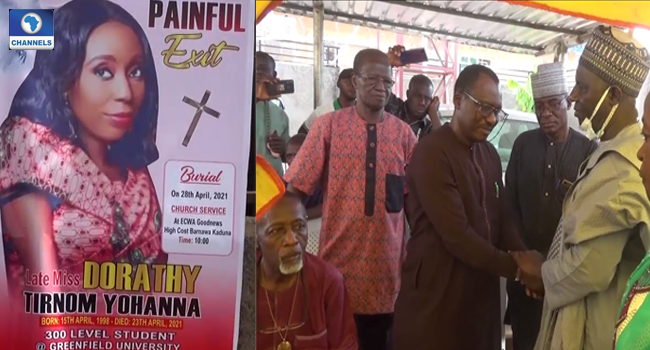 Governor Nasir El-Rufai-led government has sent a delegation to sympathise with the families of the three students of Greenfield University, who were killed by bandits after they were abducted from the school.

The Commissioner of Education in the state, Shehu Mohammed, led the team to visit the families of the students in Jaji, Barnawa, and Sabon Tasha areas in Igabi and Chikun Local Government Areas.

Mohammed while consoling the parents of the deceased students over the unfortunate incident, added that the state government has commenced the process of beefing up security around schools in the state and also relocating students from schools located in vulnerable areas to safer places.

He further stated that the state government will not negotiate with bandits even in the face of the present situation.

“There are due processes for one to follow to seek redress. For somebody to take arms against his fellow citizen is unconstitutional and unacceptable and the governor will not tolerate that,” Mohammed said.

The Proprietor of Greenfield University, Mr Simon Nwakaja who is also an uncle to one of the slain students lamented that he didn’t do any wrong by citing the University along the Kaduna- Abuja.

The affected students were in 300 Level, departments of Accounting,  International relations, and Cybersecurity department before their abduction which led to their death.

They were abducted last week Tuesday and their dead bodies were discovered by Security officials on Friday.