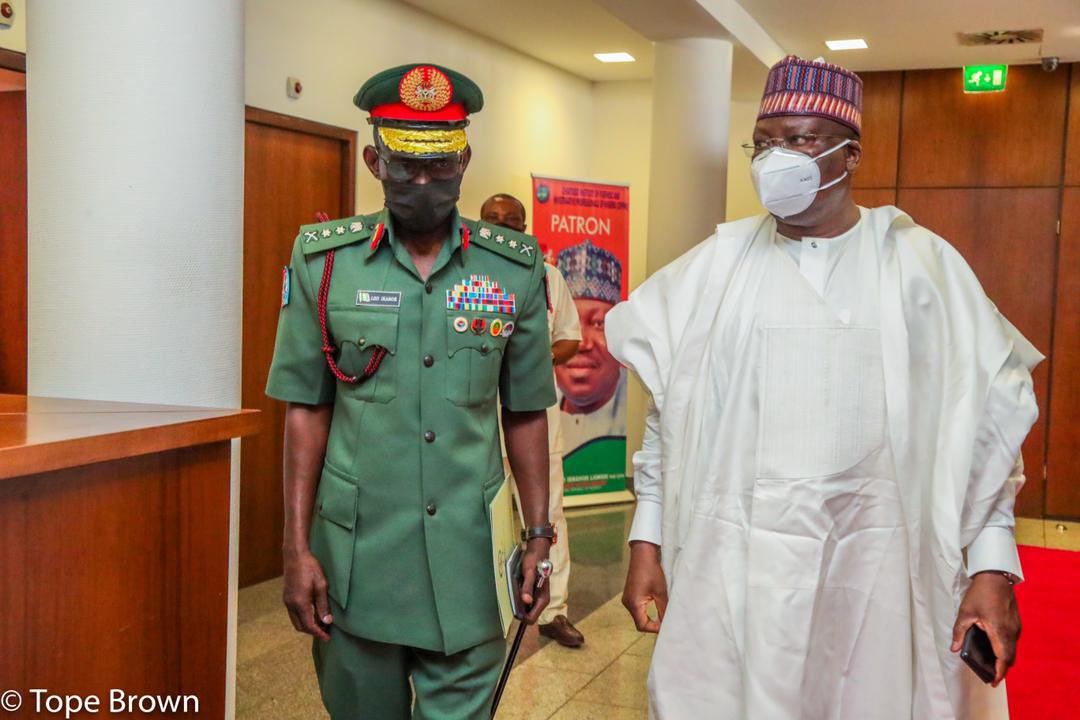 President of the Senate, Ahmad Ibrahim Lawan on Monday, met with the Chief of Defence Staff, Lt Gen. Lucky Irabor in his office at the National Assembly in Abuja.

Naija News reports that the meeting, which held behind closed doors discussed the current security situations and challenges in the country as well as ways to tackle them.

Nigeria has been facing renewed attacks in recent days with the troops battling Boko Haram insurgents in the North while cases of student kidnapping across different states have increased in the last few days and attacks on security formations frequently appearing in the news.

With the growing cases of insecurity, it will be recalled that on Monday, unknown gunmen razed the Okigwe South Police Area Command situated in Orieagu in the Ehime Mbano Local Government Area of Imo State.

A police officer at the headquarters who spoke with Punch noted that the gunmen on arrival at the station opened fire on the cops who challenged them.

It was gathered that the armed men also release all the suspects in the cells and carted away their arms.

The source further stated that not less than five policemen were shot dead by the attackers as they set the security facility on fire.

In another development, armed bandits have killed two more students abducted from the Greenfield University in Kaduna State.

A statement credited to Mr. Samuel Aruwan, Commissioner, Ministry of Internal Security and Home Affairs, Kaduna State on Monday, April 26 noted that the lifeless bodies of the students were discovered on Monday, 26th April.

Naija News understands that the security agencies have notified the State Government of the recovery while the retrieved corpses have been evacuated to a mortuary, and the university has been notified of the development.