The video of how suspected bandits burnt the mansion of Imo State Governor, Hope Uzodinma located in his country home of Omuma, Oru East has emerged.

According to information gathered, some of the attackers dressed in black outfits and using face covers to block their identities were seen armed with guns and machetes.

They used car tyres to start the fire.

Apart from setting the house on fire, cars and buses in the compound were also burnt while two security guards on duty were killed. 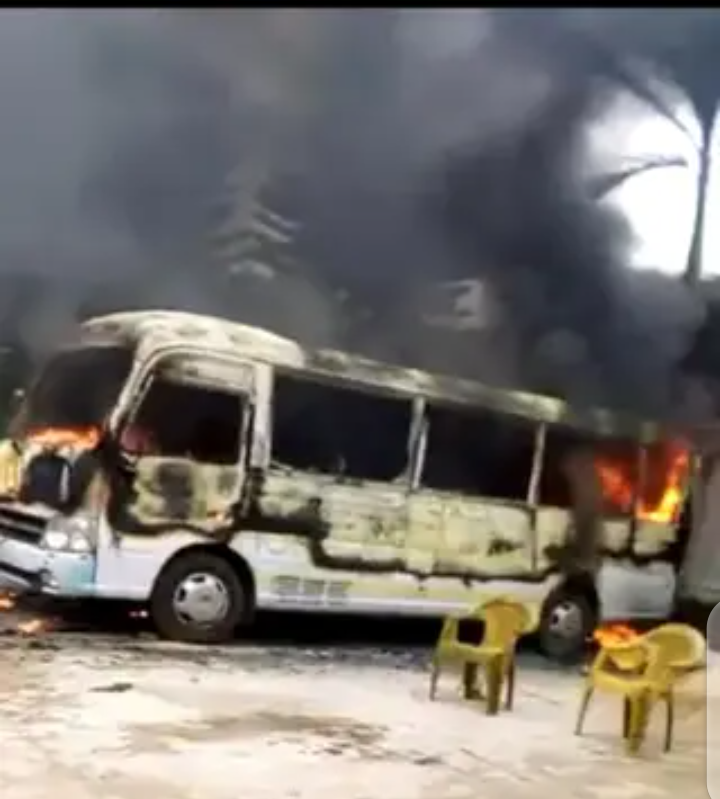 As earlier reported by Naija News, the armed men stormed the governor’s village in the early hours of Saturday, April 24.

It was also reported that the military has taken over the entire community due to the tension generated by the incident.

The state Commissioner for information and Strategy, Declan Emelumba, confirmed the incident.

He also confirmed that two security men at the governor’s house lost their lives during the attack.

Watch the videos of the attack below.

BREAKING: Video showing moment Hope Uzodinma’s residence was attacked and the attackers has emerged. Some of the attackers dressed in black outfit with face covering were seen armed with guns and machetes. One was seen rushing inside with used tyre ostensibly to start fire. pic.twitter.com/B7OQcyXHzP

JUST IN: According To Reports, The House Of Hope Uzodinma In Omuma Imo State, Was Allegedly Set Ablaze By Unknown Gunmen Just This Morning. pic.twitter.com/pNEfJGYYvv

The development comes barely 24 hours after the Imo State Governor on Friday blamed politicians for the rising wave of banditry, kidnapping, and other crimes in many parts of Nigeria.

The Governor added that the criminals are funded by politicians who want to paint the administration of President Muhammadu Buhari in a bad light.

He also called on security agencies to expose and publish the names of the politicians behind the various acts of insecurity.

Uzodinma made the call while addressing journalists at the end of a closed-door meeting with the President at the Aso Rock Villa in Abuja.