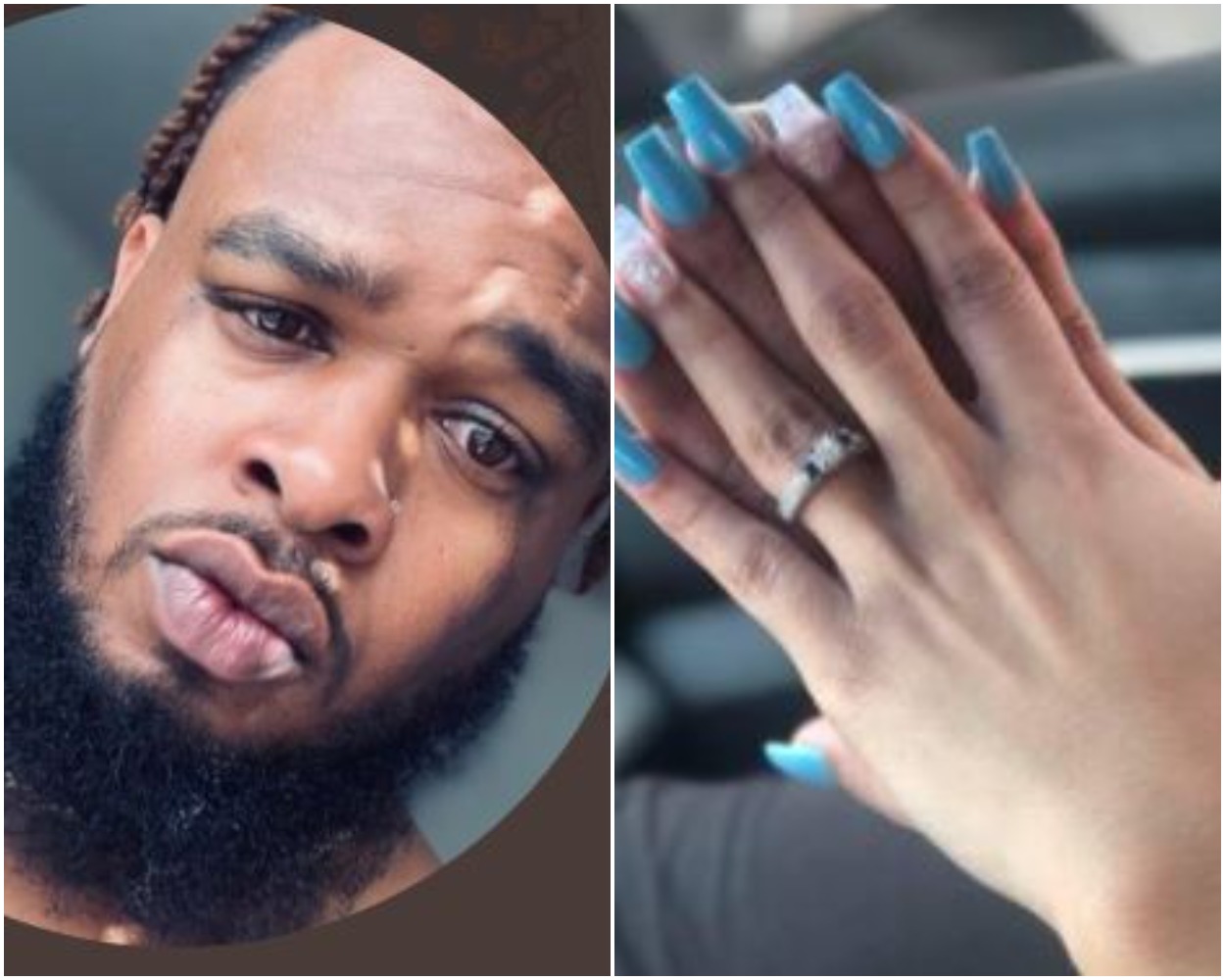 An American man has taken to the microblogging platform to narrate the story surrounding his engagement.

The man identified as PapaBareLaFlare via Twitter talked about how his fiancee cheated on him with his brother, which led him to stay at a mental facility for a month.

Sharing a photo of his engagement rings, he wrote;

”She finally said yes! I was heartbroken the first time she said no but I knew she thought I hadn’t forgiven her for sleeping with my brother. But that trauma was cleared when I stayed at the mental facility for a month. Glad we can grow together so true love can win. #LoveWins I think all the negative comment are disgusting .. one day, y’all want black women to be loved and black families to stick together but i cant forgive her for making a couple mistakes with him?At least its my brother it could have been my best friend.#LoveWins #SaveTheHate.”

The tweet however, became a growing sensation as many social users stormed his page to disapprove of his decision to settle down with  the same girl who broke his heart.