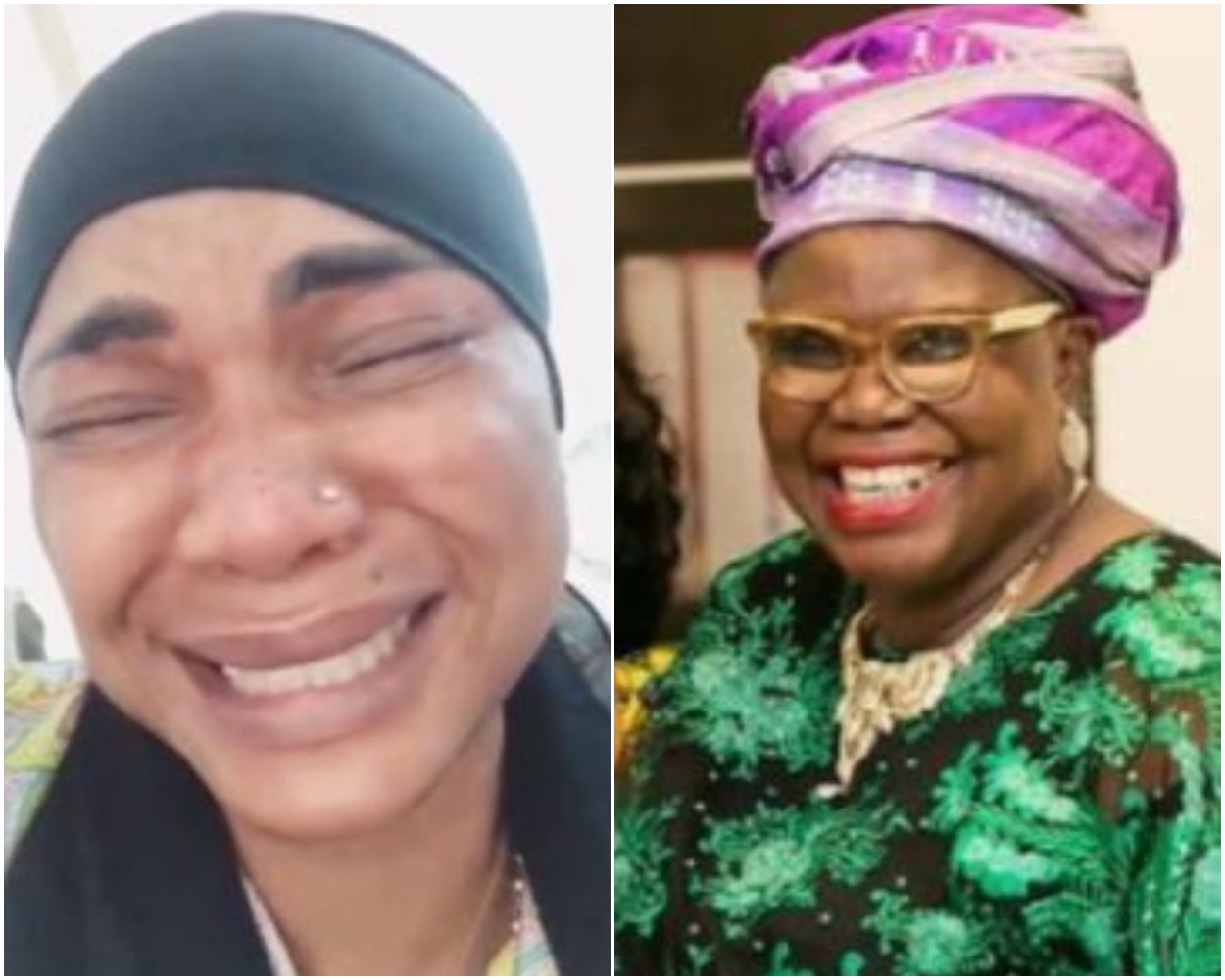 Nollywood actress, Iyabo Ojo has opened up about how hurt she is about her mother’s death whilst defending her stance about her daughter getting married at 24.

This came after a video surfaced online in which popular actress, Iyabo Ojo, told her daughter, Priscilla, that she wanted her to be engaged at 23 and married at 24.

The video stirred reaction online with some fans saying it was good to get married early, while others wanted the actress to stop pressuring her daughter.

The actress however defended her actions on Saturday Beats, She said, “It is always a mother’s dream that their kids get married, settle down and have children. Trust me, this world we live in is vanity. Everything we have, we are going to leave behind. The only things that will remain are the children that we bore and the memories we had. Kids are a blessing, if one is blessed to have them. Every mother would love to see their grandchildren. I am still very hurt that my mother did not live long enough to see her great-grandchildren because it was my desire for her.” The actress also maintained that it was a mother’s duty to ‘stress’ their children and push them to be better versions of themselves. She said, “I read some comments that I should not stress Priscilla. We, African mothers, stress children. We stress them to go to school, to pass their exams, and to become good. It does not mean they won’t turn out to be their own persons. It is a mother’s duty. A mother’s job is to be behind their children and keep pushing them to be better versions of themselves.”