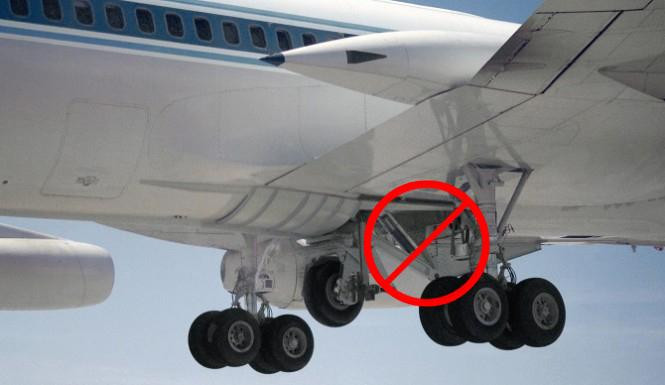 The federal government of Nigeria has opened an investigation into the case of a stowaway discovered on a plane that flew from Lagos to Amsterdam in the Netherlands.

The government declared that CCTV footages are being reviewed to show how the stowaway beat airport security and found his way to the plane.

It will be recalled that Naija News earlier reported that the body of an unidentified man has been discovered in the landing gear compartment of a plane that flew into Amsterdam, the Netherlands from Lagos Nigeria.

It was gathered that the KLM plane arrived in the Netherlands from Nigeria on Monday, April 19 through Amsterdam’s Schiphol Airport.

The body was said to have been discovered by the airport technical staff with initial reports suggesting the yet-to-be-identified man was killed by freezing temperatures during the flight.

Dutch security authorities have confirmed the body and have also commenced investigations into the man’s identity and cause of death.

Similarly, the government of Nigeria has said the case is now under investigation.

The South-West Regional Manager of the Federal Airports Authority of Nigeria (FAAN), Victoria Shin-Aba was quoted by Daily Trust to have said on the matter that: “We are trying to investigate it whether it is from here (Lagos Airport) or somewhere else. We are trying to find out through the CCTV and this is ongoing.”

Meanwhile, the family of the late spokesman of the Afenifere, Yinka Odumakin, has released the details of his burial and warned people not to fall into the traps of those soliciting funds for his burial.

The wife of the late human right activist, Dr Joe Okei-Odumakin, called on people to adhere strictly to the programmes issued by the family.