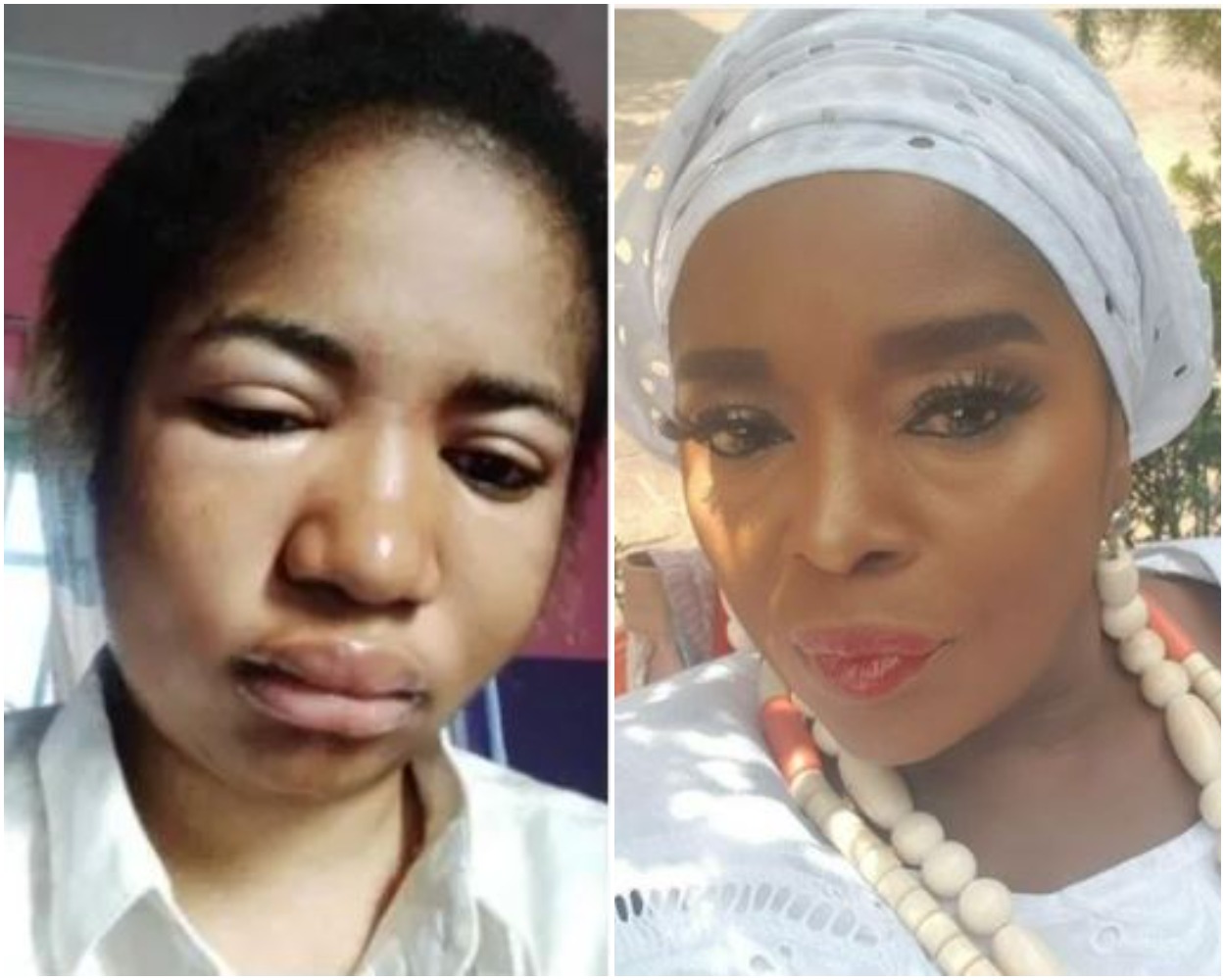 Naija News recalls that Nollywood actress Rita Edochie was amongst persons Ada Jesus sought forgiveness before her death. The actress had earlier condemned the ailing comedian to death for speaking very ill of her and her reputation but finally forgave her after an outcry ensued.

However, after the death of the comedian, angry Nigerians stormed the veteran actress social media pages, raining curses and swore on her and her family for her wickedness and unforgiving heart.

The actress has, however, reacted to the heap of ‘curse attack’ rained on her and her family. Sharing a video of American rapper, Kanye West, singing one of his hit song ‘Jesus Walks’ on a plane with some choir, Rita captioned it; ”Jesus is Lord forever. Lord Almighty made me a strong woman, and that I will remain. The seed can not be killed.”

Naija News reported earlier that the popular Nigerian Comedienne, Ada Jesus has died few days after she marked her birthday on the hospital bed. Ada Jesus whose real name is Mercy Cynthia Ginikanwa died of kidney failure at an Abuja hospital where she had been receiving treatment. She died at the age of 24, having been born on 19th February, 1997.