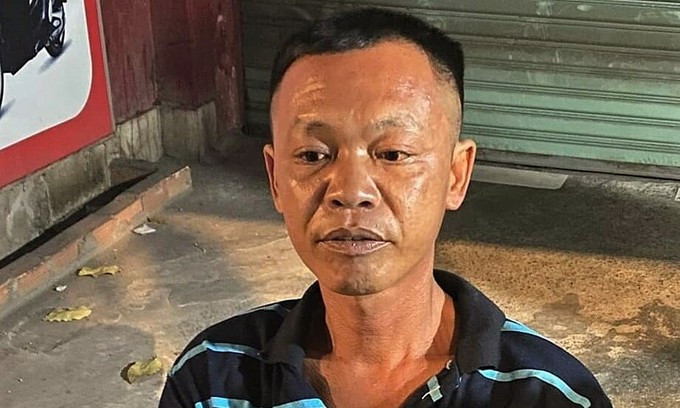 One Nguyen Quoc Lam is reportedly answerring questions from Vietnam police authority over alleged sexual violation of a 2-year-old girl.

Naija News understands that the suspect was accused of raping the minor who happens to be the daughter of their housekeeper.

The 38-year-old man was reportedly caught in the act by the victim’s mother who often worked for his (Lam’s) family in the central province’s Lien Huong Town. The housekeeper and her daughter are said to be homeless, hence the young girl often rests at Lam’s apartment while the mother does rest her head on the street.

The suspect who is now being investigated under charges of “rape of a person aged under 16”, was nabbed after the housekeeper on April 17, upon entering the house to commence her daily routine heard her daughter’s cries.

Rushing to her aid, she said, she saw Lam raping the girl, and so decided to inform the police. Lam ran away immediately after.

Confirming his arrest, the deputy director of the Binh Thuan police department, Pham That, said on Tuesday, April 20 that officials of the force eventually managed to track him down at a relative’s house in Ho Chi Minh City’s Tan Binh District, on April 18, where he was arrested.

Such an instance of rape could be punishable by death in Vietnam, he mentioned.

Meanwhile, the Chief Imam of Kwangwami Jumuat mosque in Kwangwami community in Zurmi Local Government Area of Zamfara State, Alhaji Liman Auwalu, and one villager have been killed during an attack on the community by bandits.

Naija News reports that villagers that spoke on the incident, noted that the bandits destroyed many farmlands and made away with cattle and other valuable properties.