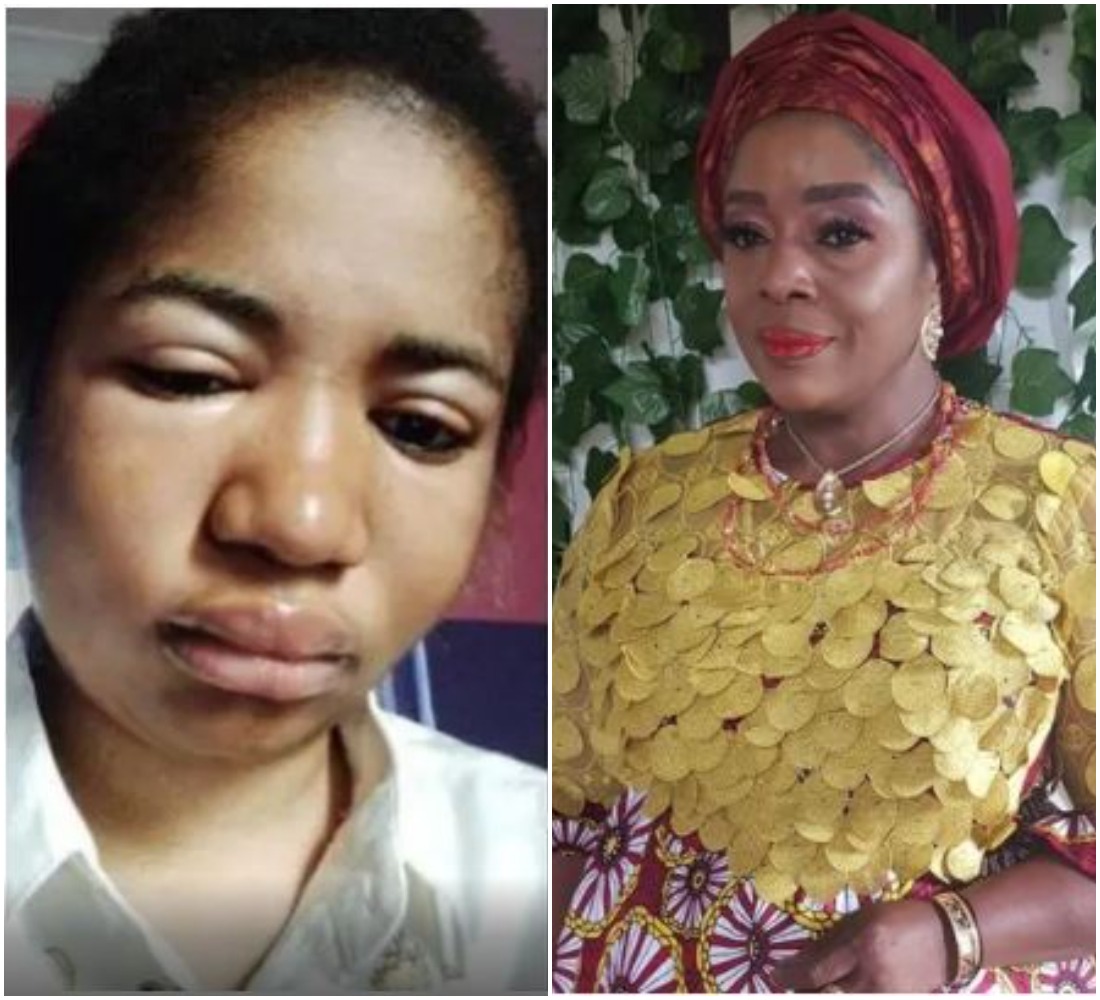 Naija News reported earlier that the popular Nigerian Comedienne, Ada Jesus has died few days after she marked her birthday on the hospital bed. Ada Jesus whose real name is Mercy Cynthia Ginikanwa died of kidney failure at an Abuja hospital where she had been receiving treatment. She died at the age of 24, having been born on 19th February, 1997.

Despite, the veteran actress Rita Edochie publicly forgiving Ada Jesus a few days before her death, Nigerians on social media have stormed the Instagram page of the actress raining curses on her in anger.

luckystar2019 wrote; ”You said it Ada will not come out from the sickness.how I wish you made that comment in a well organised countries and end up in jail . As a mother you hurt humanity today .”

@luckycommunications wrote;”To celebrate your son when you are happy at another persons child death abi. It shall not be well with you woman.” 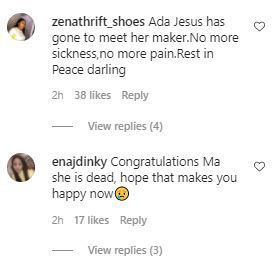 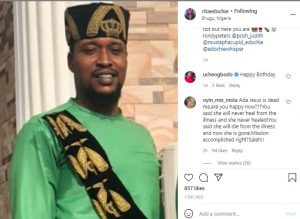 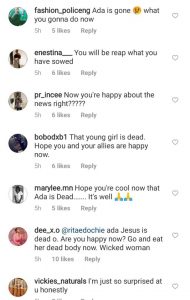 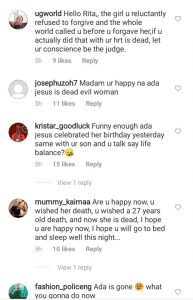 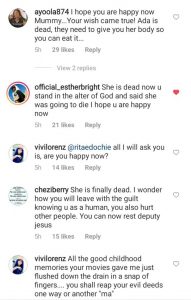 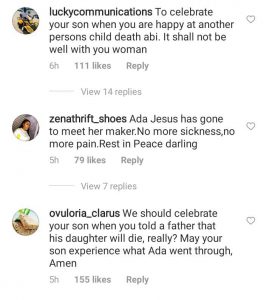