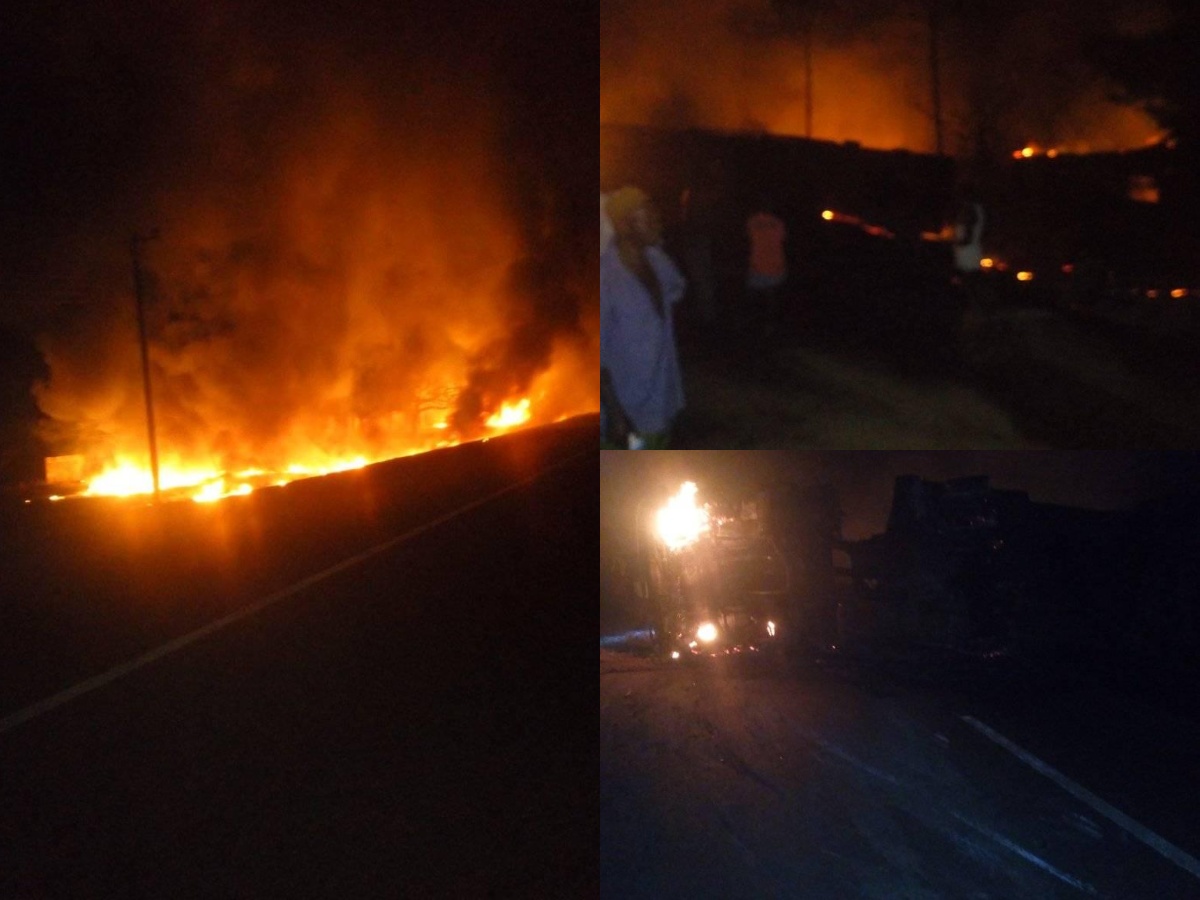 While residents are yet to recover from the tanker explosion that rocked Oshigbudu in Agatu Local Government of Benue State, another explosion has been reported on Tuesday morning.

Reports reaching Naija News at this time confirmed that a reoccurrence of the explosion was recorded in the community at about 3 am on today.

Otache Gabriel, a resident of the community, confirmed the disturbing development a few hours ago on his Facebook page.

He wrote: “Another fire outbreak in my community again. After first tanker explosion on Sunday, another one today around 3am this morning; houses are burning.

“God have mercy on us oo. Benue state is turning to another thing. God, two tanker explosions in one community.

When contacted by Daily Post, the Agatu Local Government Secretary, Oteyi Sunday said the conductor of the truck has been arrested while the driver is on the run.